Described as the Ultimate GT by the company’s CEO, Bugatti La Voiture Noire has made global debut at the 2019 Geneva Motor Show. It is based on Chiron, but comes with a lot of custom work, on the inside as well as outside. La Voiture Noir is French for The Black Car. It is inspired by the Bugatti of yesteryear, ‘a reminiscence of the Type 57 SC Atlantic’.

The entire bodywork is of handcrafted carbon fiber. Design highlights include bumper integrated into the body, windscreen seamlessly flowing into windows, which is infact inspired by helmet visor. 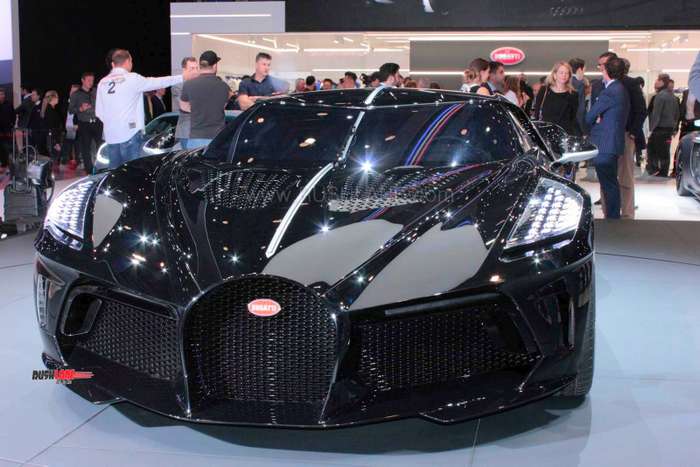 Powering the Chiron Black Car is a similar engine as is seen on the Chiron Sport. This 8.0 liter quad turbocharged W16 engine offers 1,500 PS power and 1,600 Nm torque. It allows for acceleration from 0 to 100 kmph in 2.5 seconds and a regulated top speed of 420 kmph. Its price is €16.7 million or Rs 118 crores, including taxes. This makes it the most expensive new car ever to be sold in the world.

As per reports, the car is bought by Ferdinand Piëch, who is the 78 yr old grandson of the inventor of VW Beetle – Ferdinand Porsche. Piëch was also the Chairman of Volkswagen Group for about two decades. He resigned in 2015 after losing a showdown with Martin Winterkorn. 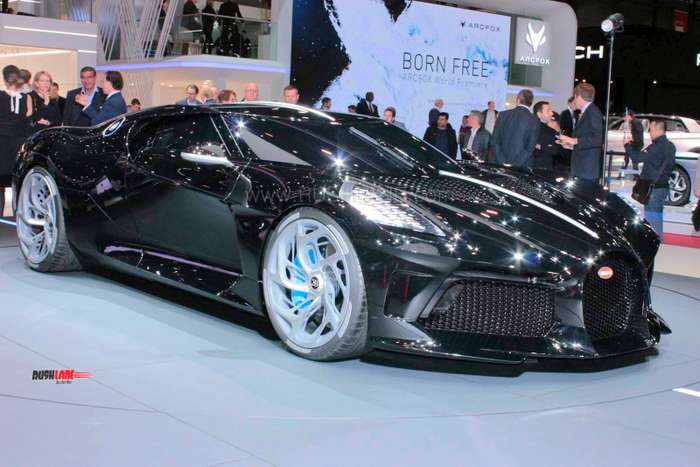 Apart from the Bugatti Black Car, there is also another Chiron based sportscar, which has made its debut at the Geneva Show. This is the Chiron Sport ‘110 Ans’ Edition. It is built to pay tribute to France and in celebration of Bugatti’s 110th Anniversary. 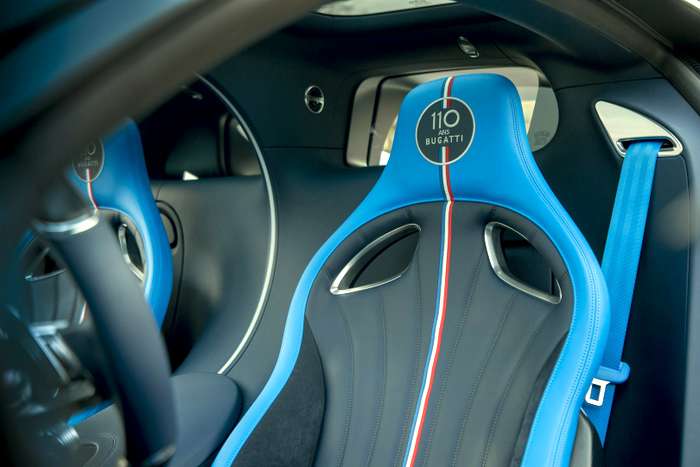 The alloy wheels are painted in Nocturne matte black while calipers get a bright blue color. The diffuser and rear bumper are seen in glossy steel blue carbon with a contrasting matte black exhaust system while the rear spoiler sports the French flag across its width with the matte black Bugatti logo in the center.

Carbon fiber is seen on the steering wheel, steering column and seats. Door trims, sides and seats are done up in soft Deep Blue leather while Blue French Racing elements are seen on storage compartments, belt trims and window buttons. A sky view glass panel will be offered as standard on the special edition, which includes two glass panels in the roof divided by a central spine.