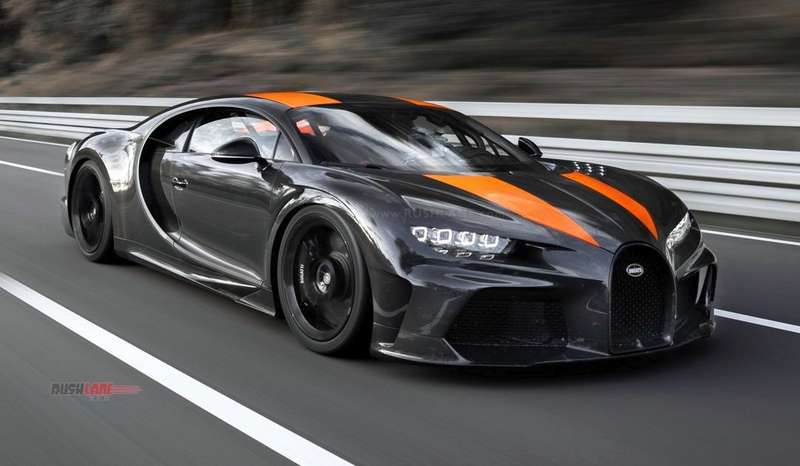 Bugatti has breached the 300 mph (482 km/h) barrier. The Chiron prototype with official test driver, Andy Wallace behind the wheel was put through the paces at the Volkswagen owned test track in Ehra-Lessien near Wolfsburg on August 2, 2019.

Bugatti Chiron hypercar prototype clocked top speed of 304.773 mph (490.484 km/h) as verified by German TUV. Bugatti has worked with Michelin and Dallara these past 6 months to create a new Chiron version capable of getting past the 300 mph barrier.

By doing so, it becomes the first hypercar to get here. In ordinary use, the vehicle has a 261mph electronic speed limiter, and a 310mph speedometer. In 2017, a Koenigsegg Agera RS touched 284.55 mph (277.87 mph two-way average). The Chiron’s run goes beyond that, and much more. Below is the Bugatti Chiron top speed video.

At 25cm (9.84 inches) longer, the Bugatti Chiron test car is built for purpose, and set to specs to reduce drag. A rear long tail with reduced cross section helps check drag. Rear wing and airbrake are removed and replaced with a static unit. Redesigned elements aided reduced drag, improved aerodynamics, and vehicle stability at such speeds. There’s a larger front splitter, and air outlets over the wheels.

Engine tweaks were necessitated. The quad-turbo 8.0-litre W16 engine output was upped from 1479 HP (1500 PS) to 1578 HP (1600 PS). Transmission and AWD were stock. The record breaking units as per the company is a ‘near-production prototype’.

The passenger seat gave way to computer systems. A roll cage and driver safety seat was fitted. Weight saving was facilitated through removal of parts not required for the speed attempt.

And with the title of ‘fastest car’ being a precious one, Bugatti is now keen on a future which focuses on another areas of a car’s existence. As it stands, Bugatti is moving away from from competition that rests on producing the world’s fastest serial production car.

Bugatti’s to the point tweet regarding the feat reads as follows – ‘A new World Record has been set! A derivative of the hyper sports car Chiron 1 surpassed the 300mph boundary, with a speed of 304.773 mph (490.484 kph).’