Bugatti has entered into an alliance with Little Car Company of London to produce 500 miniature electric Bugatti cars. Priced from $35,000 (Rs 26.18 lakhs), a total of three variants are on offer.

Reminiscent of the original Bugatti Baby from over a century ago, its history goes back to 1926 when Ettore Bugatti made a half size replica of the Bugatti Type 35 racing car for his youngest son.

Though there was only supposed to be one such example, the attention that it got from customers who visited the Company’s Molsheim factory in France, was so great that they decided to launch an electric car inspired by the same. Below is a short video of this Bugatti electric car.

Baby Bugatti II is around 75 percent the size of a Bugatti Type 35 model. Its reduced dimensions now make it suitable for teens as well as adults to drive. It is offered in three variants. The base variant is presented in two driving modes of Novice and Expert. Novice has a range of 19 km per hour while in Expert mode, this goes up to 48 km per hour.

The other two variants are Vitesse and Pur Sang which are priced at $50,000 (Rs 38 lakh) and $68,000 (Rs 51 lakh) respectively. These two variants come with Speed Key function. This Speed Key ensures that the electric Bugatti Baby II is capable of a higher level of performance, with acceleration from 0 to 60 kmph in 6 seconds. 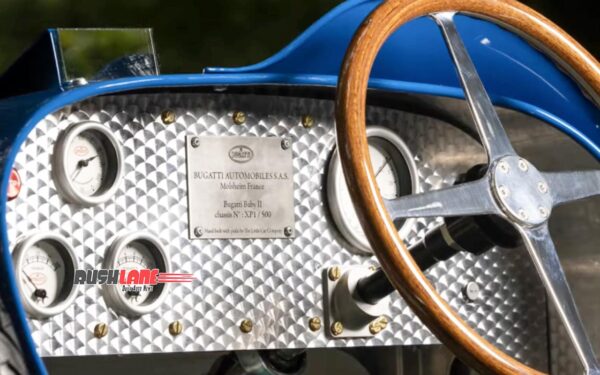 Baby 2 Vitesse and Pur Sang have a top speed of 70km/h and has a driving range of over 50 kms per charge. The buyers of these top two variants can select paint colours which include all the colours offered on the Chiron. Customers can also go to the online configurator at bugattibaby.com; and customize their own Baby II.

Bugatti Baby II base variant gets a composite body and a 1.4 kWh battery pack. Vitesse gets a more powerful 2.8 kWh battery while the Pur Sang variant uses the same mechanics as seen on the Vitesse but gets a hand formed aluminum body as seen on the original Type 35.

These cars were supposed to be limited to just 500 units, but will all models sold out following the unveiling, the company has plans to produce a few more models.