Founded by Ettore Bugatti back in 1909, French hypercar manufacturer Bugatti Automobiles is a part of Volkswagen Group. Today, Bugatti makes some of the most advanced examples of automotive engineering that take ample inputs from the aviation industry. Since the brand has come under several ownerships over the decades, Bugatti’s forte has to be divided into eras such as pre-war, post-war, ‘EB110’, ‘Veyron’ and the current ‘Chiron era’.

Coming to the 21st century, the level of expertise and sophistication that have gone into the Bugatti Veyron and later models’ development require multi-volume books or video series to explain in full detail. Bugatti hypercars are more than ‘just’ top speed chasers. Let us dive into some interesting facts of one of their basic yet crucial components — the Bugatti air-conditioning system.

Not your average climate control

Julia Lemke, Technical Coordinator & Lead Designer of Bugatti A/C systems, has a major task in her hands. She has to ensure that the automatic climate control functionality (something which almost everyone takes for granted) in the new Chiron Pur Sport, Divo and Chiron remains flawless whilst idling in traffic or crossing 400km/h.

The basic design of Bugatti’s A/C units is somewhat identical to a conventional system. It comprises of two condensers (only one in average cars), a central control unit, compressor and air passages (~9.5 metres long in this case). Julia states that an ‘air con’ works best when passengers do not notice its presence. Furthermore, the system has to bring the cabin to the set temperature as quickly as possible, regardless of driving or surrounding conditions.

In a Bugatti “hyper sportscar”, the A/C’s airflow varies with respect to speeds that are particularly high. Unlike in normal cars, air comes from beneath the windshield only up to 250km/h. From then, chances of negative pressure are eliminated by optimised blower operation and an additional ram-air charge. 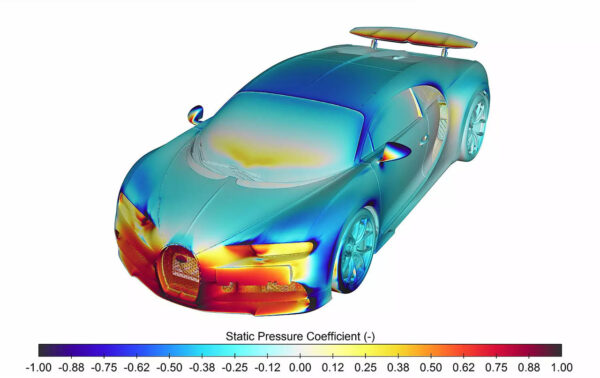 The streamlined design of a Bugatti adds a near-flat windscreen with almost double the surface area of a mass-production passenger car. As a result, the cabin heats up faster than usual. Interior heat accumulation increases even more if the car is equipped with Bugatti’s optional Sky View glass roof.

In order to prevent such a scenario, the hypercar’s 10kW compressor and dual condensers are configured to produce enough output for cooling down a small 800-900 sq.ft. apartment. The system can compress roughly 3kg of coolant per minute from approximately 2 bar to 30 bar pressure. This is one of the most powerful car A/C systems in the world. 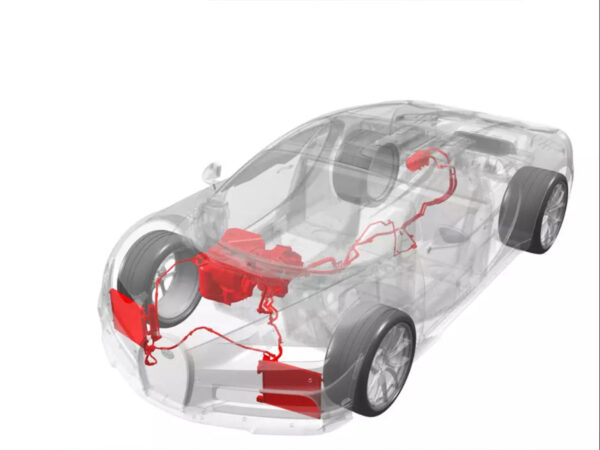 Another challenge is to isolate the entire air con system from the 8.0-litre quad-turbo W16 engine’s ambient temperature. In fact, the compressor has an independent cooling mechanism since it sits in close proximity with the exhaust system. Despite packing unparalleled levels of engineering, Bugatti A/C systems still have room for improvement. Julia Lemke is actively into research and development of cooling systems that can provide industry-leading efficiency, energy savings, NVH controls and draught reduction.