For a company with such limited production, these recalls seem significant

Supercar manufacturer Bugatti has issued a recall which has affected 77 units of the Chiron range of models in the USA. Two separate recalls have been issued by the Italian hypercar manufacturer worth millions of dollars as reported by the country’s National Highway Traffic Safety Administration (NHTSA).

These recalls involve Chiron, Chiron Sport and Divo models of Bugatti’s hypercar range. For a multi-million dollar limited-production hypercar, Chiron has been left embarrassed more than its liking. While these models hold different positions in Bugatti’s lineup, they are very much similar underneath.

First of the two recalls involves all three models and affects 73 units of the supercar range manufactured between 2017 and 2020. NHTSA has confirmed that this recall is to address a software fix in the electronic stability system which, if left unchecked, could potentially lead to accidents. The problem reported states that after moving through the ignition cycle, the system does not return back to its default setting after being put in “handling mode”.

NHTSA adds that these cars don’t comply with the Federal Motor Vehicle Safety Standard norms regarding “Electronic Stability Control Systems.” Bugatti assured that a simple reprogramming should fix the issue. 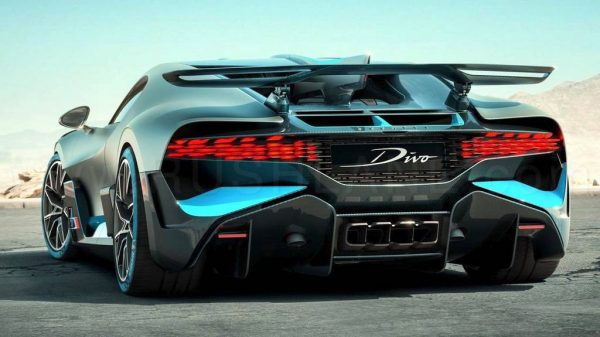 The second recall pertains to an issue with the rear left driveshaft which in the worst case could detach from the car, causing a fatal mishap. The complication has been pinned on its German supplier CP Tech GmbH as it states that “the material strength of the rear-left drive shaft is found to not be within the acceptable specification tolerance”. Bugatti has assured that it will be replacing the faulty driveshaft free of cost.

Under certain extreme driving conditions, the driveshaft could fail without even a prior warning and if it does, it could lead to other parts of the car falling off. This would also pose a threat to other vehicles on road as well. In case if the components fail, the gearbox and engine lights will flicker on the instrument cluster and the car would then enter into a ‘Limp Mode’.

The official recall as notified by NHTSA was issued on November 30, however, Bugatti is yet to notify some of its customers. The recall itself is slated to commence on December 16, 2020. Those who haven’t heard from the Italian brand yet can contact the company. This recall is significant since Bugatti has very limited production and all cars cost millions. The last recall by Bugatti was issued back in 2018 when a few units of Chiron had some issues with side airbags.