Chinese EV company BYD is all geared up to make a mark in Indian 4W EV segment. BYD stands for Build Your Dreams and is quite an immense company when it comes to sheer manufacturing numbers. If you say that BYD gives Tesla nightmares, you’re not wrong. Currently, BYD has crossed Tesla in terms of sales too. The car that BYD debuted in India was e6 and was initially only offered for fleet owners.

As we know, India is all about SUVs and an MPV like e6 is unlikely to garner sales. In comes BYD Atto 3 electric SUV which has pretty much everything that an Indian EV buyer would want from their SUV. It features sharp lines and a strong, sporty posture adding to the vigorous aesthetics of the Dragon Face 3.0 design language led by Wolfgang Egger, BYD’s Design Director. Price is not yet revealed, despite BYD calling this a “launch”.

BYD Atto 3 measures 4,455mm in length, 1,875mm in width, 1,615mm in height and has a 2,720mm wheelbase. The electric SUV gets 175mm of ground clearance and a minimum luggage capacity of 440L, which can be expanded to 1,340L. A large SUV with tech-laden futuristic appeal has to have futuristic gadgetry. That’s exactly what BYD gets.

BYD Atto 3 will be incorporated with a rotatable touchscreen infotainment system. There’s nothing wrong with a fixed design, per se. Apart from just personal preference, this rotatable touchscreen might have use cases too. Android Auto favours vertical screen orientation as it is designed to scroll vertically. Whereas, Apple CarPlay favours horizontal screens due to its horizontally swipeable panes-like operating system. BYD is providing an option to choose from. Choices are always appreciated by consumers.

Personally, I would choose buttons and knobs over touchscreens any day of the year due to their supremacy in physical tactility. But your choice may vary. BYD has launched the Atto 3 electric SUV with the larger 60.48 kWh battery that promises 521 km of range from a single charge (ARAI). BYD didn’t mention anything about the smaller 49.92 kWh battery models. 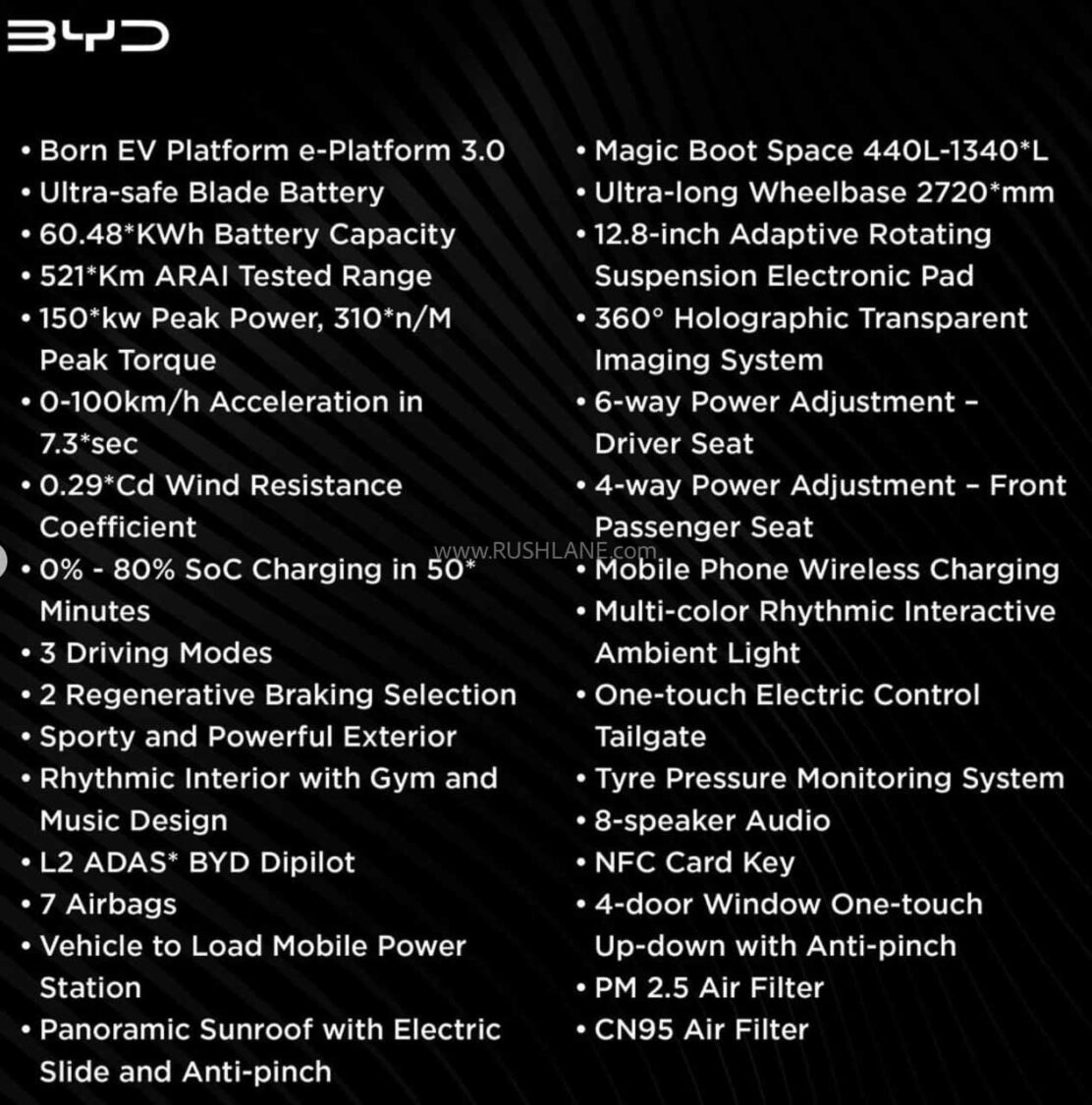 BYD-ATTO 3 is powered by the Blade Battery, which passes the nail penetration test, one of the industry’s most rigorous tests for batteries. The battery also emerged unscathed and fully operational after a 46-tonne truck drove over it without exhibiting leakage, deformation, or smoke (company claimed). BYD Atto 3 electric SUV sits above MG ZS EV and below Volvo XC40 Recharge, Kia EV6 and the likes that get around 80 kWh battery pack. BYD promises to participate in 2023 Auto Expo and come up with multiple new products. Bookings are open for a nominal price of Rs. 50K.