With the launch of the Tesla Model 3 all-electric sedan, global automotive markets received a new benchmark to meet. Besides being an affordable EV (in Tesla standards), the Model 3 proved that ridiculous performance numbers and advanced technologies could be achieved from a significantly lesser price point, as compared to the popular scenario of ICE vehicles. For the same reason, it has become a runaway success and leading automakers are coming up with some tough rivals.

Chinese automaker BYD Automobile has announced its entry to the party by unveiling the all-new Han EV for European markets. The company shares that it will be the first product in its portfolio to feature ‘Blade Battery’ technology.

BYD Automobile plans to launch the EV in its home market sometime in June 2020 after which it will be filtered down to potential markets, starting with Europe. There is some uncertainty regarding its introduction in both LHD and RHD formats since Europe includes markets that follow either. Various reports state that it will be priced relatively higher in Europe to play in the segment, GBP 40,000-49,000.

Interiors are well-appointed with elements such as quilted leather seats (in red), digital instrument console, extra-large touchscreen unit and some unique material usage. Notable highlights include 5G connectivity and a host of ‘DiPilot’ driver assistance functions (claimed to be self-learning and self-evolving). A sense of occasion is evident inside unlike the Tesla Model 3 which follows a minimal approach (arguably counter-intuitive as well). 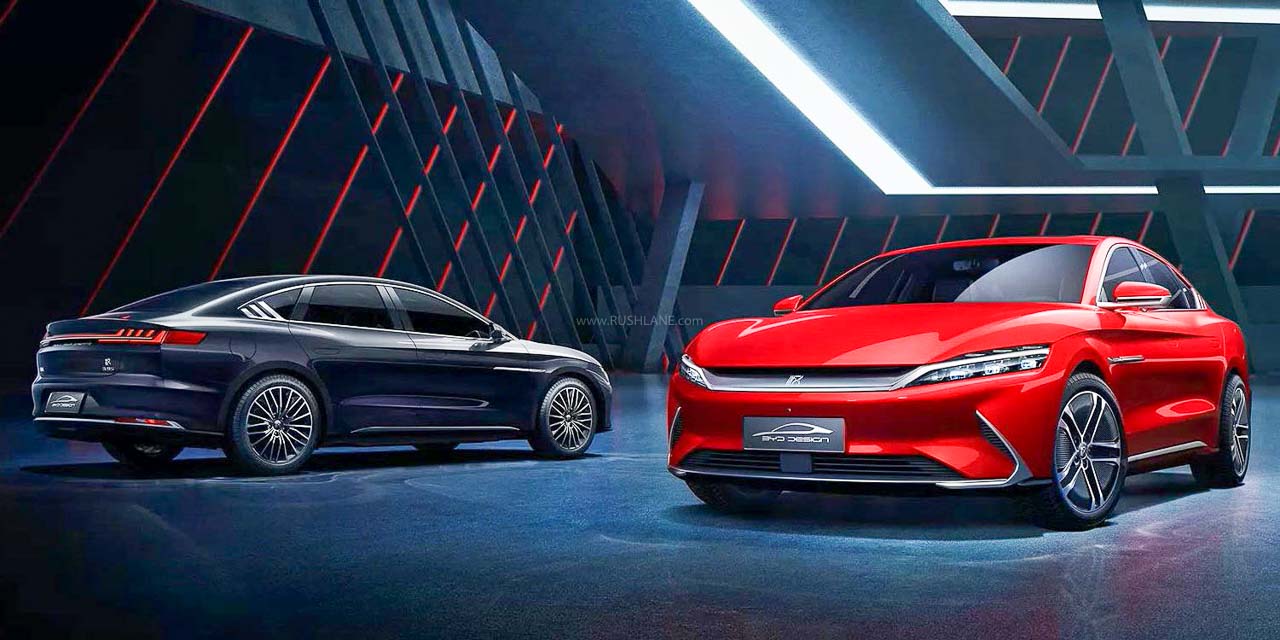 The BYD Han EV is the first mass-production EV from China to employ Bosch’s IPB Intelligent Integrated Brake System. On the other hand, the silicon-carbide motor control system promises a 0-100km/h acceleration sprint in under four seconds.

Thanks to its ‘Blade Battery’ architecture, the battery pack is reportedly simpler and much more space-efficient in addition to being better on range and safety standards. In fact, the range figure (as per NEDC or New European Driving Cycle) stands at 376 miles (~605km). A number based on WLTP (Worldwide Harmonised Light Vehicle Test Procedure) will be released soon.