Chinese automaker BYD has introduced a new mid-size crossover in its domestic market to take on the likes of VW Tiguan. The feature-laden BYD Song Plus features a modern design inside out and offers premium features.

Measuring 4,705 mm in length, 1,890 mm in width, and 1,680 in height, the BYD Song Plus is one of the largest SUVs in its segment. The ‘Dragon Soul‘ design philosophy appears to taken inspiration from several other brands but the end result is a handsome and proportionate looking crossover. 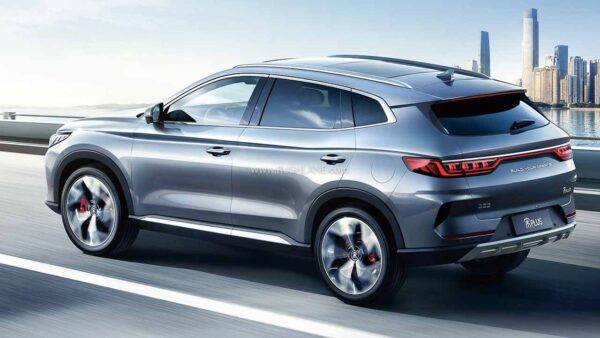 The BYD Song Plus sports a floating design concept on the inside with what the manufacturer calls as the world’s first mass produced gradient interior. The colour theme transitions between brown and black seamlessly. In addition to a massive touchscreen infotainment system, the crossover also features a smart interaction digital screen for the front passenger.

BYD says that the rear seats are designed to offer business class-like comfort with their optimum 28-degree lean angle. The SUV has a boot capacity of 574 liters which can be further expanded to a massive 1,477 liters with the rear seats down. 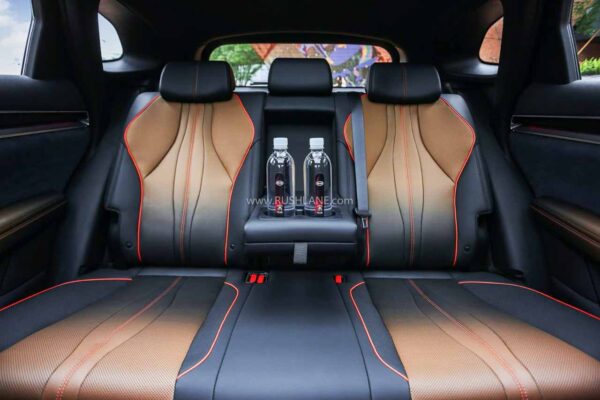 The BYD Song Plus is powered by the automaker’s new generation 1.5-liter turbocharged petrol engine which is claimed to offer 20% more power and consume 15% less fuel. The motor is mated to a 7-speed dual-clutch transmission and is tuned to deliver 182 hp and 288 Nm of torque.