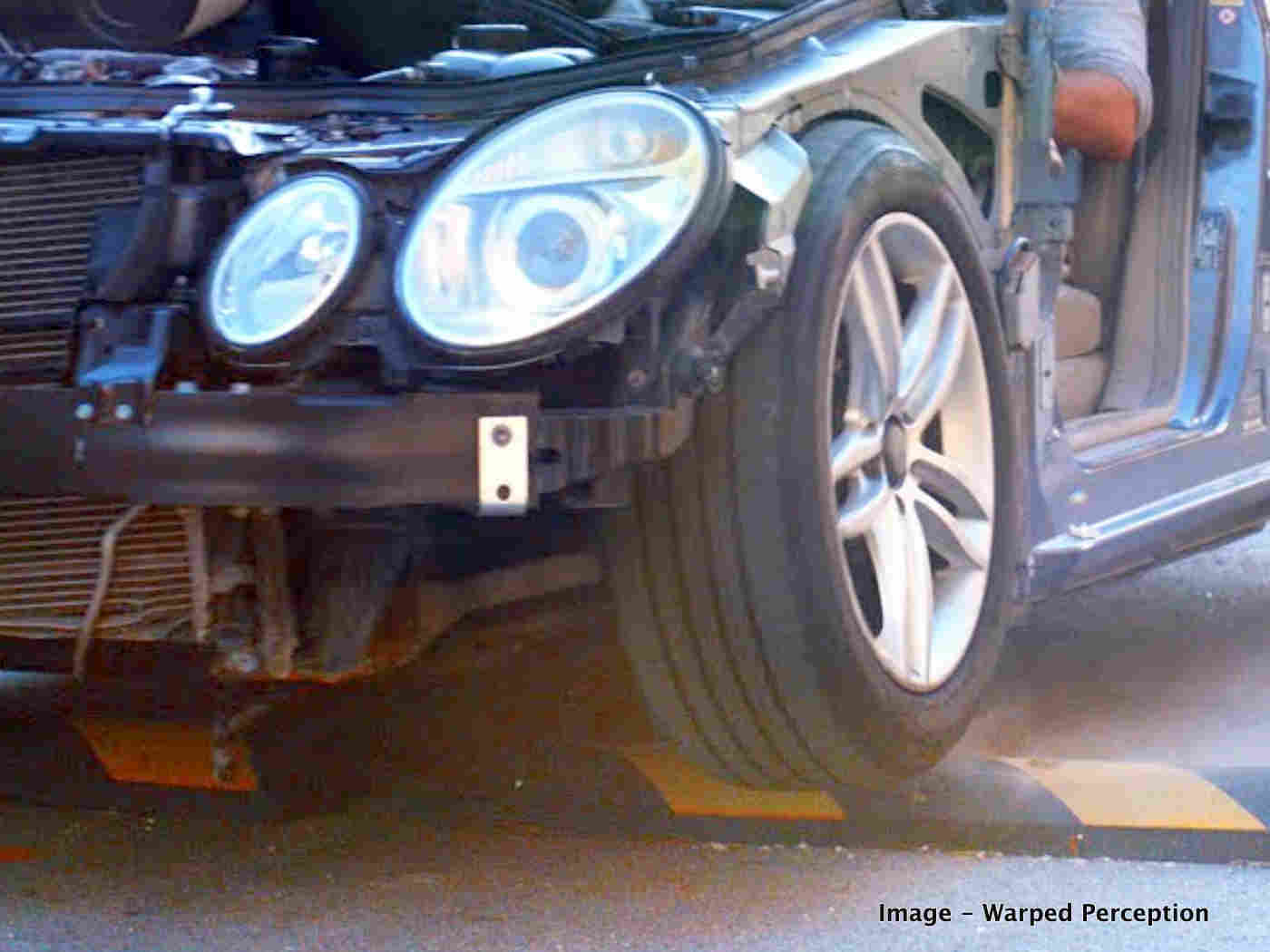 If you happen to own that car, you feel like as if you placed your own foot on some Lego block which you didn’t notice. You feel bad that you made your car’s suspension feel all the jolt and pain and silently hope that it forgives you.

Well, if you could relate to the above scenario, the Warped Perception Team has got an interesting video for you. The video is part of Warped Perception’s ’See Through Car Series’ in which they drive an old stripped-down (without doors, bonnet etc).

Mercedes E Class in various scenarios to record and understand what the car actually goes through when it meets different kind of irregularities on the road. In this video, the Host takes the car through 3 different types of speed breakers and records the impact on the car in slow motion.

The first type of speed bump is a regular asphalt type speed breaker which we find most commonly on roads. The host crosses the speed breaker in different ways. First, he speeds up till the breaker and then hits the brakes exactly when the car is on the top of the breaker. This is a close simulation of how drivers react to an unnoticed speed bump, i.e. press the breaks directly on the speed breaker. The car slams down at its front end and the jolt is clearly visible.

In his next attempt, the host doesn’t slow the car down, neither before nor during the bump. Surprisingly, the landing is smoother and the car glides away easily.

Then, the host moves to a Parking lot and does a similar exercise with the low-lying yellow speed breakers. This is followed by replication of the scenario with heavy-duty larger and higher speed breakers. While the video and results are interesting to watch, what is more applause worthy is that the Mercedes E Class absorbs all the abuse, effortlessly.

The above video was recorded in safe and controlled environment and we would not recommend that you try anything on these lines. As far as speed breakers are concerned, in the interest of your own safety, it is preferred that you slow down because well, that is what ‘speed’ ‘breakers’ are for!