Back in 2015, Hyderabad based Eider Motors announced their plans to launch CF Moto motorcycles in India. CF Moto is a Chinese brand, and Eider Motors had reportedly gotten into an agreement to be the sole distributor of the brand in India.

But in 2016, Eider Motors was declared a fraud company. Their Chairman was arrested for conning people. And that was the end of CF Moto’s journey in India. Until these spy shots emerged.

The question that now arises is – with Eider Motors gone, who is now planning to bring CF Moto brand to India? Lohia Auto or UM could be contenders? Or is the CF Moto 250 NK being tested by a rival manufacturer, for benchmarking purpose? No sure shot answer is available at the moment. 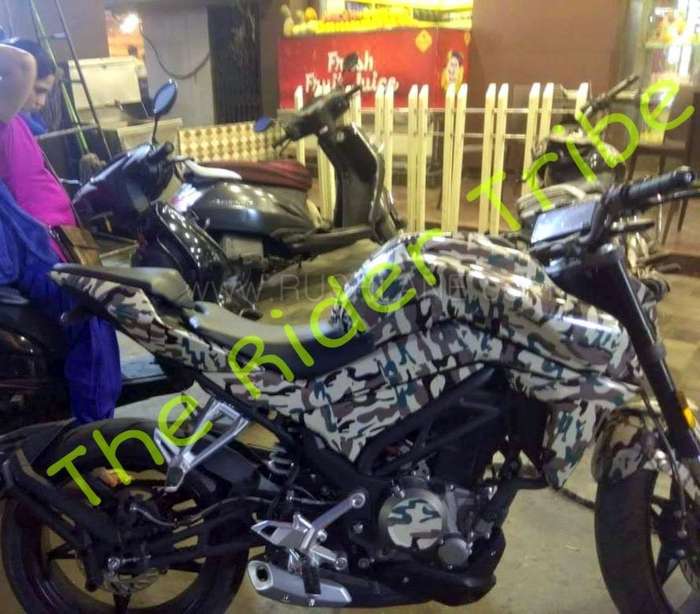 CF Moto claims that they have over 1,900 dealer companions worldwide which help them in selling two wheelers, all terrain vehicles, Side-by-Side utility vehicles, and powersports engines. Speaking about the 250 NK itself, it is on sale in many countries, including China, Australia, Europe, South East Asia, Nepal etc. And unlike some of the other Chinese branded two wheelers on sale in India, this one has actually received good reviews from media as well as owners.

CF Moto 250 NK is powered by a single cylinder 250 cc DOHC engine which delivers 26.51 PS and 22 Nm torque. It has a kerb weight of 151 kgs. The motorcycle has been designed by Kiska Design. It features a modern steel tubular chassis, USD forks in the front, mono-shock at the rear, disc brakes in the front and rear from J.Juan brakes, dual ABS. In Australia, it is priced from AUD $3,990, which is about Rs 2 lakhs. At this price and specs, the CF Moto NK seems to be a perfect rival to the KTM Duke 250.