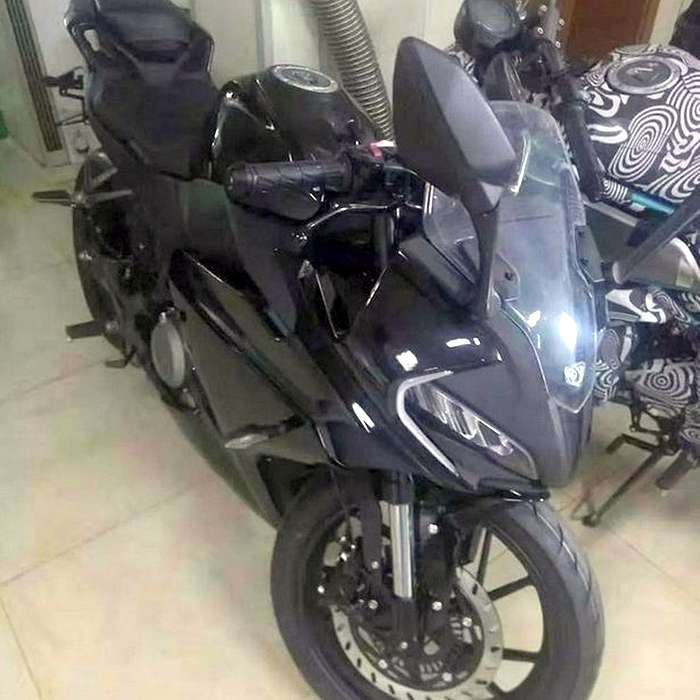 CF Moto is set to bring in the fully faired sports motorcycle into India as a part of a joint agreement with Bengaluru based AMW Motorcycle. The 300 SR was showcased in concept format, is now spied in production ready format.

Recent spy shots of the production ready model shows off aggressive styling similar to that seen on the concept. The fully faired motorcycle gets split full LED headlamps, LED DRLs, a muscular fuel tank and raised clip on handle bars.

It offers a forward set riding position while the tail segment is raised with a split seat setup. The inclusion of air ducts enhances its sporty appeal. On board equipment includes a 5”, full color TFT instrument cluster displaying all vital information for the benefit of the rider. 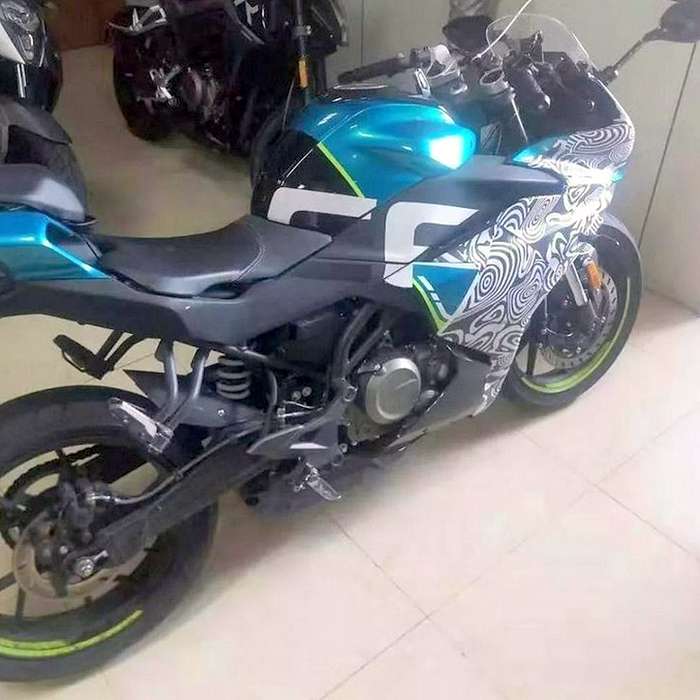 There are also two different design layouts called Sport and Rain while color options for the 300SR will include Teal Blue with Black and Green highlights and a large CF Moto decal positioned on its front fairing along with a second color option of full Black.

CF Moto 300SR based on the same underpinnings as its naked streetfighter 300NK. It gets its power via a 292 cc, single cylinder engine offering 33.5 bhp power at 7,200 rpm add 20.5 Nm torque at 8,800 rpm mated to a 6 speed gearbox. It will also receive an underbelly exhaust while braking will be via single discs at both ends with J Juan calipers in place of Brembo brakes.

Suspension will remain the same as that seen on the 300 NK with inverted forks in the front and a monoshock at the rear. It will also receive riding modes as seen on its naked counterpart 300NK. The engine will allow for a top speed of 128 kmph and dual channel ABS will be offered as standard.

CF Moto confirms launch of the 300SR by mid 2020 in India. Once launched in the country wherein it will come in imported as a CKD and priced at around Rs.2.50 lakhs, it will find itself competing with the likes of the TVS Apache RR 310 and KTM RC 390. The CF Moto 300NK is priced higher at Rs.3.99 lakhs.