With India now the largest two wheeler market in the world, there is enough space for pretty much every type of manufacturer to find its own profitable niche. Looks like China-based CF Moto is eyeing to establish itself in the affordable spectrum of the fast growing premium motorcycle segment. Just few days after the CF Moto 250 NK street fighter test mule spotting, spyshots of a camouflaged prototype of larger 650 MT adventure have emerged.

We think the location of the testing holds significance. The prototypes where spotted in Hyderabad which was supposed to be the local home for the Chinese brand in its first innings. Hyderabad-based Eider Motors planned to locally assemble CF Motor products out of CKD kits and distribute them in India but the founders found legal trouble for scamming dealers. So, it turned out to be faux pas for CF Moto. 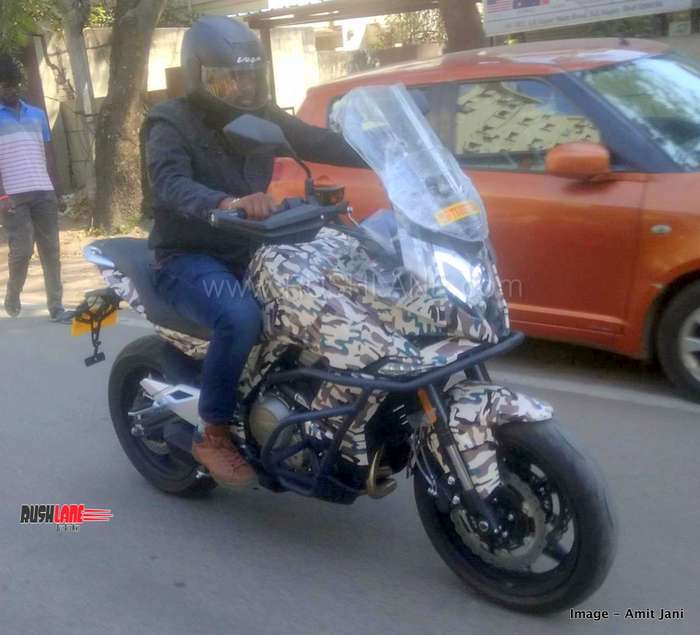 It appears that the Chinese two wheeler maker has found another Hyderabad-based partner to finally kick start its Indian operations. The identity of the local partner is anybody’s guess right now but we won’t be surprised if it turns to be Mahavir Group who just re-launched Benelli in India.

Adding another brand would help Mahavir scale up its presence in the two wheeler business and maintain a profitable capacity utilization at its assembly facility. The potential drawback could be cannibalization between Benelli and CF Moto products but we expect the latter to be priced considerably lower. 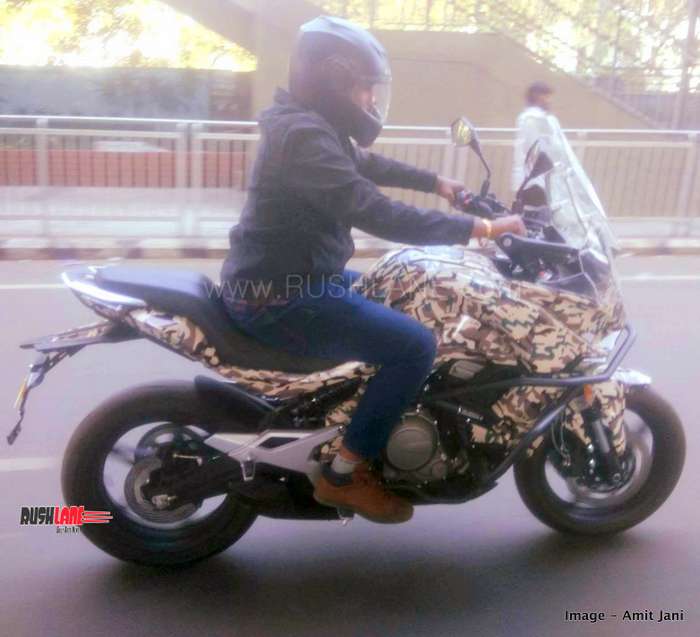 Coming back to the prototype, the CF Moto 650 MT is powered by a parallel twin liquid-cooled engine that displaces 649 cc. The motor is paired with a 6-speed gearbox to develop 70 bhp and 62 Nm of torque. The performance on offer would be adequate for long effortless stints at highway speeds. The 213 kg motorcycle can reach a top speed of 170 kmph.

The motorcycle is equipped with full fairing with tall windscreen, LED daytime running lights, twin front discs, stepped seat, LED turn indicators, knuckle guards, etc. Suspension system comprises inverted telescopic fork at the front and monoshock at the rear. The CF Moto 650 MT would be priced competitively. It would attempt to lure prospective buyers of premium 250-400 cc products with a promise of higher performance and more features. It could take on the likes of Kawasaki Versys 650 upon launch.