CF Moto is the latest of the several lesser known international two wheeler OEMs to set foot in India. The 30-year-old Chinese motorcycle manufacturer is currently testing its portfolio in Hyderabad as its Indian partner, AMW Motorcycles, is working towards setting up an assembly facility.

This is not CF Moto’s first shot at the Indian market. The company entered our country through Eider Motors back in 2016 but the venture was short lived as the local company’s chairman got arrested for allegedly scamming the dealers. With its new partner AMW, the Chinese brand is hoping to put its forgettable experience behind and create a niche for itself in the fast growing medium-displacement motorcycle segment in the country. 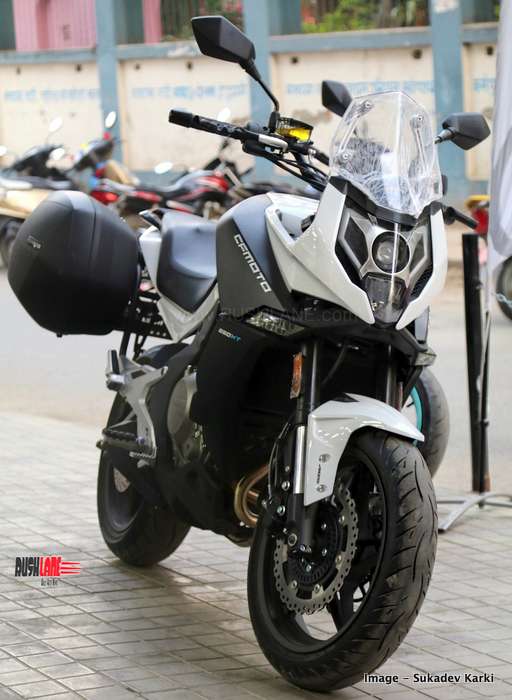 Given the frequency of spyshots coming in from Hyderabad, and the fact that AMW Motorcycles’ website and social media operations are already up and running, the formal launch of CF Moto product range is expected in the coming months. In addition to the motorcycles, AMW also seems to be getting ready to retail CF Moto’s ATVs as well.

Coming to the product range, the AMW CF Moto portfolio will include the 250 NK, 400 NK, 650 NK, and 650 MT. The first three are sharply styled naked street fighters while the last one, the flagship product, is an adventure tourer. 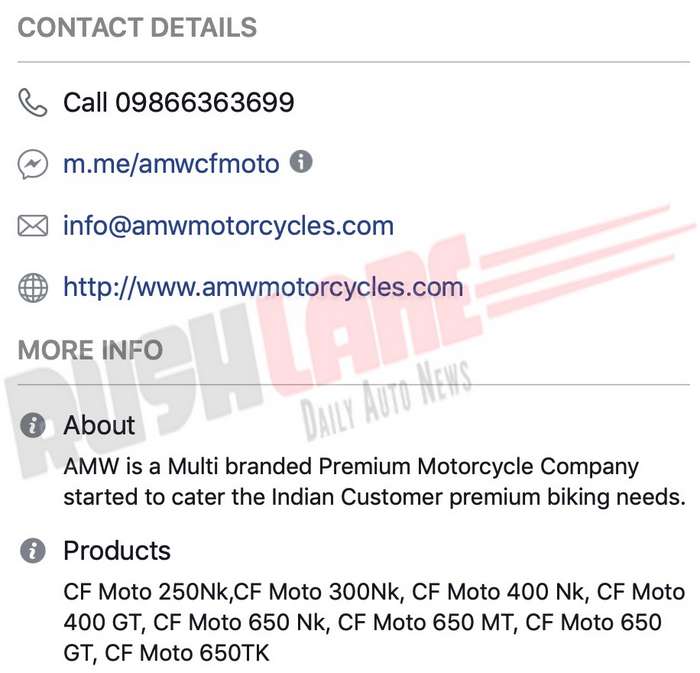 Going by CF Moto’s positioning of products in international markets like Europe, South America, Australia and Asia, we expect the pricing to be very competitive. The entry-level CF Moto 250 NK will have the KTM Duke 250 in its cross-hairs while the 400 NK will rival the Duke 390. The 650 NK would be up against a range of affordable premium offerings in India including the new Royal Enfield 650 Twins. The CF Moto 650 MT tourer would have the recently launched Benelli TRK 502 as its primary competitor.

We are likely to have more details about the proposed assembly plant (location, capacity, level of local content, etc.,) later this year. The state of Telangana is currently offering attractive incentives to start-ups coming up in the state and AMW Motorcycles could be looking at this opportunity (as suggested by the company’s choice of test location) but it is just an educated guess as of now.