HomeBike NewsCFMoto 650GT spied undisguised in India ahead of launch

CFMoto 650GT spied undisguised in India ahead of launch 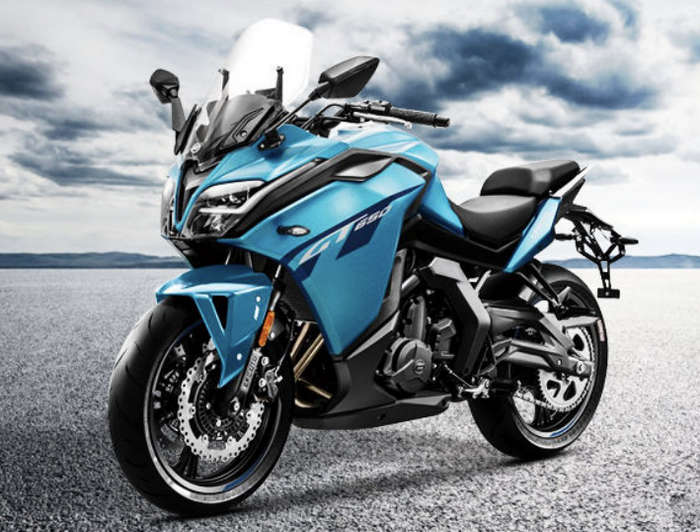 CFMoto is a Chinese brand which manufacturers motorcycles, all terrain vehicles, utility vehicles and engines. It is all set to enter India with a range of motorcycles in varied segments.

CFMoto was founded in 1989, is based in Zhejiang Province in China and conducts exports to many global markets. The company has entered into an agreement with Bengaluru based AMW Motorcycles Private Limited for launch of its range of motorcycles in India.

The new CFMoto 650GT, a sports tourer, will be launched by the upcoming festive season. It will come in as a CKD unit. 650GT has been spied undisguised for the first time in India. The 650 GT will be joined by the 650 MT an adventure tourer and the 650cc range will be offered in three body styles – street naked, adventure tourer and sports tourer.

CFMoto 650GT sports some changes in design to the 650MT. The 650MT, being an adventure bike, gets long travel suspension, an upright seating position and extended windscreen unlike the 650GT sports tourer that gets split seating and altered ergonomics so as to make long distance travel more comfortable. The 650 GT also receives conventional forks in the front and monoshock at the rear while changes also line in the LED headlamps design. The bikes ride on 17” alloy wheels.

CFMoto 650GT was first showcased at the 2018 EICMA Show. It will get its power via the same engine that powers the 650MT. This 649.3 cc, liquid cooled, parallel twin engine offers 70 PS power at 8,750 rpm and 62 Nm torque at 7,000 rpm mated to a 6 speed gearbox. Braking is via dual 300mm disc brakes in the front and single 240mm disc brakes at the rear. CFMoto is offering dual ABS as a standard fitment.

Once launched in India, the CFMoto 650GT, which is expected to be positioned between the 650NK naked and 650MT adventure bike. It is said to carry a price tag of Rs.5.5 lakhs upon launch in India where it will rival the Kawasaki Ninja 650.