CFMoto has announced the launch of their new sub-brand Zeeho; which will launch future ready electric two wheelers

Chinese automaker CFMoto has launched its new brand Zeeho. Under Zeeho, they have unveiled their electric scooter concept named Cyber, which is expected to enter production in 2021.

This will be the first electric scooter by CFMoto and it highlights the company’s strategy to increase focus on electric two-wheelers in the coming years. CFMoto’s current global portfolio comprises motorcycles, side-by-side utility vehicles, all-terrain vehicles and powersports engines.

In its concept form, Zeeho Cyber sports a futuristic look and feel. Some of the key design elements include striking LED headlamp and DRLs, sculpted bodywork with a mix of sharp cuts and smooth curves, a radical seat design, shortened tail and edgy tail lamps and turn indicators. The rear wheel is placed farther than the tail section, which seems something new for a scooter.

Talking about features, Zeeho Cyber gets an iPad like instrument panel that has GPS, Bluetooth and Wi-Fi. It supports several functions such as navigation, voice controls and keyless start. Smartphone pairing is also available. 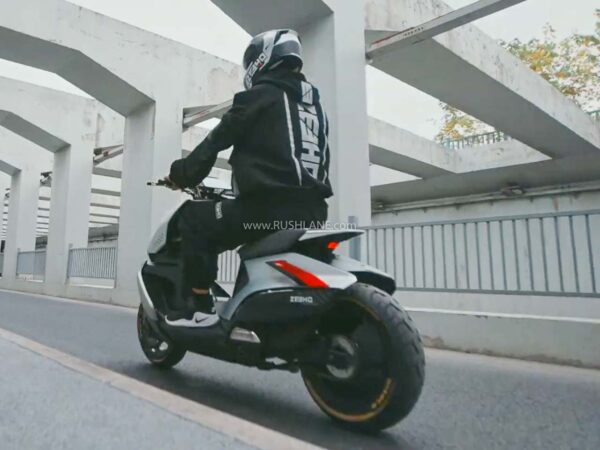 For optimal performance in varied riding conditions, users can select from the three riding modes of Eco, Street and Sport. These can be accessed via the instrument panel.

Zeeho Cyber tech specs are quite impressive and better than many of the current breed of electric scooters. It utilizes a 4 kWh Lithium-ion battery pack that sends power to a highly efficient motor with energy conversion rate of 92 percent. It is capable of generating 13.4 hp of max power, which can be sustained over longer durations without the risk of overheating or damaging the battery or motor. Available peak torque at the wheel is 213 Nm. 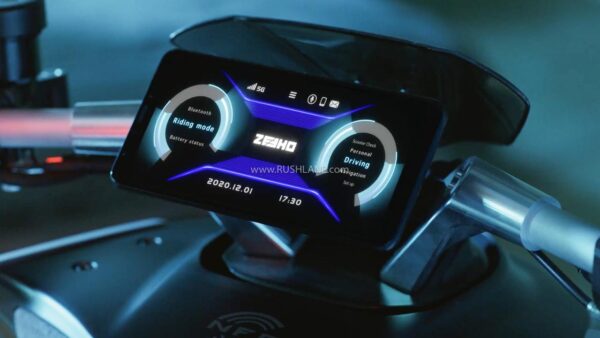 As per NEDC (New European Driving Cycle) standards, Zeeho Cyber has a range of more than 130 km. It can reach 0 to 50 kmph in just 2.9 seconds and has a top speed of 110 kmph. This makes it a lot faster than Ather 450x – which is currently the quickest electric scooter on sale in India. Zeeho Cyber also has an higher range, as compared to Ather 450x.

One of the key strengths of Zeeho Cyber is its advanced battery pack that can work in temperature of -20° to 55°. This makes it suitable for most parts of the world. The battery can be recharged 2,500 times, which is around 8 years of lifespan or 3 lakh kilometres for the average user. The battery comes with fast charging, allowing users to load 80% in just around 30 minutes.

It is possible that CFMoto may introduce Zeeho Cyber electric in the Indian market. The lifestyle electric scooter segment has a lot of potential in the country and customers are willing to pay for a good product.

Once launched, this scooter is a potential rival to Ather 450x and the upcoming electric scooter from KTM, based on Bajaj Chetak platform. As of now, CFMoto has four motorcycles in its India portfolio – 300 NK, 650 NK, 650 MT and 650 GT. CFMoto had also teased a Zeeho electric bike, which is another product that could be considered for the Indian market.