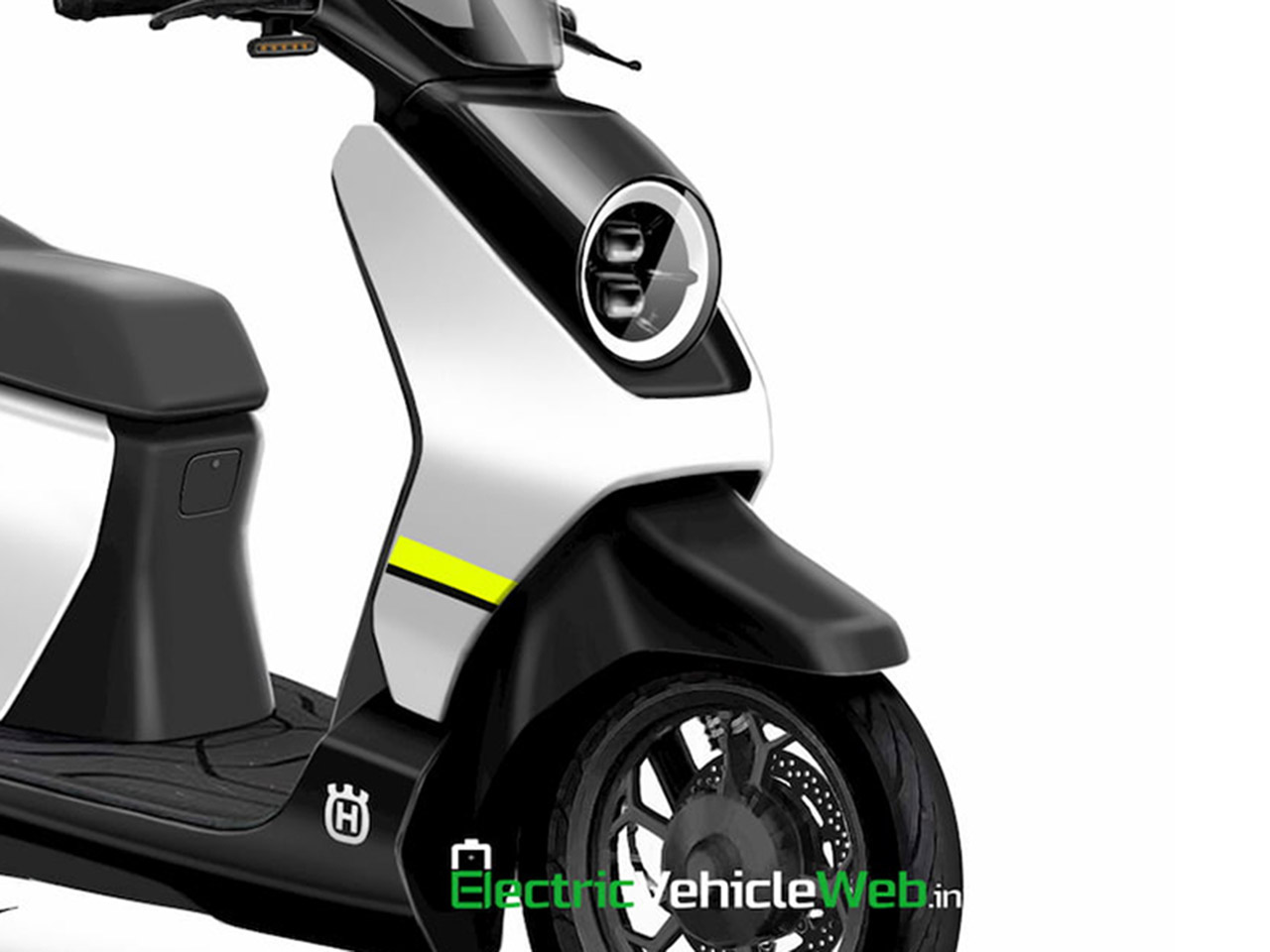 KTM India has already set a high standard in India’s single-cylinder motorcycle segment. In fact, the all-new KTM 390 Adventure is arguably the best single-cylinder product on our market today. It is not news that the Austrian automaker is working on a new ~500cc twin-cylinder engine that would eventually come to the next range of KTM, Bajaj and Husqvarna models.

Meanwhile, Bajaj Auto has started experimenting on the other side of the spectrum. The Chakan-based two-wheeler manufacturer’s Chetak EV makes more sense than a conventional petrol-CVT alternative such as a Honda Activa in urban environments. At the moment, electric powertrains showcase the highest potential in the scooter segment. Hence, Bajaj Auto plans to introduce sportier counterparts of the Chetak EV platforms under KTM and Husqvarna nameplate.

Electric Vehicle Web has shared an interesting render of a possible Husqvarna e-scooter. The styling follows principles set by KISKA, the design firm behind Husqvarna’s modern-day aesthetics. The emission-free scooter carries the right amount of quirkiness and funkiness but may not impress the average Indian buyer who has poor taste in automotive aesthetics.

Stefan Pierer, CEO of KTM Industries AG, confirms that a 48V e-scooter platform is being considered for mass production in India. Coming under ‘Urban E-Mobility strategy’, the EV will be of offered in two formats (with varied output and features). Most likely, only the shell will change between KTM India and Husqvarna Motorcycles India’s versions of the same.

To surpass the bars set by current e-scooters, one can expect it to feature a touchscreen instrument console, multiple riding modes, fast-charging and even swappable battery units. In India, Ather Energy products will be the benchmark to meet.