With a 15kW (~20bhp) motor, the all-electric Chevrolet Beat generates peak torque of 75Nm and continuous torque of 26Nm

General Motors (GM) discontinued Chevrolet India towards the end of 2017. It continues to provide service support for existing customers and utilises the Talegaon manufacturing facility to export vehicles to Latin American markets. In its phased-out Indian portfolio, the Chevrolet Beat hatchback was one of the most popular offerings.

The original 2007 three-door Beat concept was quite a head-turner. It even featured in Michael Bay’s second instalment of the movie series, Transformers as the funky robot character, Skids. However, the production model was not a majorly impressive product and came with relatively underwhelming petrol and diesel powerplants.

Pune-based EV specialist Hemank Dabhade has converted his unassuming daily-drive Chevrolet Beat diesel into a full-electric product. At his own workshop, along with the help of a friend, Hemank has made seven ‘EV swaps’ so far and is currently busy with a Maruti 800 EV build capable of touching 300km in range. Below is a video showcasing the latest Chevrolet Beat EV project in detail:

To go into its internals, Hemank has employed a 15kW (~20bhp) electric motor alongside the donor’s manual transmission in two-speed format. Remaining speeds were removed and replaced with lightweight blank sleeves that also help in lubrication. Heavy inclines and rough terrains could be tackled with ease in first while the second gear promises excellent regular usability and comfortable cruising speeds of around 100km/h.

In place of the clutch, the team has added a Motor Control Unit (MCU) to match motor speed with the input shaft rpm. The unit was programmed inhouse and enables easy shifting. Regenerative braking is part of the package as well. Unlike the usual form, it employs a paddle-controlled regen — as against pulling to shift (in an ICE automatic), the paddle activates regenerative braking. 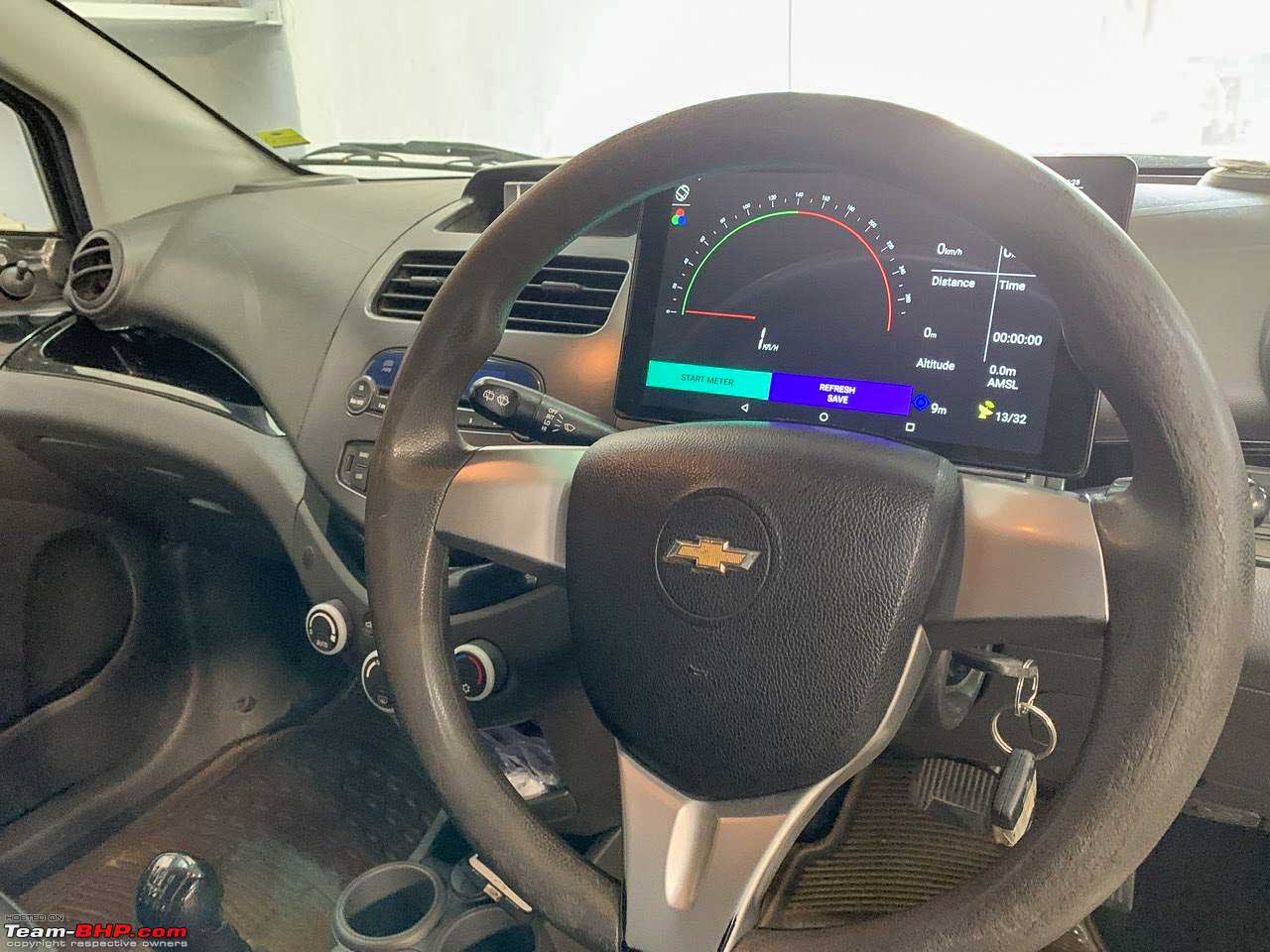 Peak and continuous torque figures stand at 75Nm and 26Nm, respectively. Instead of a fuel tank and spare wheel, a 15kWh battery pack sits underneath the cabin. Hemank states that the powertrain returns a real-world range of 95km with AC+lights and more than 110km with the electricals turned OFF. Using a conventional wall charger, the EV can attain full-charge in about six hours. Meanwhile, a fast-charger does the same in 45 minutes. The car is not waterproof but all future projects (including the Maruti 800) will be IP67-rated.

Hemank Dhabhade is looking forward to getting his latest project certified by authorities in concern. He was active in the field of motorsports for many years and remains fully focused on electric powertrains.