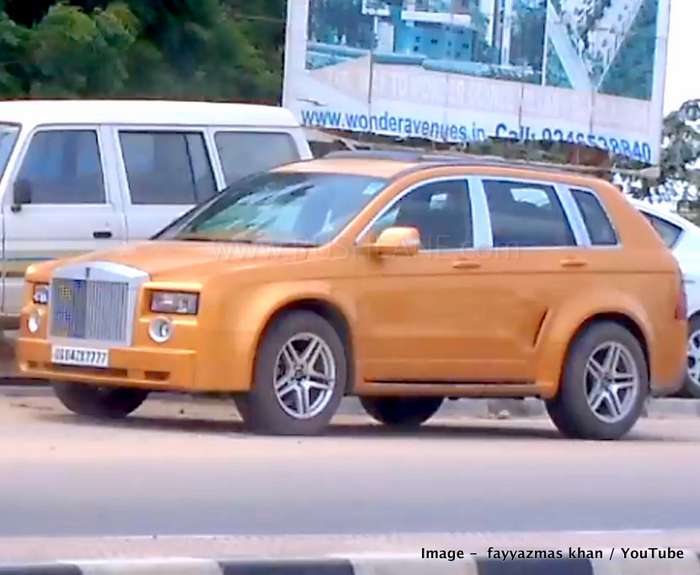 Rolls Royce Cullinan, the most luxurious SUV in the world, was launched in May 2018. It is on sale in India as well, where it is priced at Rs.6.95 crores, ex-sh. At this price, it is clearly out of the reach of most of us. So what does this fan of Rolls Royce from Hyderabad do?

Well, he decides to modify his Chevrolet Captiva old gen, to look like a Rolls Royce Cullinan. The finished product has now been spotted on the roads of Hyderabad by Fayyazmas Khan.

There are good modifications, there are bad modifications and then there is this Captiva converted to look like Cullinan. The cost of this modification is believed to be about Rs 2 lakhs. 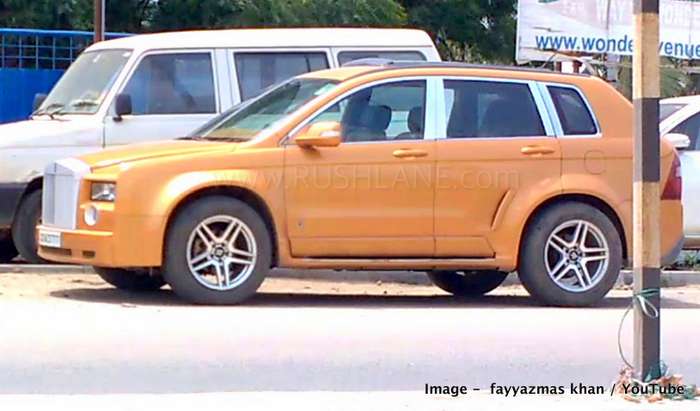 Modifications have been done to the body, by adding panels so as to give it an exterior boxy shape of the Cullinan. The window line gets a boundary of thick chrome stripe all around, as is also seen on the original Cullinan, though the window line looks out of place.

It gets regular doors unlike suicide doors seen on the Cullinan. The modifier has included after market alloy wheels and designed a new front end on the lines of the original Cullinan along with a similar looking front grille. though there is no ‘Spirit of Ecstasy’ on its bonnet. The headlamp design is also similar to that seen on the Cullinan with rounded fog lamps along with a simple looking bumper.

Engine of this Craptiva is unchanged, and is same as before. However it should be noted that the original Cullinan gets its power via a 6.75 liter, twin turbo, V12 petrol engine that offers 571 PS power at 5,000 rpm and 850 Nm torque at 1,600 rpm. Acceleration from 0 to 100 kmph is achieved in 5 seconds while top speed is at 250 kmph.