Construction of Zoji La Tunnel starts – Will give all year road access to Leh, Ladakh

PM Narendra Modi is on a day long visit to Leh, Ladakh. He has unveiled a plaque to mark the commencement of work on the Zoji La Tunnel. This 14 km long tunnel is stated to be the longest tunnel road in the country and the longest bi-directional tunnel in Asia.

The tunnel will run between Baltal and Minamarg on the Srinagar-Leh section of NH-1A and will offer all weather connectivity between Srinagar, Kargil and Leh. Said to cut down travel time to cross Zoji La pass from a current 3.5 hours to 15 minutes, the tunnel is being constructed at a cost of INR 6,800 crores. 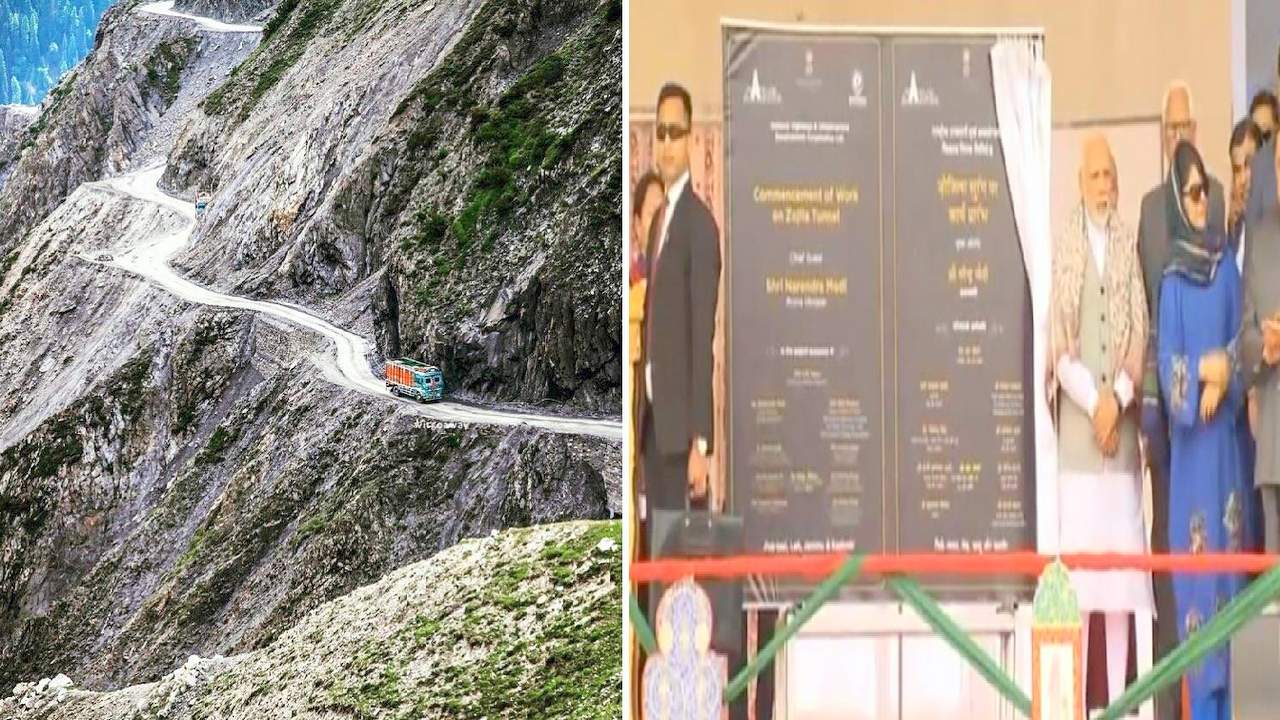 Work on this tunnel has commenced today, following the laying of foundation stone by PM Modi, while completion is expected in 2026. Another 6.5 km tunnel at Z-Morh along the Srinagar-Leh highway is also likely to be completed next year. This tunnel will make sure Srinagar and Kargil are connected via road all year, no matter the weather condition.

In 1997, the India Army conducted a survey for Zoji La tunnel while planning started in 1999 following the Kargil war. Besides proving beneficial to the Armed Forces, the Zoji La tunnel will also ensure year round connectivity to the people of Ladakh. Without road connectivity, almost 90% of the population in the Ladakh region are disconnected from the world. The only connectivity is via air, which is not feasible for most of citizens in the region.

Speaking about the Zoji La tunnel, it will be built around 400 meters beneath the existing highway. It will allow easy access to armed forces and for movement of supplies to border posts during the severe winter conditions in the region.

The Zoji La tunnel will be equipped with safety features such as a high tech communication system and vehicles will be able to travel at speeds of around 80 kmph within the tunnel. It will be an engineering marvel as it will be the first of its kind to be built across such rugged terrain and at an altitude of 11,578 feet where temperatures fall to -45 degrees.