RUSHLANEDAILY AUTO NEWS
HomeBike NewsCops fine bikers Rs 2,000 each who were riding to a meetup...

Cops fine bikers Rs 2,000 each who were riding to a meetup – Bikers complain via LIVE video

With illegal racing, speeding and wheelies being performed by bikers on a regular basis, the Kolkata Police have decided to set up speed traps with a special police force being deployed to catch these errant bikers.

Over the past weekend, a biker’s meetup was arranged in the region. Kolkata Police got to know of this and decided to lay a trap. They managed to catch as many as 40 bikers who were performing stunts and speeding on public roads. Police has also impounded their bikes among which are also superbikes such as Kawasaki Z250, Kawasaki Ninja 650, KTM RC390 and Honda CBR 250R. 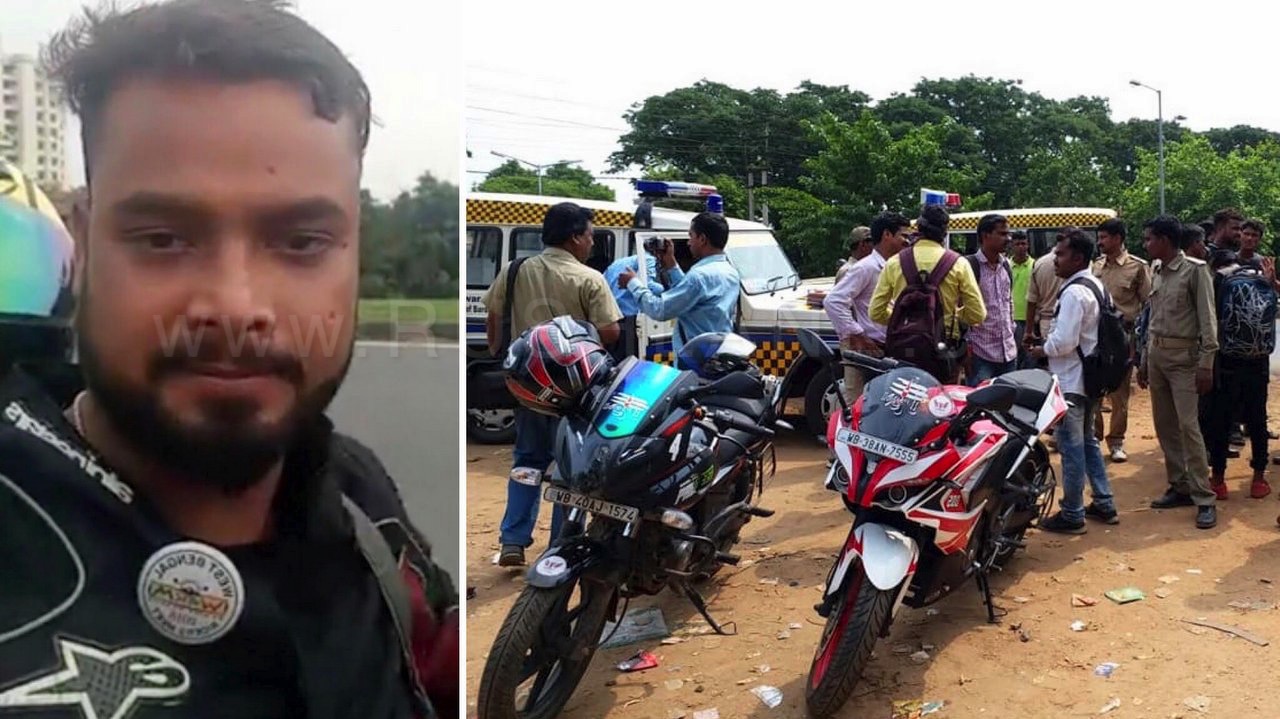 In a planned crackdown, the Kolkata Police have seized these bikes after setting up speed traps. After seizing these bikes, police rode these seized bikes such as the Kawasaki Z250 and Ninja 650 and parked them in their premises.

Apart from those who were caught, the cops have also stopped and fined those who were on their way to the meetup from different parts of the state. Below is a video posted by Snehasish Mondal, who is also the leader of the riding group.

As per him, all the bikers in his group were riding in speed limit of 70-80 kmph. All were wearing proper safety gear, but even then, all 32 riders from the group were find Rs 2,000 each. Cops have also taken away their id cards, driving license apart from collecting fine of Rs 32,000 from them. Below is the live video which Snehasish posted on Facebook.

Regarding the situation in the state, the cops will be closely monitoring such performances and conduct surprise checks. CCTV footage from various cameras will be used to keep a close eye on such racers. The cops have also received reports of car racing along the highways but have not planned any action to date. 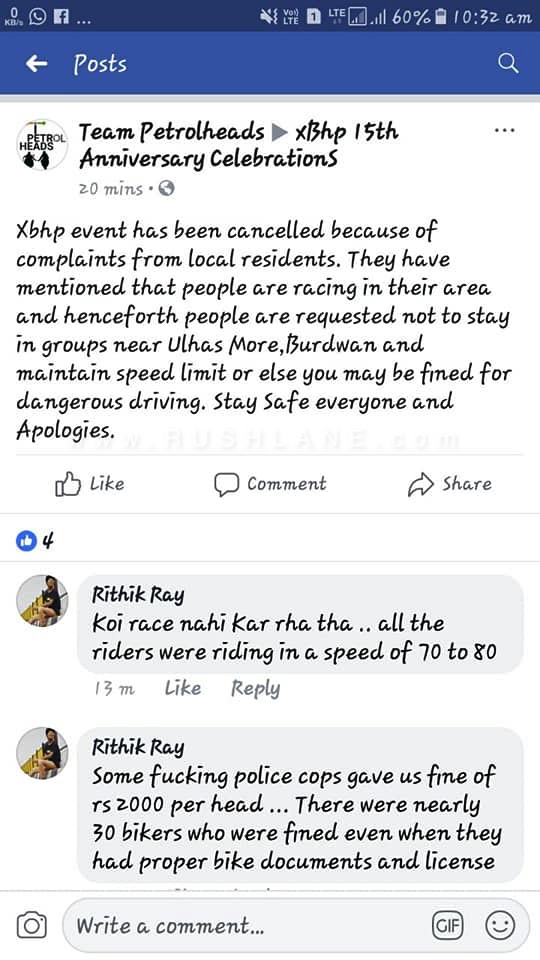 It is not only in Kolkata, but across the country that bikers are defying death by performing such high speed stunts and racing. They normally wear protective and safety gear but that does not permit them to break the law and such instances of high speed stunts will be subject to surprise checks by the cops.