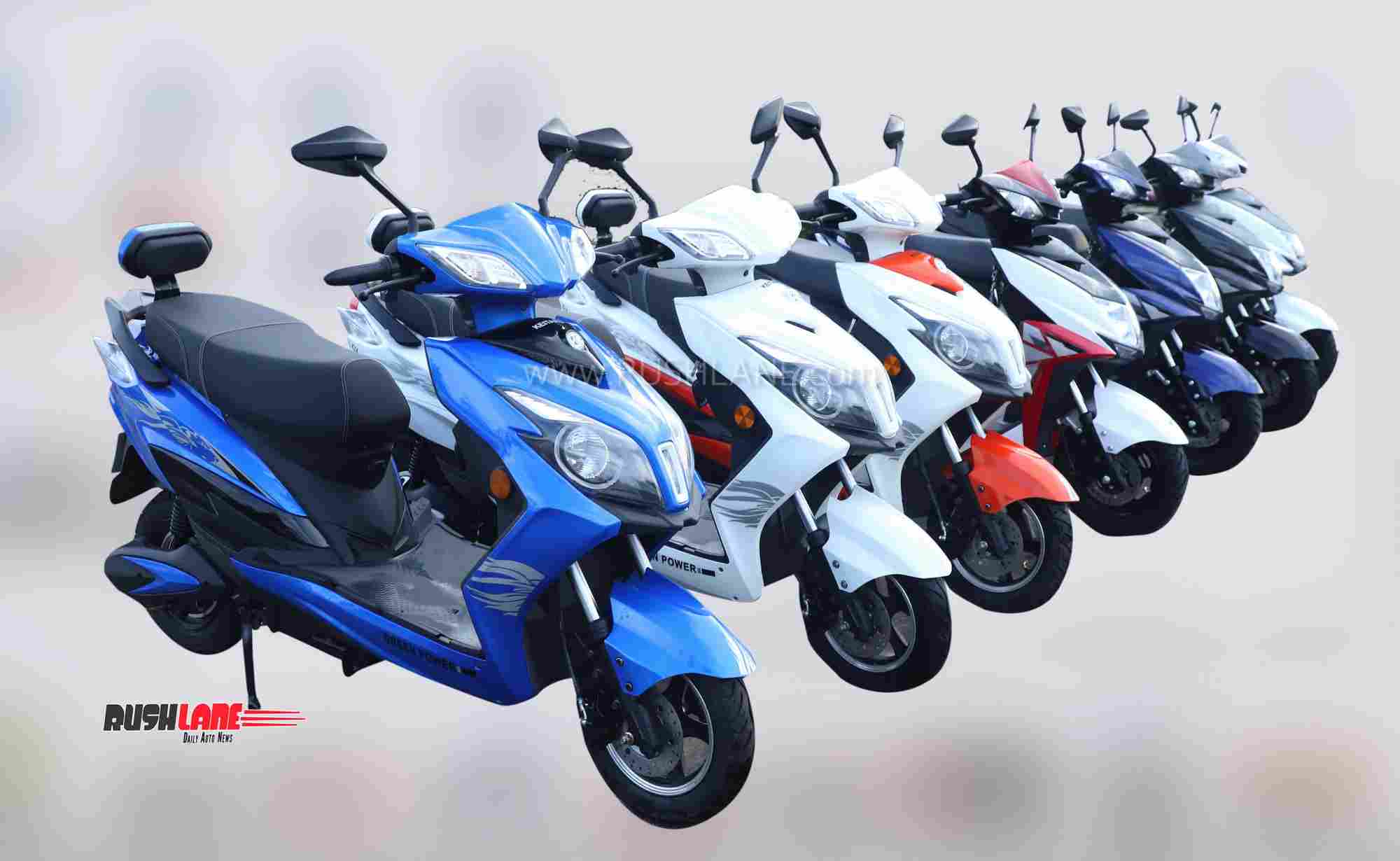 Following the launch of the Zeez electric scooter launched in August this year, Uttrakhand based Crayon Motors has now introduced another electric scooter called as the Envy. Dimension of the new Envy e-scooter stand at 1,880mm length, 710mm width and 1,120mm height with loading capacity of 150 kgs.

This new Envy electric scooter will appeal to a younger segment of buyers in the country and sports a large enough saddle for seating two adults comfortable. The Envy e-scooter sits on alloy wheels fitted with tubeless tyres. Features also include Geo Tagging, a side stand sensor, a USB charger and large boot space.

It gets an apron mounted twin pod headlamp, blinkers positioned on the handlebars, a back rest for pillion rider and features such as keyless ignition, central locking function, a regenerative braking system and a digital speedometer and is being presented in color options of Super White, Soothing Blue and Feisty Orange. 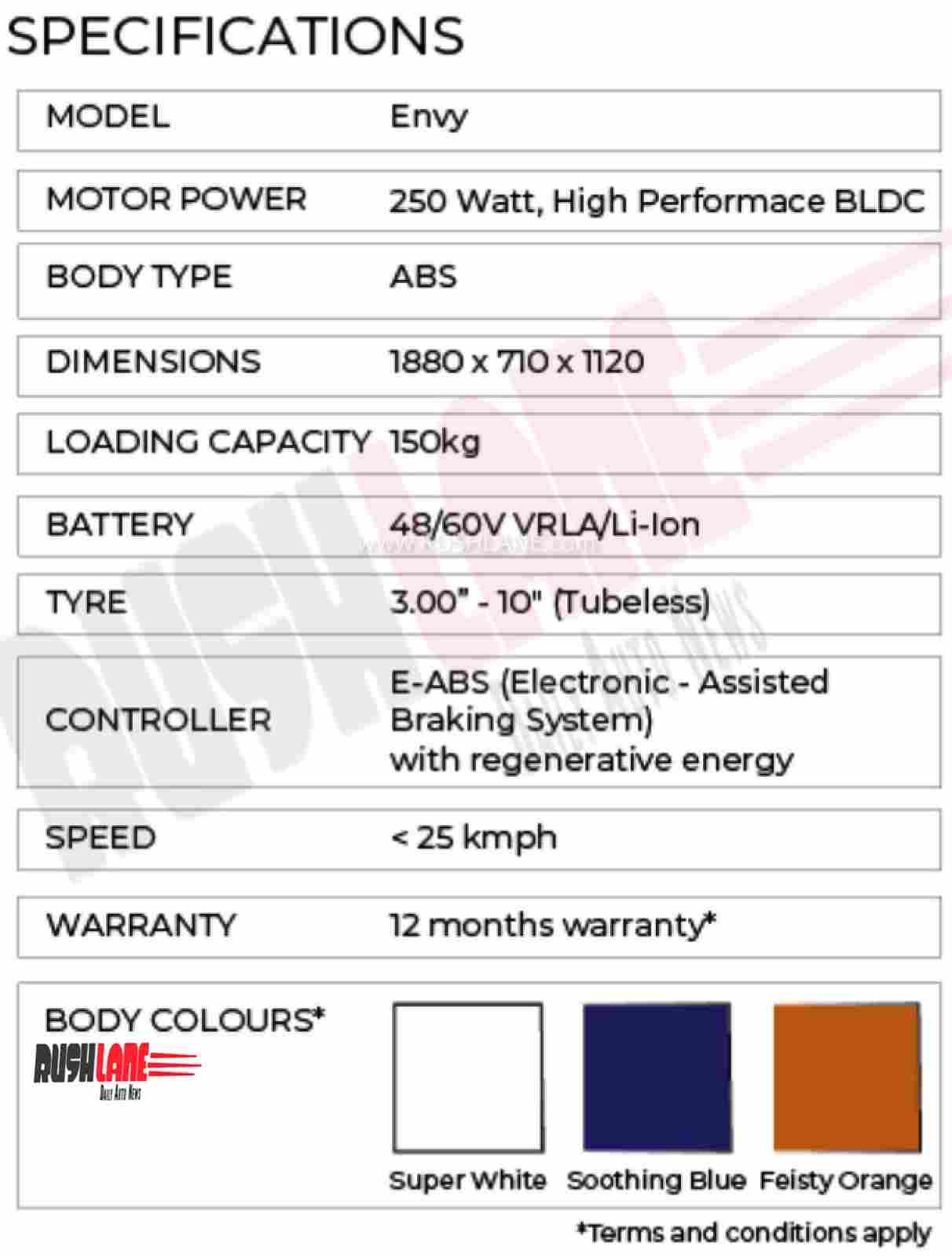 Envy e-scooter will be powered by a 250 watt BLDC motor drawing power via a 48/60V Valve Regulated Lead Acid battery pack. There is also the option of a Lithium-ion battery. The Envy boasts of a range of 70 kms per charge and a top speed of 25 kmph. Braking is via disc brake in the front and drum brake at the rear with electronic assisted braking system and suspension via telescopic fork in the front.

The Envy comes in with a 12 month warranty and the company has also introduced ready EMI solutions via 15 banks and NBFCs. Rs 0 downpayment schemes are also on offer. Over the next year, the company will be increasing their dealership count in India and under the “Plant a Tree” initiative, wherein the company promises to plant one tree for every scooter sold, a total of 1,000 trees would be planted over the next four months. 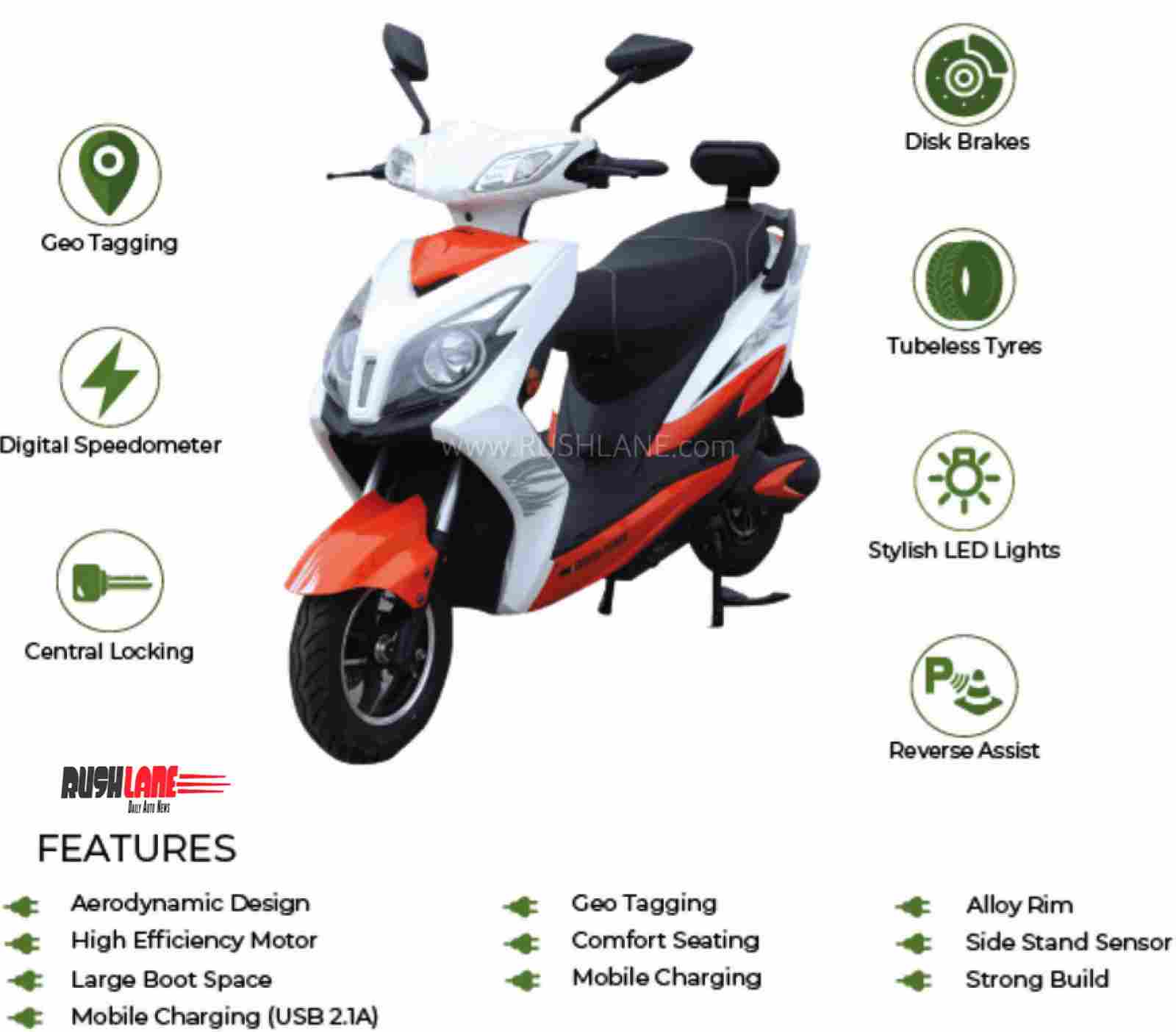 There has been an influx of e-scooters in India over the past few months. Most recent entry was the Bajaj Chetak e-scooter while Japanese automaker Suzuki Motors two wheeler unit may also start testing its electric scooter in India sometime in early 2020 but will wait for infrastructure development prior to its launch in the country.

Hero MotoCorp has also invested in the electric two wheels and these developments come at a time when the Government of India is pushing the auto industry towards electric mobility in view of worsening air conditions in India. The Government even mulls banning all combustion engine two wheelers with engine capacity less than 150cc in favor of electric vehicles by 2025.