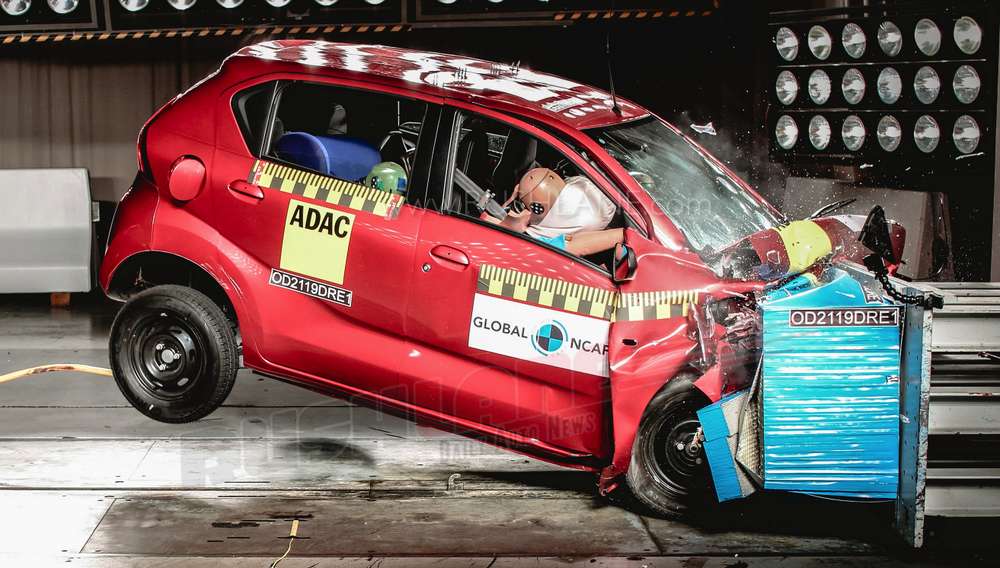 The RediGo does not offer SBR in the front seats and, even if it had, the result would remain a single star. SBR points are limited as the chest is brown or red. Child occupant protection showed poor results mainly because of the contact of the head of the 18 month old with the front seat and for the exposed head of the 3 year old dummy during the impact. 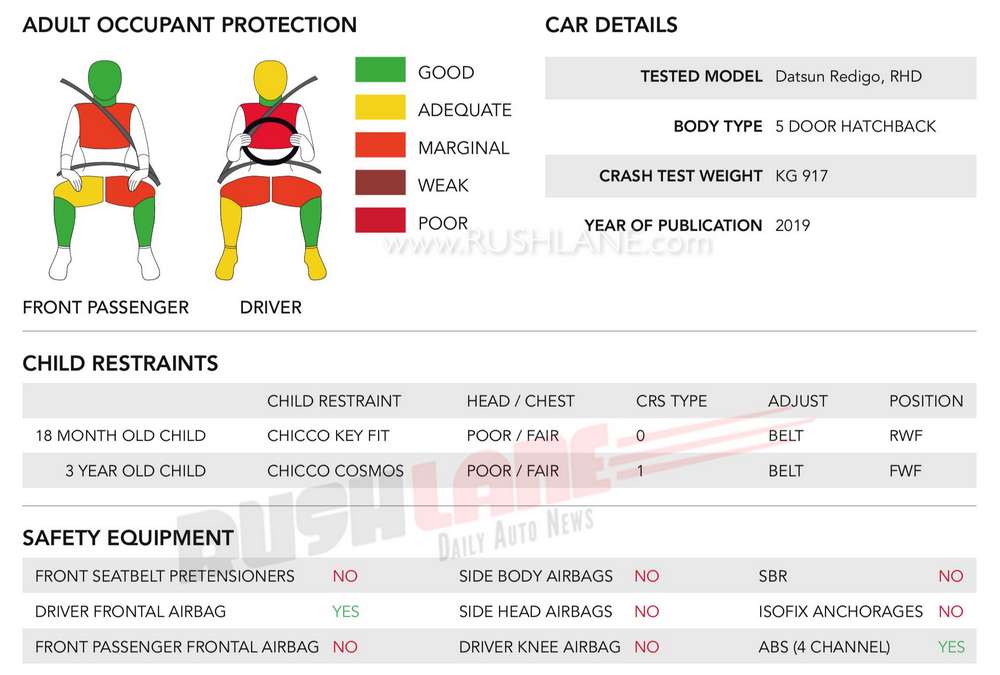 The static rear 3 point belts created difficulties in the proper and safe installation of a CRS. It is surprising that this car is not offering 3 point belts with automatic retractors for all occupants.

In terms of safety, the redi Go receives new central locking button on its central console, remote locking for all four doors and driver side airbags. With added power, driving around town is easier while the compact size makes for easy overtaking especially on the highway. Power delivery is also smoother, specially at lower revs unlike that experienced on its 800cc counterpart where jerks are predominant at lower engine speeds.