DC Design has been one of the most popular automotive design firms in the country. However, the Pune-based company founded by automotive designer Dilip Chhabria went bankrupt last year. DC Design was mostly involved in vehicle modifications that looked out of this world (usually, not in a good way). Even though ‘proper petrolheads’ always found it hard to say nice about DC mods, one cannot ignore the fact that the company was immensely popular among the wider Indian mass.

DC Design introduced the Hammer at Auto Expo 2018. Based on the Mahindra Thar CRDe, the DC Hammer created more of a sensation among DC fans with its disproportionate styling and eye-catching shade. Now, one example of the DC Hammer has popped up for sale on the used-car market for a casual Rs 17.5 lakh price tag. DC Design charged about Rs 6 lakh to convert a donor Thar into a Hammer. Depending on the mod, the final on-road price could hit Rs 20 lakh or roughly double that of a regular (and better) Mahindra Thar. 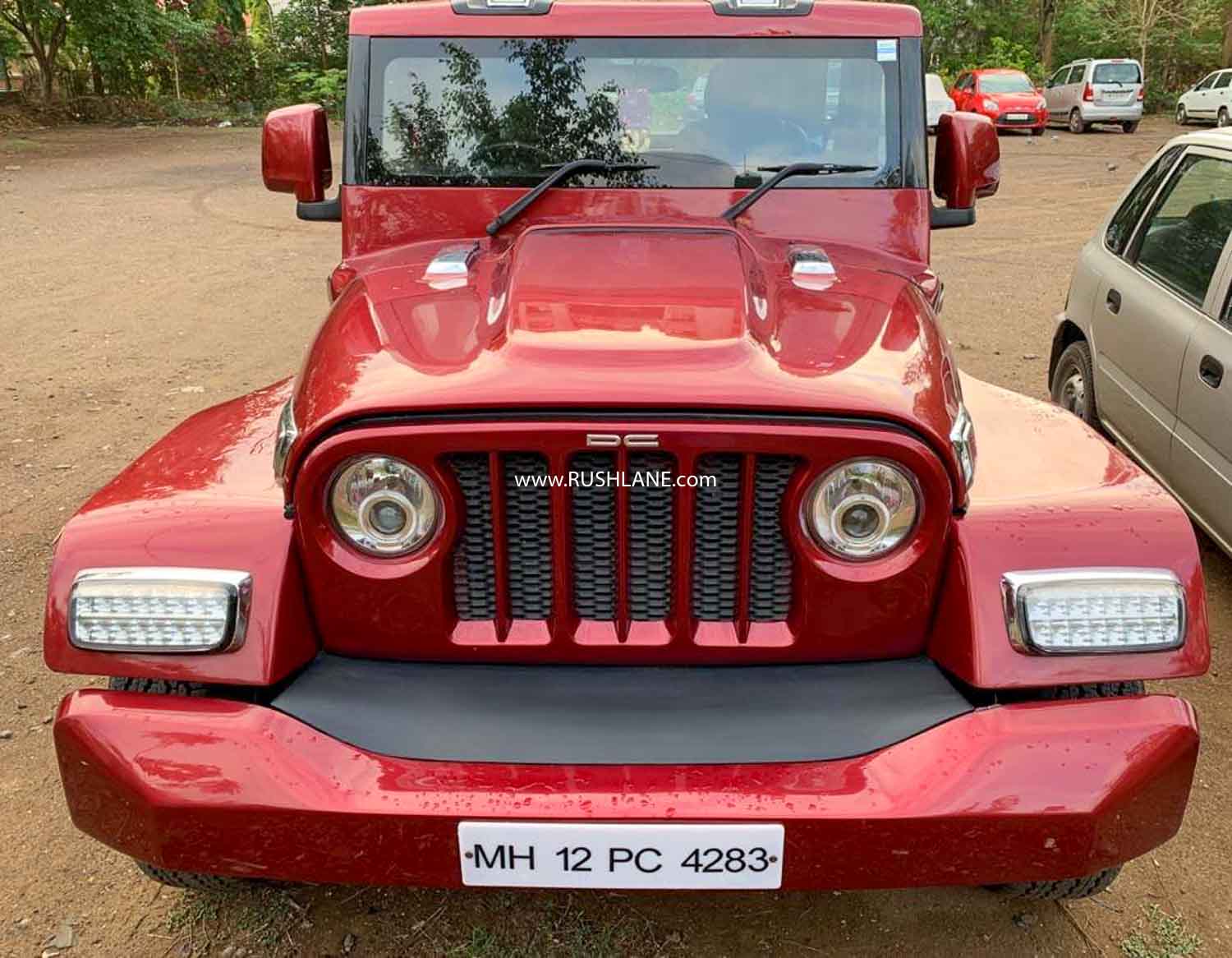 The launch of the next-gen Mahindra Thar is right around the corner and it would definitely have a starting price half of this Hammer’s asking sum. Of course, being a used product, the price could be negotiable, but we don’t think it would go down to a sensible figure.

We cannot help but imagine the level of admiration one would have to have in order to consider buying this over the regular Mahindra Thar (new or old). As per the ad shared on Great Gears on Facebook, the Hammer is in its top trim and “is good as new”. Ironically, the DC Hammer was not good while new.

The donor Thar is a 2017 CRDe (4WD). The odometer reads only 4,500kms and the interiors pack premium leather seats and DC’s custom multimedia system. Outside visibility is not at its best for the driver thanks to the shorter DLO (Day Light Opening). Still, those who would consider buying the DC Hammer over a regular Thar (for this sum!) might already have visibility issues. For what its worth, the Hammer is not the worst creation from DC Design.

Over the years, DC Design has introduced some rather odd-looking concepts and road-going versions of existing cars that looked miles better in their original ‘less cool’ stock avatar. DC Design also concentrated on custom automotive interiors (especially for the Toyota Innova) which were actually some of the best on the market in terms of affordability and appearance.

The company also holds the name for making the very first sportscar from India in the form of the DC Avanti (the old San Storm was not actually India). The Avanti’s exteriors tried too much to be a supercar, but its mediocre performance always put it in its real shoes.