RUSHLANEDAILY AUTO NEWS
HomeEverything ElseWatch how a dog crossing road results in the fall of this...

A video shot from an action cam by the rider of Royal Enfield Desert Storm, which was being ridden at highway cruising speed has gone goes viral. The reason, a dog decides to cross the road, and results in the fall of the bike, and its rider. The video shows how dangerous it is and how you have no time to react in such a situation. There is hardly a millisecond for the rider to react.

Even if you are following all the rules, there is a chance that you can be involved in an accident. Apart from multiple reason like roads are uneven, many don’t follow rules or regulations, there are humans, cattles, dogs, and what not found on our highways. 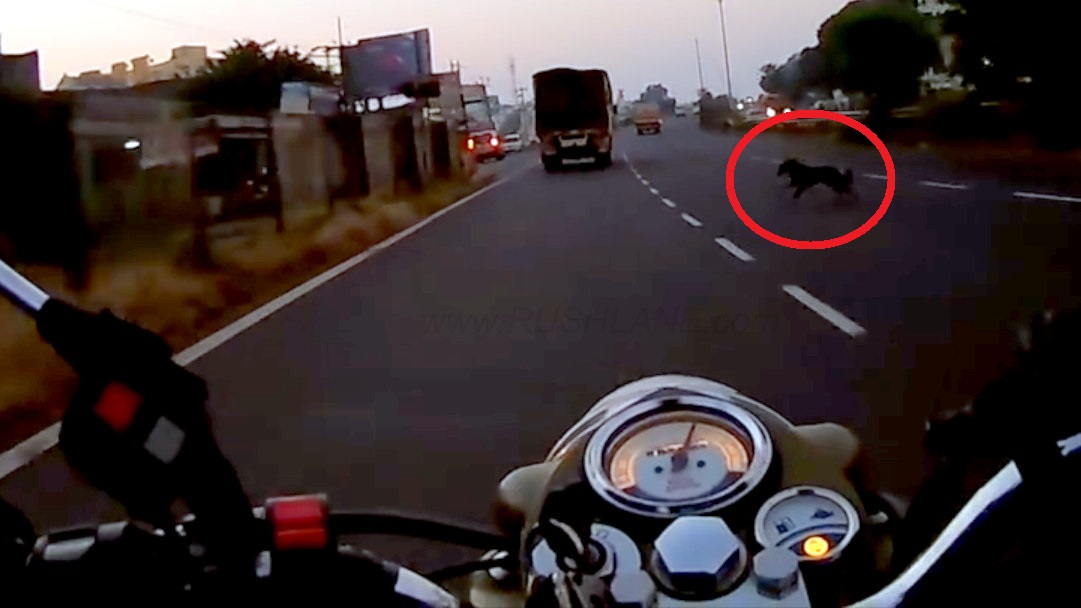 Most of them probably think of the highway as an extension of their home. Thankfully, the rider in question was wearing full riding gear. He escapes unhurt, from an accident which could have proved fatal in most situations.

The rider was wearing riding gloves, jacket as well as helmet. This is what saved him when his RE Desert Storm spun out of control after he collided with the dog. The rider also maintained a safe distance from other vehicles which was the reason why other bikes or vehicles were not a part of the crash.

The time of day was early morning, as the light was insufficient for the rider to spot the stray dog that came in the way of the rider. The rider did not have time to slam on the brakes but he flies off the bike and hits the road. He is quick to recover from the impact as his safety gear saved him. He is seen walking to the side of the road, removing his gloves and helmet and he confirms that he is all right and not badly injured. The same could not be said about the dog which was killed on impact. Watch the video below.

Even though the rider rider was not at fault, he still crashed. The video draws attention to the importance of safety gear and keeping safe distance from other vehicles. If he was riding close to the trucks that he overtook, he could have easily been run over.