Want to drive bullet proof cars for Indian ministers? Here is a video of VIP drivers showing their skills

Ambassador was the first car to be built in India just after a decade of Independence. Not only was the Hindustan Ambassador the first ever car to be manufactured in India, but it was also the only car to be in production for almost 50 years.

The iconic Hindustan Ambassador has served as an official government vehicle for many years. Even today, many of our VIPs prefer travelling in Ambassadors, instead of fancy new age cars. The reason, it was easy to maintain, spacious and comfortable and was a common sight in a distinctive white color, as Government official and VVIP convoys sped across the road. Below is a short video of VIP drivers showing their skills.

The video shows two Amby travelling as a convoy, and suddenly there is a loud sound (makeshift bomb). In such a situation, all the drivers in the convoy should act in the same manner and swiftly get the VIP out of danger. This and many more such training one has to undergo in order to become a driver for a VIP.

Speaking about ambassador, it was manufactured by Hindustan Motors of India and was in production from 1958 to 2014. Hindustan Ambassador or Amby as it was more fondly called has served many a Government official in the country while it was also a favorite among fleet operators. 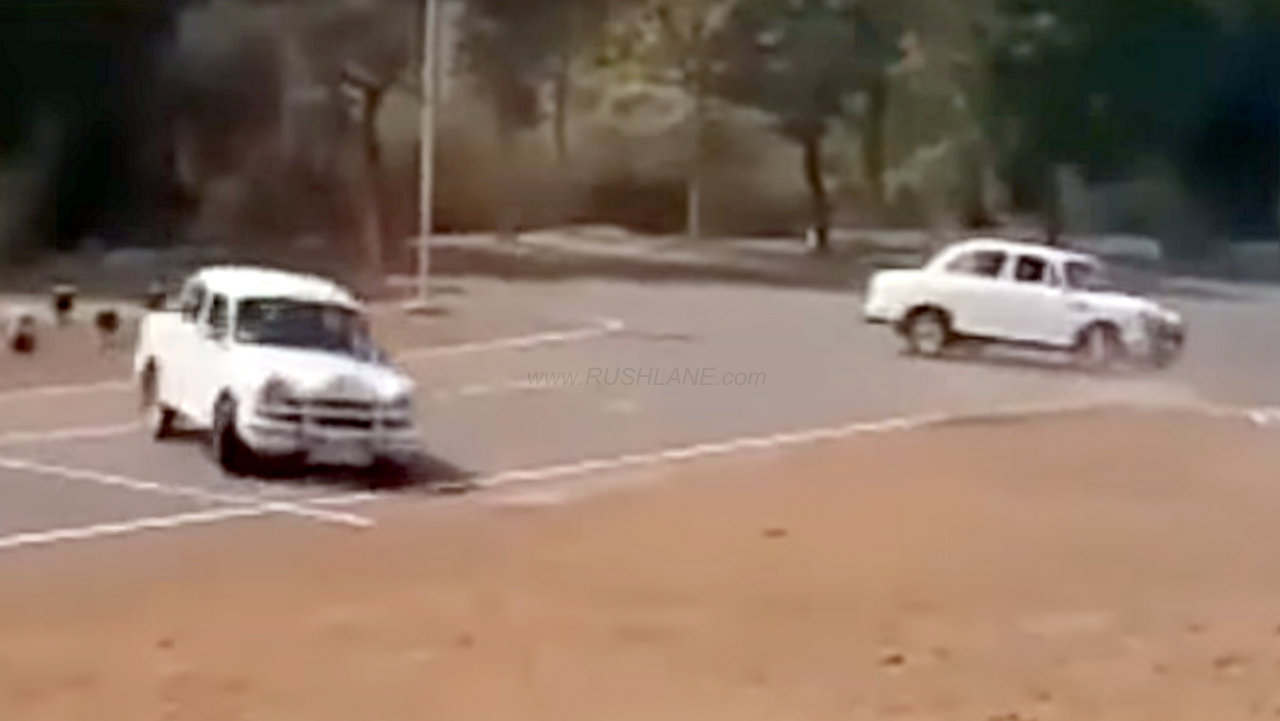 The Amby was the official car of the Prime Minister of India till Atal Bihari Vajpayee replaced this car with a more state of the art BMW 7 Series. The accompanying video shows off how these white Hindustan Ambassadors perform a drill with handbrake efficiently used to perform turns and reverse among other stunts.