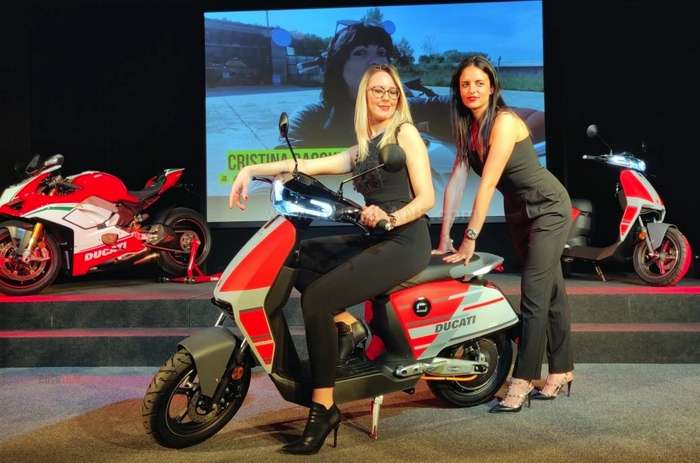 Who would have thought the first ever electric two wheeler to bear Ducati branding would be an urban scooter with a modest top-speed of 45 kmph? Well, meet the SuperSoco Ducati CUx, a moped which is born out of a co-branding exercise between the Italian sportsbike giant and Vmoto (owner of SuperSoco EV brand).

Earlier this year, Ducati’s CEO Claudio Domenicali created a lot of excitement among motorcycling community by saying that the brand is not far from series production of an electric product. We hope he was not talking about the CUx.

The SuperSoco CUx has been in existence for a few months now and the association with Ducati is aimed at raising the brand’s credibility in a market which is being flooded by new EV brands on a daily basis. We are still not quite sure what is Ducati’s takeaway from this co-branding deal apart from the brand’s MotoGp crew getting to use the scooter to move around the paddock during race weekends. Perhaps Ducati could use this venture to check how strong is its branding in the EV landscape from marketing point of view. 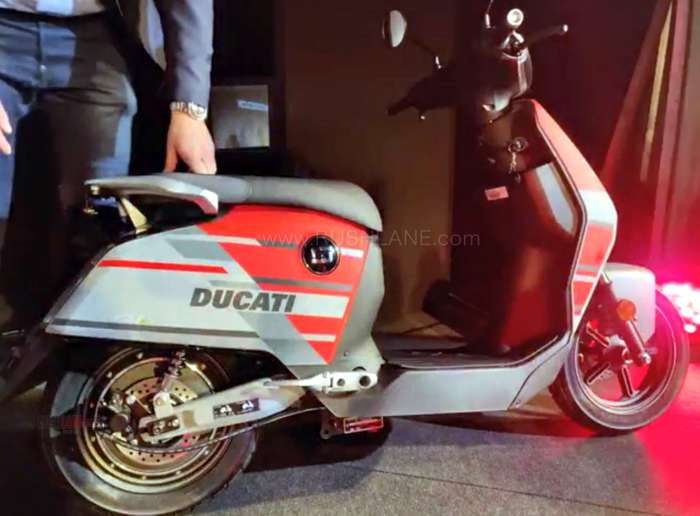 The scooter employs conventional telescopic front fork and twin shock absorbers at the rear, while braking is taken care of by a 180 mm disc at either end. Power comes from a hub-mounted Bosch 1,300 W electric motor which is supported by a 30 Ah (60V) Li-ion battery. The CUx has a claimed range of 75 km and the battery takes 7-8 hours to attain full charge via a 4A charger.

Salient features include a cruise control system, remote control for electronically unlocking the seat, and data collection and processing system to analyse riding behavior. It is priced from GBP 2,299, which translates to about Rs 2.05 lakhs as per today’s conversion rate. Ducati is working on its own series production pure electric two wheeler. Unlike this co-branded moped, Ducati’s first proper EV would be a high performance motorcycle.