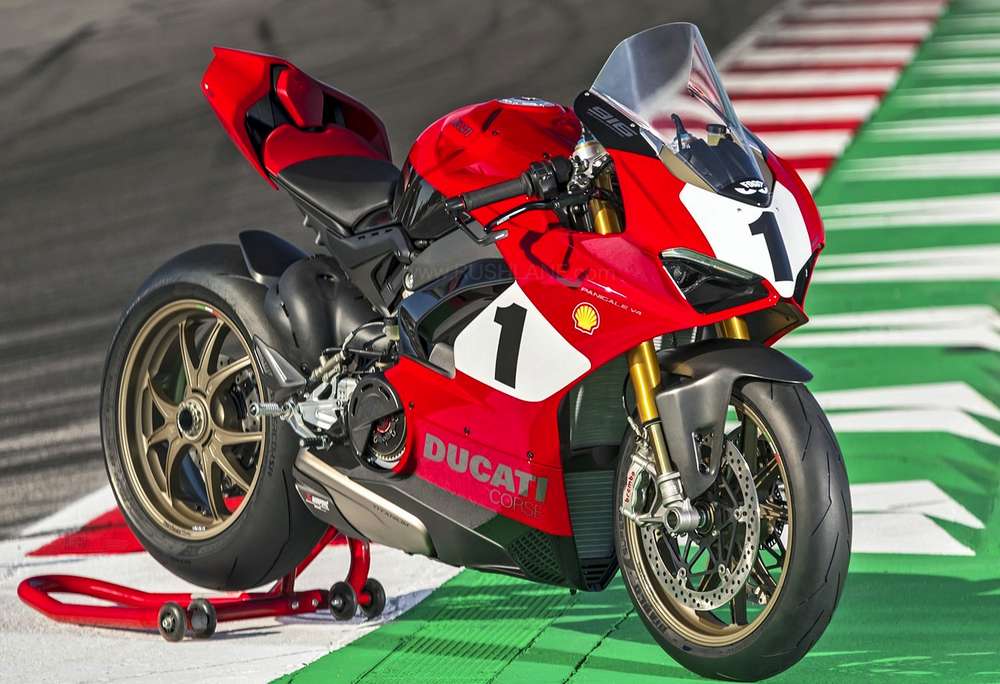 Ducati 916, launched in 1994, is celebrating 25th anniversary. The new Ducati Panigale V4 25 Anniversario 916 has been launched as a part of these celebrations, though limited to just 500 units. The Ducati 916 can be remembered for its success at the World Superbike Championships winning 120 races, eight constructors’ titles and six riders’ titles.

Ducati Panigale V4 25 Anniversario 916 is built on the same frame as the Panigle V4R. It gets several cosmetic and engine updates and will be moving into company dealerships from October 2019 with a price tag of Rs.54.90 lakhs. This being a limited edition model is priced higher than the V4 Speciale and V4 R which are priced at Rs.51.81 lakhs and Rs.51.87 lakhs respectively.

Anniversario 916 was showcased at the ninth round of World Superbike Championship, which took place this past weekend at Laguna Seca in California, USA. It was noted with features borrowed from the Panigale V4 R with a front frame designed according to Ducati Corse specs, forged magnesium wheels, titanium approved Akrapovic exhaust system and several other Ducati Performance carbon fibre and billet aluminum components. 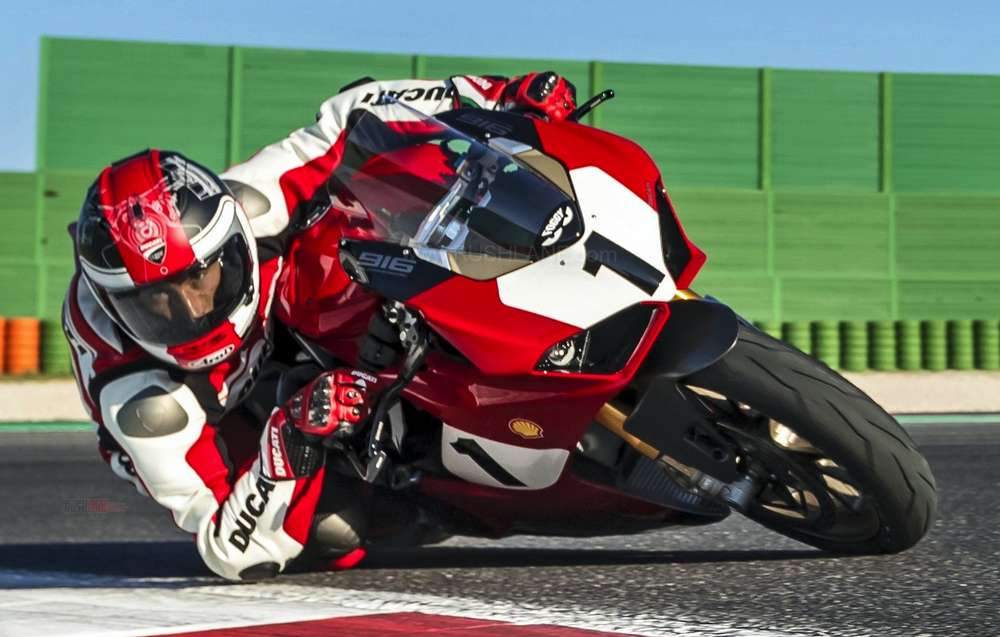 Engine specifications on the Ducati Panigale V4 25 Anniversario 916 are similar to that seen powering the Panigale V4 S. This 1,103cc, V4 engine offers 214 hp power and 124 Nm torque. The original Ducati 916, produced during the period 1994-1998 was powered by a 916cc fuel injected V Twin engine offering 114bhp power at 9,000 rpm and 90 Nm torque at 6,900 rpm. This Ducati 916 was designed by motorcycle designer Massimo Tamburini and is considered the most beautifully built motorcycles.

Limited to just 500 units worldwide, the Ducati Panigale V4 25 Anniversario 916 will see bike No, 5 being auctioned for a fundraiser in memory of Carlin Dunne. It may be remembered that Californian Carlin Dunne, the Spider Grips Ducati team rider, died recently at Pikes Peak.

It was decided to take off No. 5 from the lineup which was the same number that Dunne used to race with. The bike will be auctioned and all proceeds will be directed towards a fund raiser to offer support to Dunne’s mother.