Ducati unveiled the much awaited Panigale V4 at the 2017 EICMA in November last year. Two months later, Ducati India announced that bookings were open. Only 20 units were on offer in India for 2018, with price starting from Rs 20.53 lakh, ex-showroom. Ducati Panigale V4 is powered by a 1103cc engine derived from the MotoGP Desmosedici. Panigale V4 S was launched at a price of 25,29,000.

Ducati has now re-opened Panigale V4 bookings in India as the initial lot of 20 units were booked in a week’s time. Both bikes continue to be available at the listed introductory price with deliveries starting in July 2018. 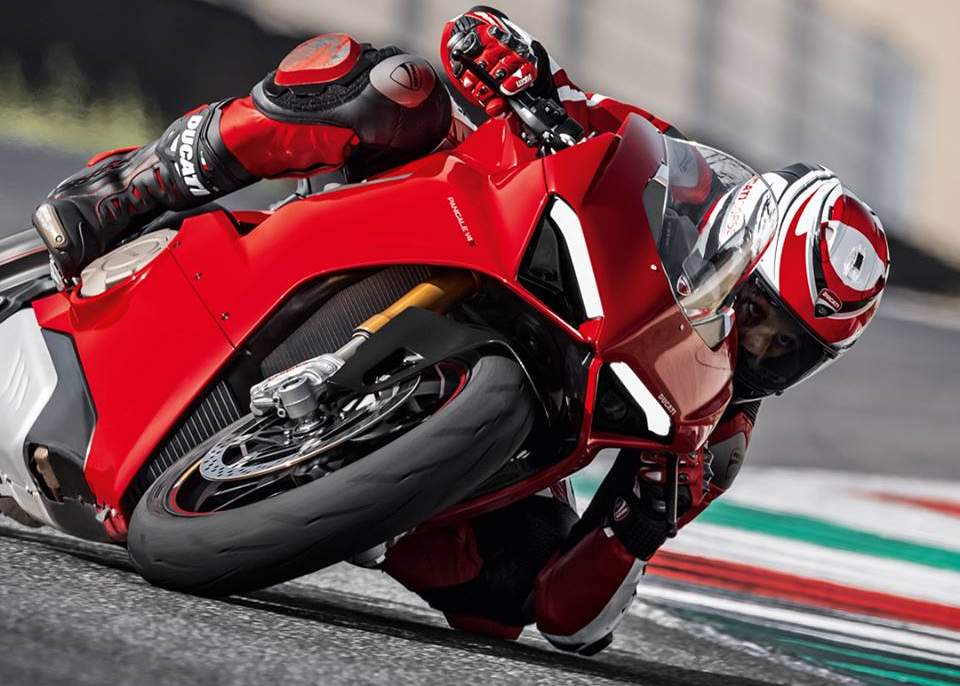 “The overwhelming response which the Panigale V4 has received, even before the start of deliveries, is a testament of its domination in the Superbike segment and we are delighted to announce the reopening of bookings to cater to the pending customers’ requests that we’ve collected so far”, said Sergi Canovas, Managing Director of Ducati India.

This four cylinder engine puts out a maximum of 214 hp peak power at 13,000 rpm and could be boosted to 226 hp by mounting an accessory all titanium Akropovic exhaust. The exhaust system setup is 4-2-1-2. Because its a V4, it has 2 exhaust manifolds on each side, total 4. Two of them on each side join, total 2. These 2 are then joined with 2 catalytic converters, total 1. Now this 1 is split into 2 by the muffler. 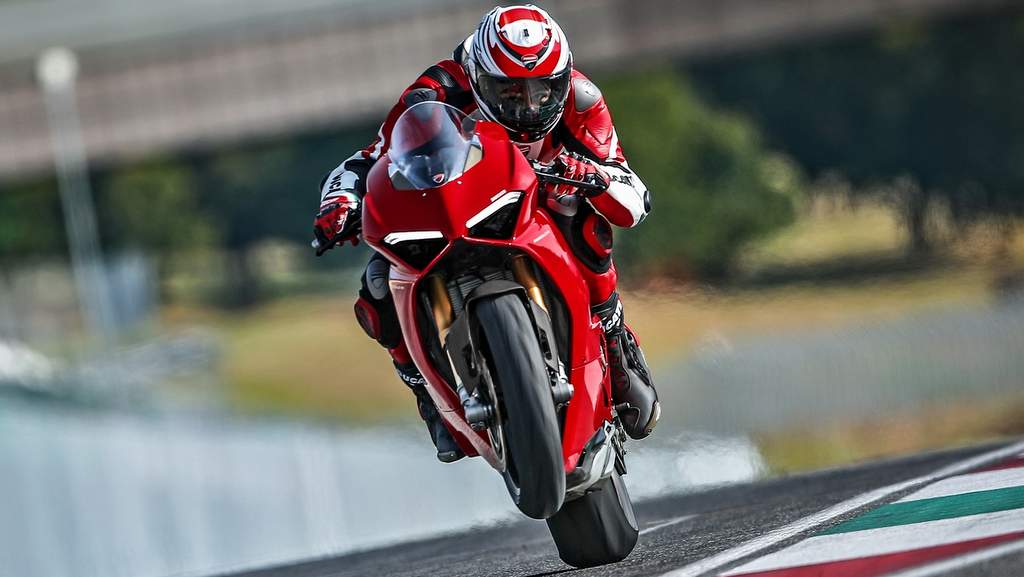 Torque would stand at 91.5 lb/ft at 10,000 rpm. It will offer power to weight ration of 1:1 hp/kg with a kerb weight of 198 kgs. The Italian manufacturer also detailed Ducati Panigale V4 with counter rotating type crankshaft. This allows the bike to put forth quicker turning by countering gyroscopic effect of wheels, thus reducing wheelie and dive effect under acceleration and braking. Easy handling and excellent out of corner traction are also among its features with enhanced performance and rideability. 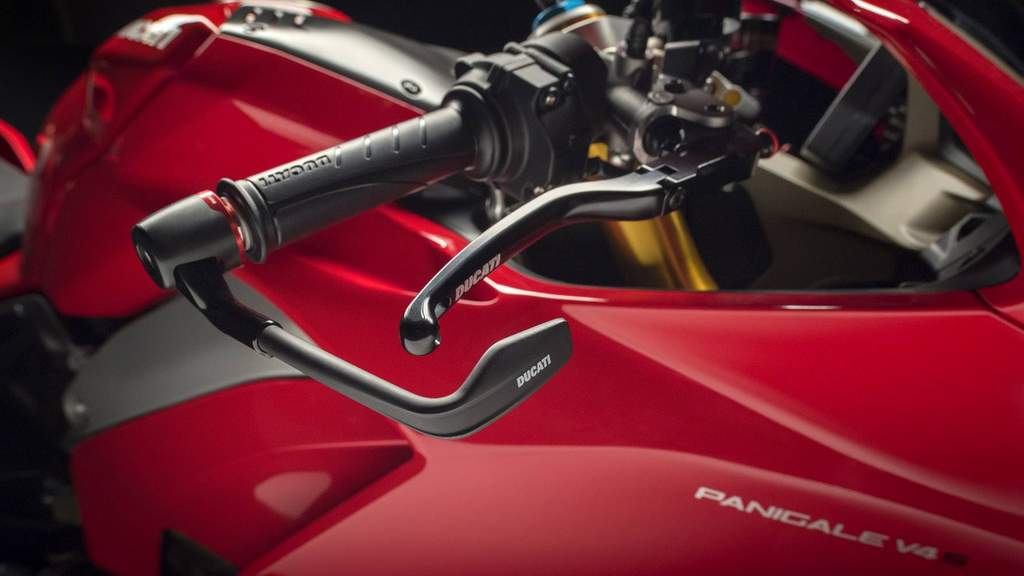 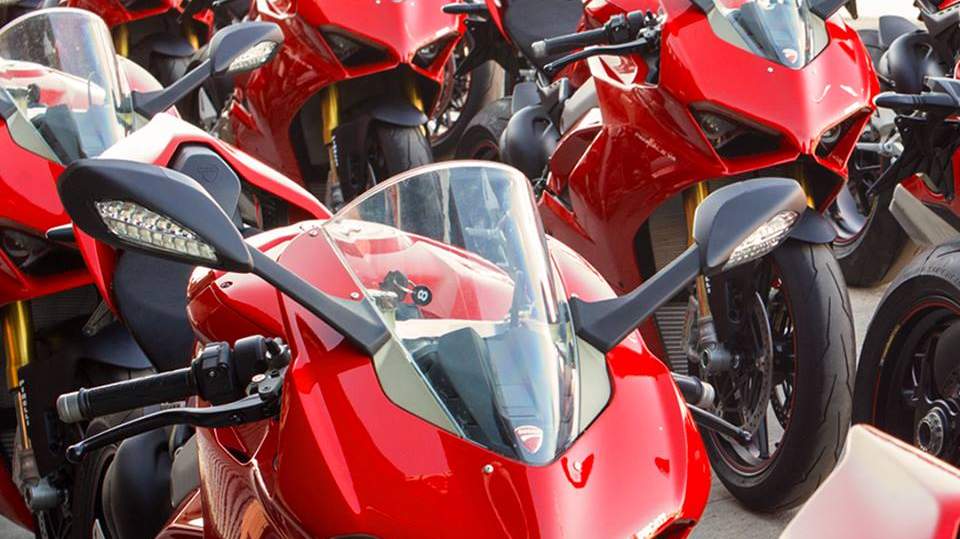