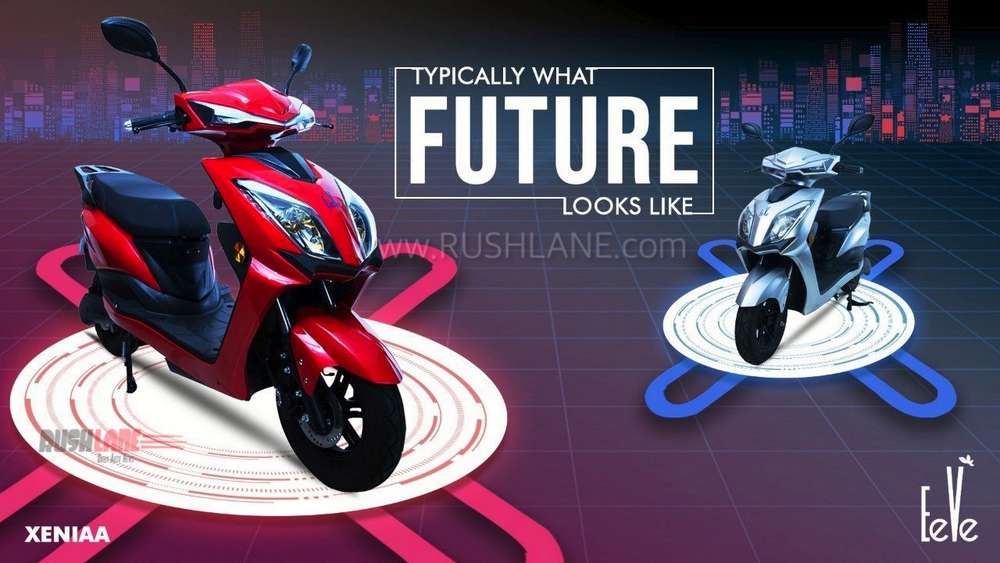 EeVe India initiates its electric mission in India with four electric scooters. Set for launch soon, the scooters which consist of the 4U, Xeniaa, Wind and Your, will be produced at the company’s fully integrated manufacturing unit in Odisha near Cuttack, which has an annual capacity of 2.5 lakh units per annum.

Common features to all four electric scooters include keyless entry, HL LED lighting and suspension via telescopic forks in the front and twin sided rear springs at the rear. A point of difference between the Wing and Your electric scooters and the 4U and Xeniaa is that the former two receive pillion back rests which is a feature missing in the latter two e-scooters.

Xeniaa and 4U are premium models and are powered by Bosch sourced 250 watt electric motor that draws power from 60V 20 AH lithium-ion batteries. They offer charging time of 4-6 hours and a range of 60-70 kmph. The two models get detachable battery and dual disc brakes. 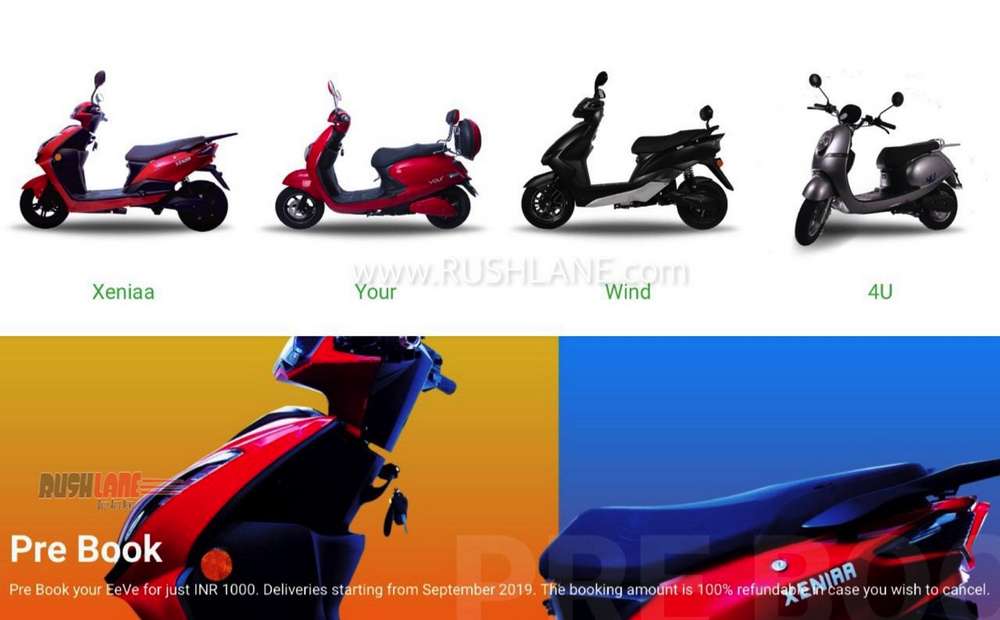 Your and Wind e-scooters are powered by a 250 watt motor with a 60V 20AH battery and takes around 6-7 hours for a full charge which will allow it to go upto 50-60km with a speed limit of 25 kmph.

The battery pack is not removable and braking is via disc brake in the front and drum brake at the rear. These two e-scooters get anti theft locking device and USB port for mobile charging.

The four electric had been opened for booking on the company website but they do not qualify for the FAME-II subsidy. These new electric scooters will take on the newly launched range of Hero electric scooters. 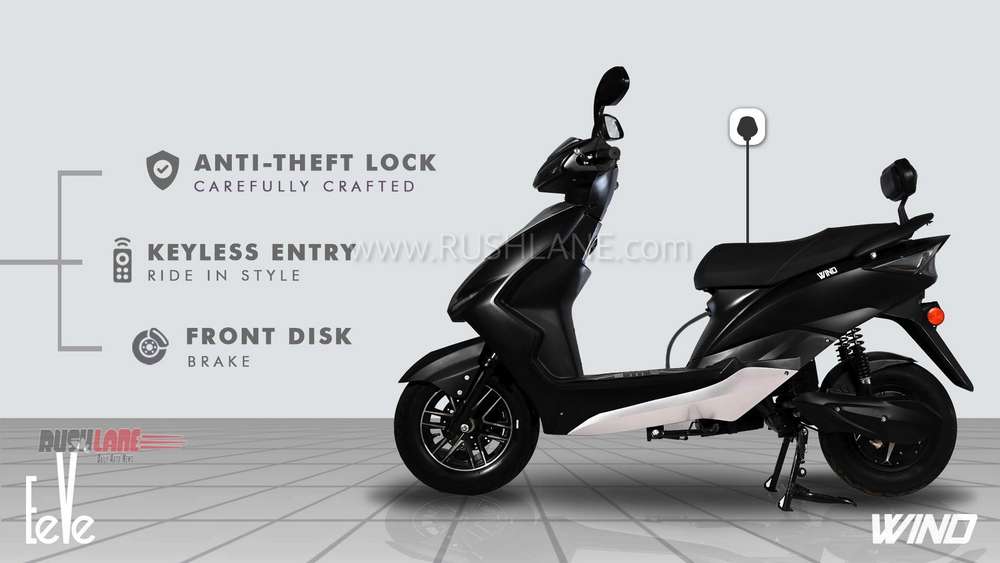 Hero Electric has recently launched the Dash electric scooter at an introductory price of Rs.62,000. The company also launched Optima ER and Nyx ER (Extended Range) – expanding its range of heavy duty and high speed e-scooters in the country. These electric scooters will go on sale via the company dealerships and priced at Rs. 68,721 and Rs. 69,754, respectively.

Upcoming electric scooters will also include the Yamaha EC-05 while BenLing, a Chinese bike maker is also planning launch of the Aura e-scooter sometime next month to rival current segment leader Ather 450.

These initiatives are being taken following the Government of India’s endeavor towards discouraging conventional vehicles. The Budget 2019 also brought with it a host of incentives with tax deduction on loans for electric scooters, lower import duty, and the highly anticipated reduction of GST on electric vehicles and chargers from 18 percent to 5 percent.