Formed in 2012 – Eicher Polaris Private Limited (EPPL) was a JV between India’s Eicher Motors and America’s Polaris Industries. About 6 years later, this JV has now been terminated as it was generating losses.

In a statement released to the media, Eicher Motors announced that “the board of directors of Eicher Polaris Private Limited (“EPPL” / “Company”), EML’s equal joint venture with US-based Polaris Industries Inc., at a meeting held on March 9, 2018, passed a resolution to close the operations of EPPL with immediate effect.” 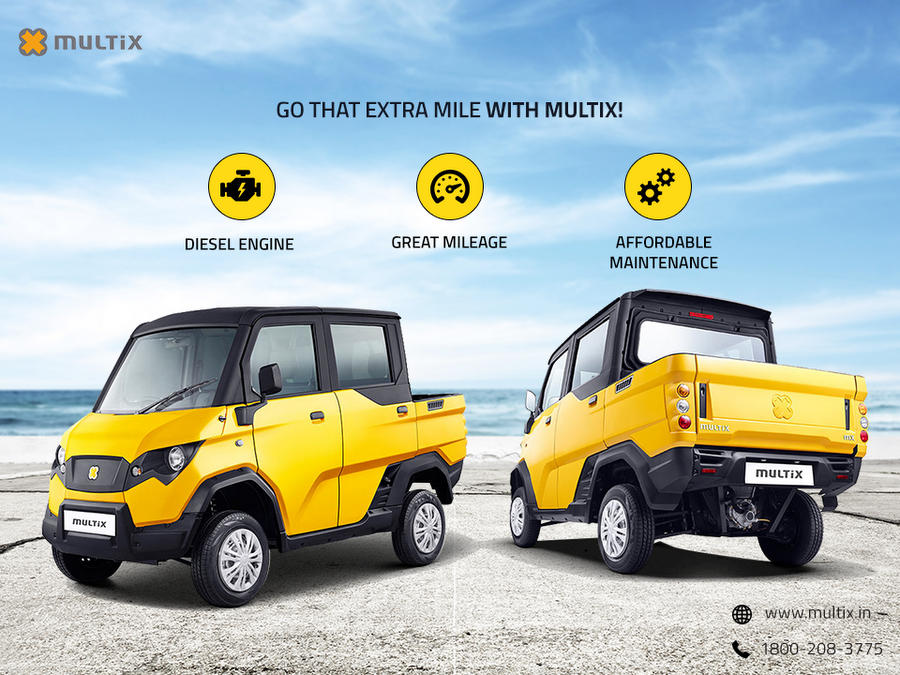 The JV was formed to offer a low-cost, multi purpose vehicle. This could be used as a commercial as well as a passenger vehicle. The result was – Multix, which was launched in June 2015.

Initially, Eicher Polaris Multix was received very well in the market. There was a good buzz, thanks to its innovative design, and features it managed to offer at that price point. Priced from just Rs 2.32 lakhs, Multix could be used for transporting goods, people, as a passenger vehicle, and also to power your home.

Yes, it had an in-built electricity generator. All you had to do was plug the Multix cable to your home’s main supply and start Multix. Your house will have electricity. This feature was developed keeping in mind the frequent power cuts seen in tier 2 and tier 3 cities, villages and remote areas in India.

They even upgraded Multix engine to BS4 standards, and were regularly adding new dealers and widening network. Sadly, the company was not able to increase sales. In fact, sales stopped growing and started declining.

It reached a point where they were significantly lower than company’s expectations. “Hence, the board of EPPL has concluded that in the present circumstances, it is in the best interest of all stakeholders to close the operations of the Company.”

“In the coming days, the Company will engage with all its valued stakeholders including customers, suppliers, employees and channel partners to implement the closure. The Company will continue to provide spares and service support for the fleet of Multix vehicles on the road.”