Ampere Magnus Pro Review – Finally a contemporary electric scooter! Was it so hard?

Should the Ampere Magnus Pro be featuring in your scooter shortlist, shoulder-to-shoulder with conventional petrol options? Here is what we think after sampling one 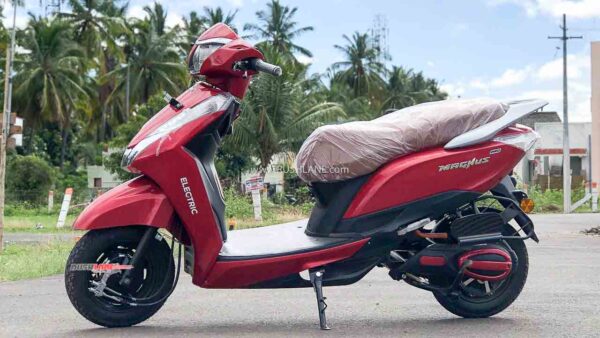 Electric Scooters from the beginning have been known to be quirky. Especially in a fashion sense. I used to think the busy and flashy design of electric scooters are mostly why people thought too much to try it out. Even I decided I wouldn’t be caught dead riding a toy for a vehicle.

Then I started finding highly futuristic looking electric two wheelers, ones that look too modern for the present age. There have been very few vehicles in the middle ground, standing shoulder to shoulder with the contemporary petrol powered vehicles. One of them, which I admire, is the Ampere Magnus Pro.

Riding around on the Magnus Pro, I hardly got stopped with an inquiry by the public, at traffic lights, or wherever I parked, which is something I liked because I like to think my look-at-me-I’m-so-cool days are far behind me. Now I’m all about the business end of things, and my choices better seem mature, sophisticated and noteworthy for the right reasons. 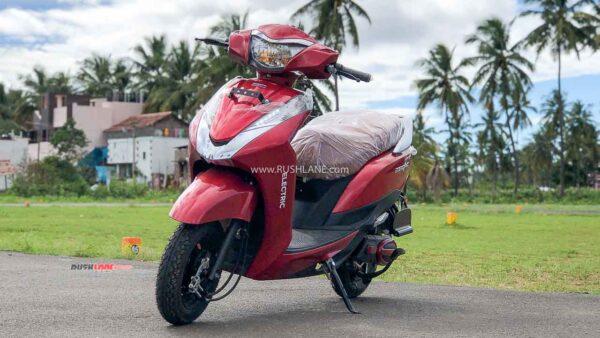 Still being in an era where I’m most likely to be run over on the road by a petrol/diesel vehicle, my choice of buying a scooter would have both electric and fuel-powered vehicles. It would take a lot more time for petrol vehicles to fade into the past.

So when I draw up a list, whether I’m considering buying one for myself or for my parents, there would be Activa, Jupiter, Access, Ather and possibly some good other electric scooter with good value proposition. Having ridden the Ampere Magnus Pro recently, I can impartially say that it would make it to the list. 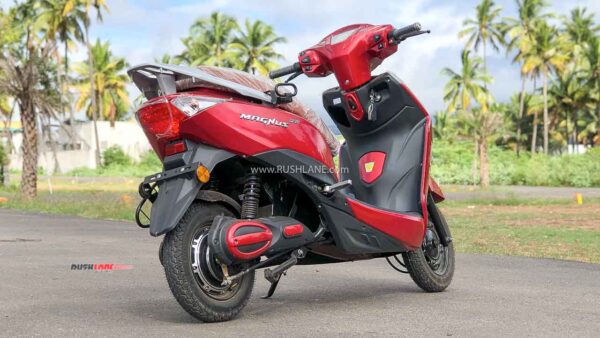 Reasons why I would consider is firstly the fact that it looks as smart and trendy as the other vehicles in that list, so there is no compromise or overcompensation on the looks front when I pit it against the proven scooters. The colour choices are appealing and the use of matte black and chrome elements are complementary to the overall design. 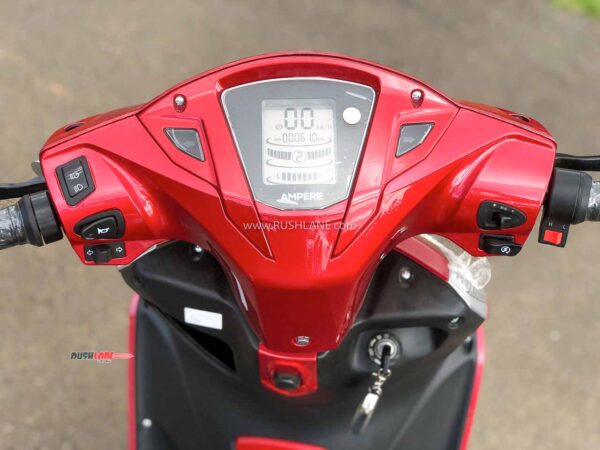 The contrast seat upholstery on Metallic Red and Bluish Pearl White coloured Magnus Pro is a concept that is generally accepted and appreciated on other scooters, which also sits well on the Magnus Pro. The seat design is as stylish as it is functional.

Secondly, it rides almost as good as a petrol scooter. The cruise comfort is splendid and the vehicle reacts way better to potholes and speed breakers than some of its direct competitors that I’ve ridden. The performance is good enough for an enthusiastic rider in a busy city, and when the road clears there’s good rush in the motor till it maxes out around 55 kmph. 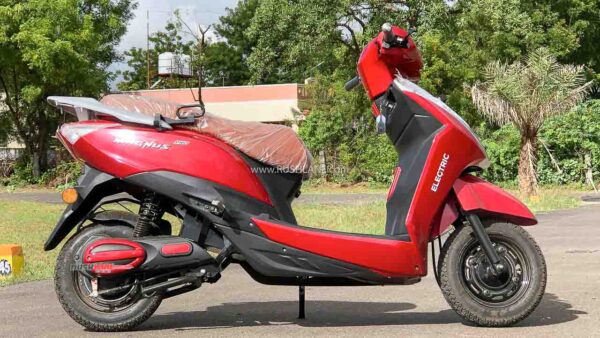 If I’m buying this scooter for my parents, I wouldn’t want any more power in it. The Low and High modes (via the red switch on the right) does a distinctive job. The other switches have good tactility, but could do with better ergonomics. The all-digital instrument display is legible and it could’ve included a trip meter.

The braking performance is fair and gentle, and safer than it used to be generally thanks to the mandated Combi Braking System that works well on the Ampere Magnus Pro. The scooter also has regenerative braking, which may require some fine tuning in the way it noticeably kicks in and reluctantly turns off. 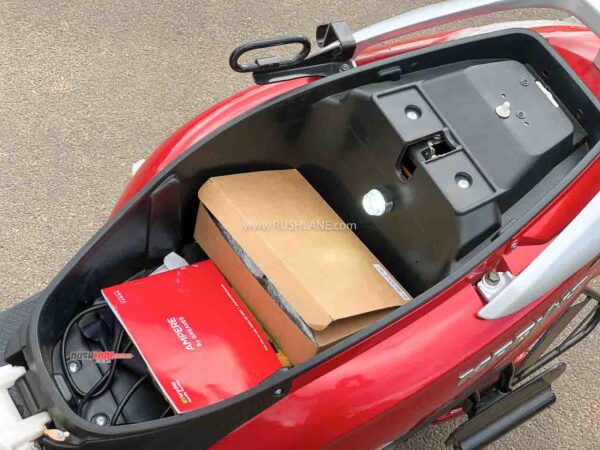 What we think of it?

The 85 kg scooter including the removable battery, is a breeze through traffic, and a recommendable one for all who wish to test ride and start thinking about going electric. The range on paper is 75 km per charge of 5-6 hours, but as you may very well know it is dependent on rider behaviour. In short, the Ampere Magnus Pro definitely deserves a visit and a test ride by those who wish to buy a scooter, any scooter for commuting.