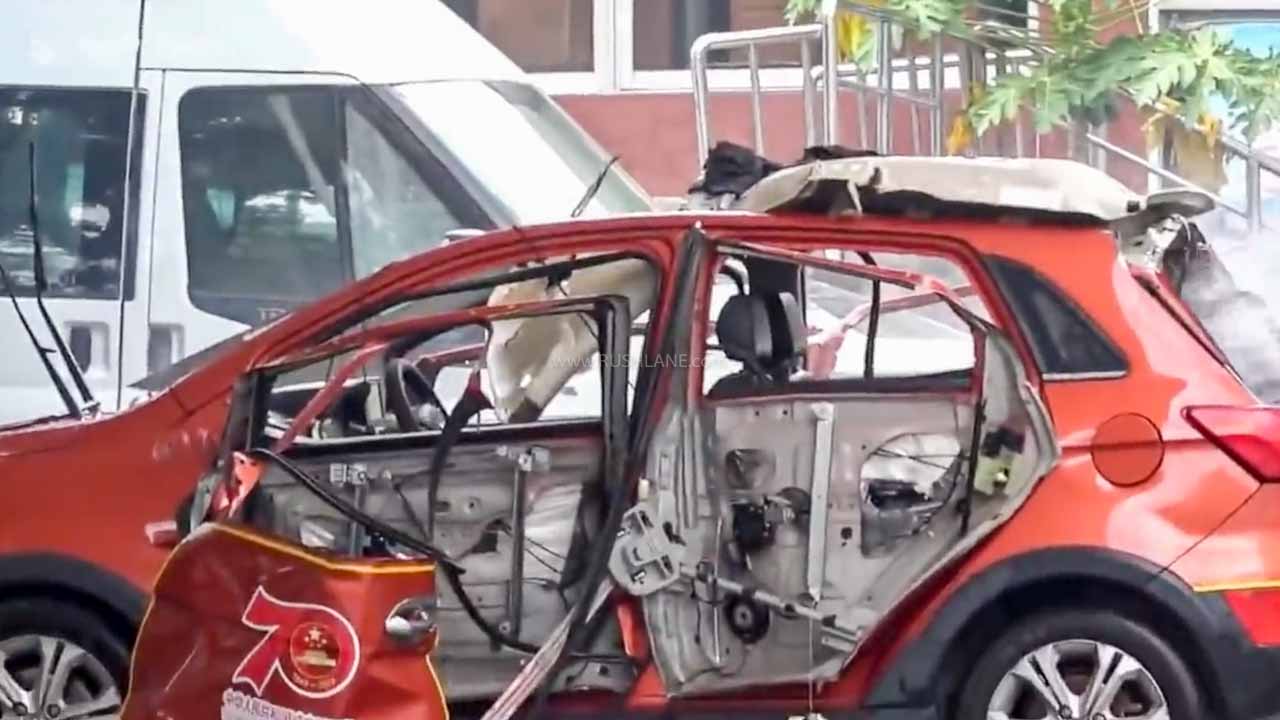 The incident took place in China, where demand for electric cars is on the rise – No one injured in this incident

In yet another incident that raises questions about safety of EVs, an electric car can be seen exploding after it caught fire due to a potential battery malfunction. The incident happened at a charging station in Sanming, located in southern China. Electric cars are quite popular in China and there’s fierce competition between international players such as Tesla and local EV manufacturers.

As per reports, the electric car was facing issues with charging. After a while, smoke started to come out of the car and it also caught fire. Fire fighters were called subsequently and they tried the conventional technique of cooling things off with water. All this while, the car was still plugged into the charger.

However, this was not the right thing to do, as using water is generally not advised for fires involving batteries, especially the ones that have lithium. Watch the explosion video below.

Potential cause of the explosion

Lithium reacts violently with water, producing flammable gases and it also ignites upon contact with water. Another possible theory is that the electric current in the car could have reacted with water, producing hydrogen and oxygen via the process called electrolysis of water. As the car was already on fire, a few sparks could have easily ignited the combustible gases present inside the car.

The explosion was quite powerful, as the doors and roof were ripped off in an instant. The explosion also produced a ball of fire, which clearly indicates towards presence of flammable gases. Both hydrogen and oxygen can explode if the required conditions are met. This is why water (H2O) is not recommended for dousing fires caused by gasoline. Putting water on a gasoline fire causes the fire to erupt even more violently, as the hydrogen and oxygen in water start to burn.

It is not yet known which electric car was involved in this accident. Thankfully, the nearby area was evacuated after fire fighters rushed in. So, no one was injured in this incident.

Other cases reported in the past

This is not the first time that we are witnessing a car going up in flames. Over the years, several such cases have been reported involving both electric cars as well as gasoline powered cars. In 2019, A Tesla Model S had caught fire while it was parked. The incident had happened in China and was captured on CCTV camera.

A similar incident had happened in Montreal, Canada in 2019, where a Hyundai Kona electric car had caught fire when parked in the garage. The owner had claimed that the car was not even plugged in to the charging board. The fire and smoke was followed by a powerful explosion that took out the garage door and ripped off part of the roof and walls.

While electric cars are quite safe, such incidents show that there’s room for improvement. Users also need to follow prescribed usage and maintenance guidelines, as high powered lithium batteries can be dangerous if handled inappropriately.