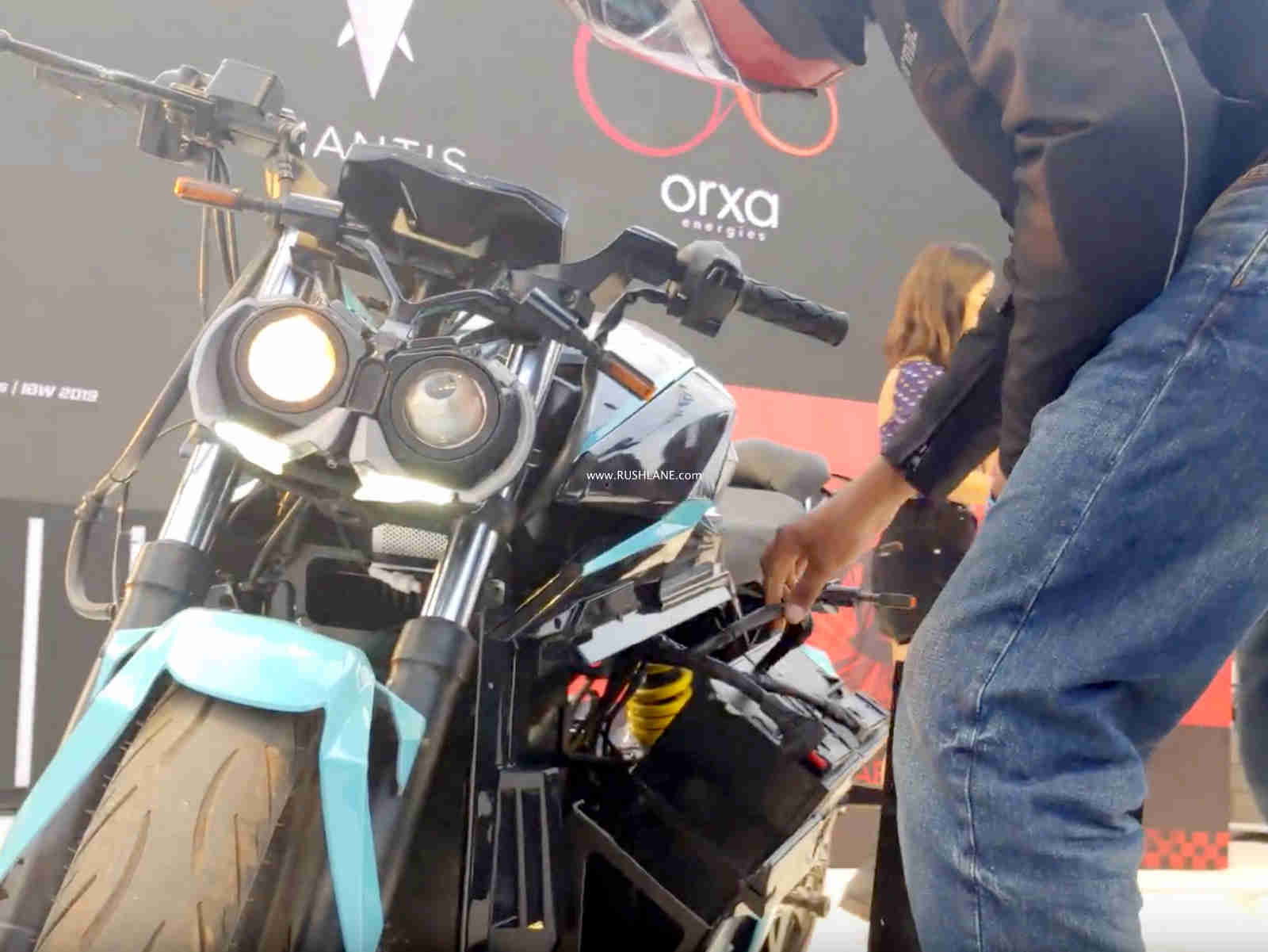 India Bike Week (IBW) 2019 saw the unveiling and showcase of a wide variety of products and technology in the world of motorcycles. The sixth edition of the popular Indian motorcycle show also became a venue for a few EV brands, including Orxa Energies. The Bangalore-based start-up gained enough attention at India Bike Week 2019 with the introduction of its first product — the Orxa Mantis.

The Orxa Mantis easily stands apart from any other motorcycle (ICE or electric), purely in terms of design. It follows a neo-retro naked design philosophy which reminds us of an amalgamation of Chappie and Wall-E; two iconic robot characters from Hollywood.

The motorcycles that were on display are still far from hitting production, but were able to throw some light on what the company has to offer in the not-too-distant future. Watch the video below by YouTube channel Torque TV, which details how the battery can be replaced.

Even though the founders of Orxa Energies, Ranjita Ravi and Prajwal Sabnis, did not share the exact details of the powertrain used in the Mantis, it was mentioned that the motorcycle was capable of “brilliant performance figures”. The company claims that the Orxa Mantis, upon hitting the market, will have a top speed of almost 140km/h and a range of at least 200km on a full charge. The electric motorcycle can attain 100% charge from empty in around four hours.

However, the primary highlight of the Orxa Mantis is its battery-swapping technology. The motorised side panels can be opened upon on a touch of a button via the instrument cluster or a dedicated smartphone app. The process of changing the batteries is quite simple and the modular Li-ion battery pack has been developed in a way that it can be supplied to other manufacturers as well.

Ultraviolette Automotive, another EV start-up based in Bangalore, recently unveiled their F77 performance motorcycle. The Ultraviolette F77 boasts of a similar battery-swapping method and is a direct rival to the Orxa Mantis. For the same reason, prices are expected to be in the range of Rs 3 – 3.5 lakh ex-showroom as for the F77. The launch event is planned for next year.

Like every other newcomer EV manufacturer in India, Orxa Energies plans to set up its own dedicated charging and battery-swapping stations across major cities in India. From a convenience point of view, battery-swapping (even though it may come at a higher service cost) is a much better choice compared to waiting for hours to extract some range out of a plug point.