Electric scooter from a Japanese brand rides to Khardung La top – At 18,380 feet

To test power and performance of the Praise electric scooter, two valiant riders have taken two such bikes to Khardung La, the world’s highest mountain pass. This feat makes the Okinawa Praise the first electric scooter to travel to a height of 18,380 feet. 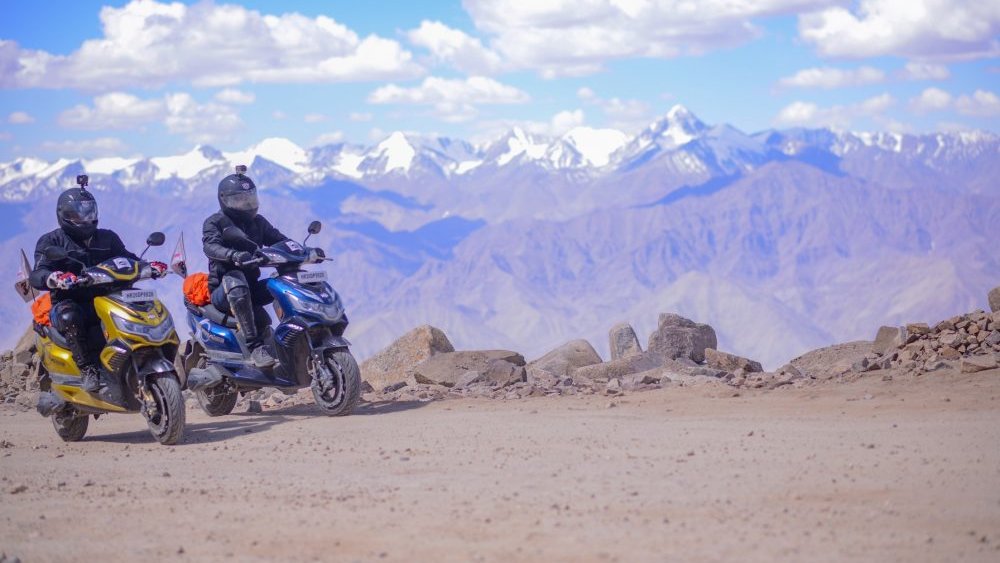 Under the campaign “Praise De Himalayan”, two riders set off from Gurgaon and travelled a full 10 days to get to Khardung La. They covered a distance of 1,350 kms and traversed across Ambala, Jalandhar, Pathankot, Banihal, Ganderbal, Sonamarg, Srinagar, Bhimbat, Lamayuru and Leh to finally reach their destination Khardung La.

The two Okinawa Praise scooters were ridden at average speeds from 55-75 kmph depending on climatic conditions, road conditions and difficult terrain and the scooters offered a range of 170-200 kms per charge. 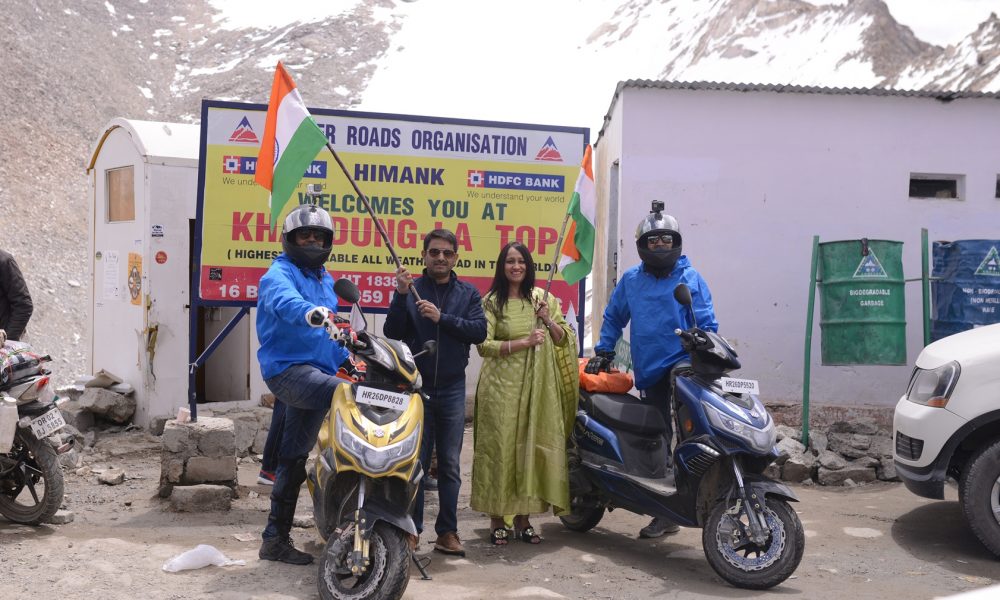 Okinawa Praise electric scooter is priced at Rs 66,273. It has been recently introduced in India and offered with a wide range of features and 3 ride modes of Economy, Sporty and Turbo. The electric scooter is powered by a 1000 watt electric motor producing 2500 watt power or 3.34 bhp and 40 Nm torque.

Okinawa Praise is currently available with a Lead Acid battery pack as standard while the company also plans to introduce a 72V, 45 Ah lithium ion battery in the next few months. This lithium ion battery will not only be lighter but will also be capable of faster charge time.