Bangalore-based electric sportsbike startup Emflux Motors marked the occasion of Independence day by announcing its second product. The maiden product, a fully faired electric superbike name ONE, is still in advanced stages of development. The second product, you guessed it right, is called as TWO.

Without revealing much about the Emflux TWO, the company has has come up with a teaser image. Whatever is visible in the image point to a very expressive and bold styling, very much like the ONE. Flamboyant bodywork, a neat and funky LED headlamp, meaty tyres, and sturdy telescopic fork (looks like an inverted unit) are the salient features.

Emflux says that the street fighter will be available in two variants – the more affordable TWO and top-end TWO+ (Two Plus). We reckon the TWO+ may be equipped with slightly more powerful motor and a higher capacity battery pack compared to the base variant. 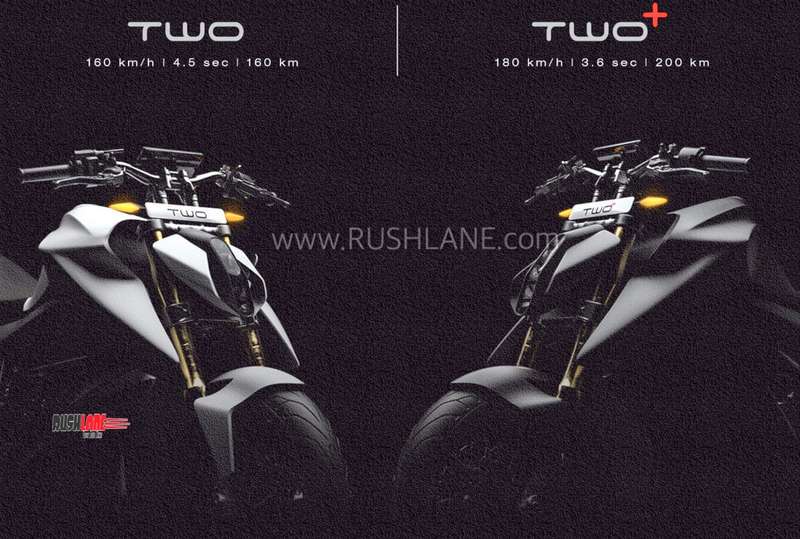 While the company said it will continue to operate at the premium end of electric two wheeler market, it hinted that it is open to possibility of exploring the mass market segments through its sister brands and technical collaborations with other organizations interested in venturing into EV business.

Speaking about the launch timeline of Emflux ONE, the startup said that developing every aspect of a high-end electric sportsbike is an extremely time consuming process but the positive take-away is immense learning which would help the team develop subsequent products relatively quickly. No concrete timeline for the launch of ONE has been announced yet but we expect the motorcycle to have a limited production run starting from next year.

Coming back to the Emflux TWO range of street fighters, we expect the electric motor and battery pack to have lower specifications compared to those of flagship ONE. However, the chassis, electronic architecture, wheels, suspension, braking system, etc., are most likely to be carried forward to take advantage of the benefits of scale.

While most of the young electric two wheeler startups in India are focusing on commuter scooters and motorcycles in the INR 1-1.5 lakh price bracket, Emflex is set out to create a niche for itself in the premium sports segment.