At the moment, electric powertrains see high potential among scooters and commuter motorcycles

It may be recalled that eMotion Motors of Coimbatore had unveiled the eMotion Surge electric motorcycle at Auto Expo 2020, earlier this year. It was showcased in a near-production format while plans were afoot to launch the electric bike sometime in September.

However, COVID-19 put all those plans into disarray. Coordination with suppliers for essential components and certification issues have also delayed the initial launch timeline. The pandemic has definitely spread its impact beyond the health of mankind. Several businesses still remain in a state of struggle. If we take the Indian automotive industry, OEMs are gradually seeing an increase in sales. 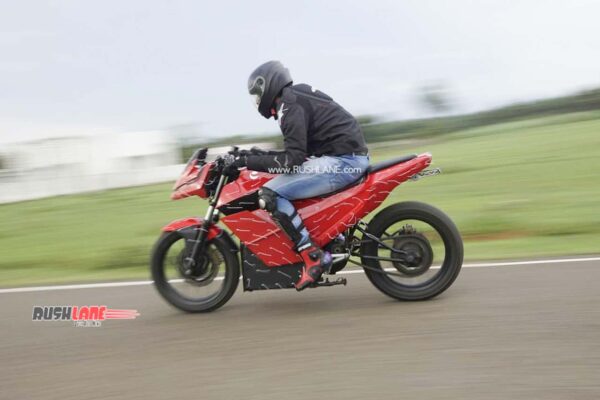 The eMotion Surge has been under development for the past seven years and was put through over 30,000kms of testing. It will be available in two variants: Surge 6K and Surge 10K. eMotion Motors has shared the latest images of the EV (in prototype stage) on its social media handles.

As the nomenclature suggests, the Surge 6K will pack lesser output and hence, cost considerably less. eMotion Motors claims that the ‘6K motor’ is roughly 40 per cent lower on performance than its ’10K’ sibling and can tough a top speed of 100km/h. It has a 3-speed transmission. On the other hand, the eMotion Surge 10K is capable of going at 120km/h while mated to a 4-speed transmission. Peak torque stands at 28Nm.

The e-motorcycle employs three 2.88kWh swappable battery units that can return almost 200kms on a full charge. The system can recharge almost entirely from a standard charging facility in roughly 3.5 hours. This comes down to 50 minutes using a DC fast-charger. 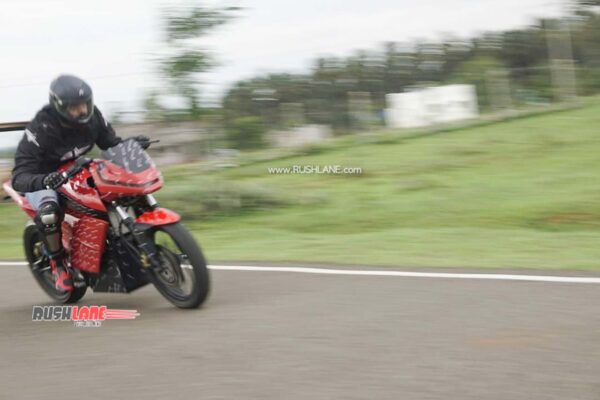 In addition to the domestic market, eMotion Motors is planning to start exports at a later stage. The company has not mentioned the pricing of ‘India’s first geared electric motorcycle’ but one can expect figures to start at Rs 1.30 lakh ex-showroom (roughly Rs 25,000 more for the 10K).