This year’s edition of Auto Expo is all about electric vehicles from established four-wheeler OEMs and homegrown two-wheeler startups.

Pune-based Everve Motors is one of the many electric two wheeler startups to debut their products at the ongoing biennial event.The Everve EF1 electric scooter is the company’s first product. It is being showcased in the form of a concept and the production version is said to adopt different customizable themes based on a common frame and powertrain.

The unconventional looking e-scooter is powered by a 3.3 kW electric motor which the company claims to be good enough for a top-speed of 90 kmph. If that is not enough, owners can opt for a 5 kW unit which improves the top speed to 110 kmph. 0-60 kmph is claimed to be achieved in 8.73 seconds. 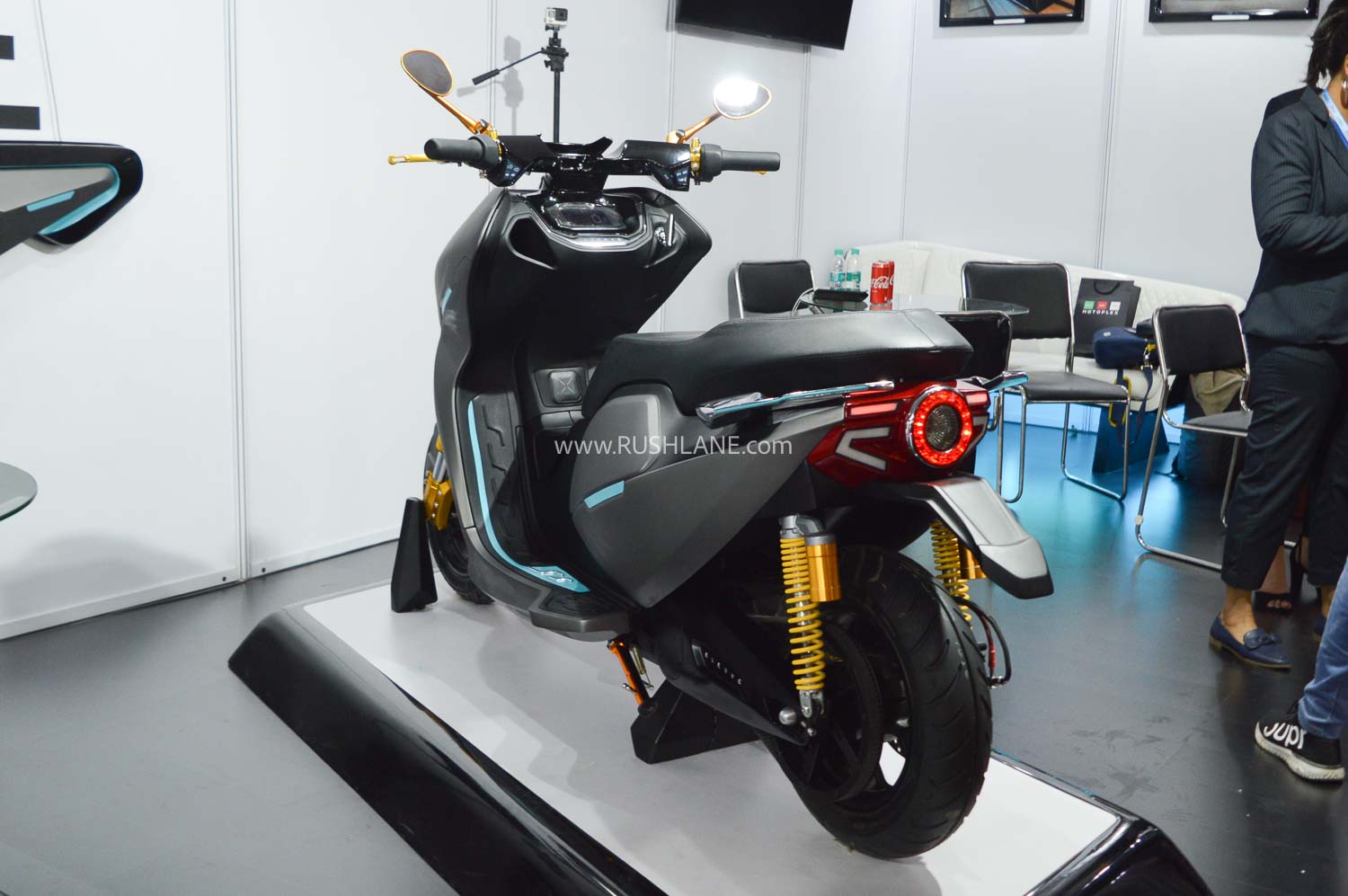 While Everve Motors confirmed that the battery will be removable for charging, it stopped short of discussing the specifications. Given that the EF1 is aiming for a premium positioning, we expect the battery to be large enough for a range of at least 100 km on a full charge. Detailed specifications are under wraps as of now. The Everve EF1 electric scooter is equipped with inverted telescopic front fork and a single-sided rear shock absorber.

The scooter adopts a curvy design up-front with dual-tone apron, circular LED headlamp and an interesting DRL. IN profile, things are angular and bulgy. The foot-board is all completely flat but there is ample place for the rider to rest his/her feet. The contoured seat is long and offers above average surface area for the rider and pillion. Keeping up with its premium appeal, the Everve EF1 sports alloy wheels, disc brakes at either end and thick tubeless tyres.

The Everve EF1 has been in development for a year now and if things go as per plans, it should be ready for the market towards the end of this year. The EV startup says that it doesn’t aim to enter into a price war with its competitors (Ather 450X, Bajaj Chetak, TVS iQube, etc) but would rather rely on its product’s performance to appeal to customers.

Everve would be going against some well established rivals. It would be interesting to see how the company shapes up in the long run.