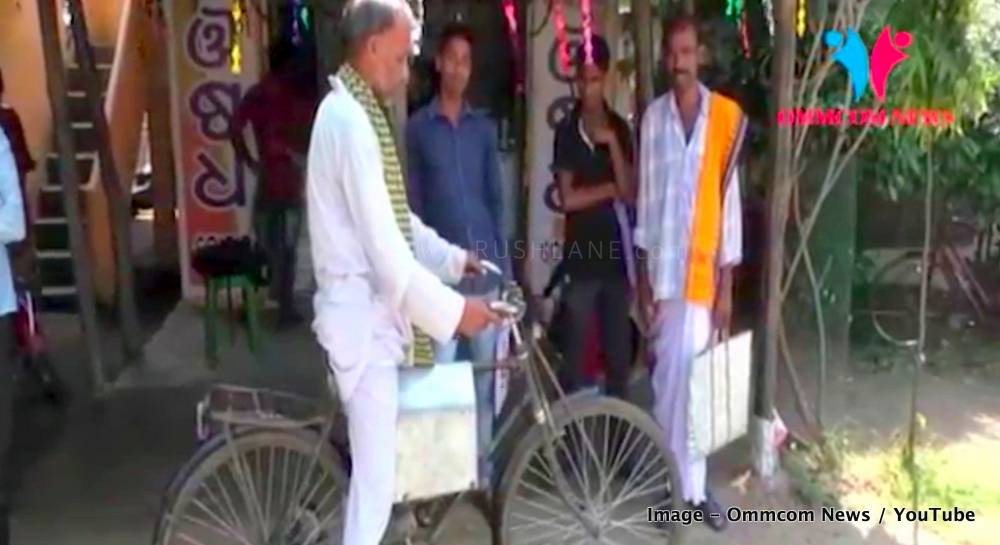 Dilip Mohapatra from Odisha is no automobile engineer and neither does he have any factory premises or technical know-how. Yet he has been successful in constructing a battery operated bicycle at fraction of a cost of a factory bought electric bike.

He has been showing off his creation and has been receiving accolades for the same while he now pursues his endeavor to create more such bikes in the future. Local media channel Ommcom News has shared a detailed report.

Dilip Mohapatra, a farmer by profession and a resident of Bamanda village in Boudh, Odisha, has developed this bike with his own money. He claims that the bike does not cause noise or air pollution, can travel upto a speed of 30 kmph without any diesel or petrol and can run upto 80 kms on a single charge of batteries for 4-5 hours.

Mohapatra has achieved acclaim for this environmentally friendly bike which he built and funded. It looks like a bicycle but runs like a motorcycle and is fitted with two 12 volt batteries and a 35 watt motor which he purchased from a store in Delhi. The bike has an accelerator, controller for regulating speed and gets an LED headlamp and bat light. 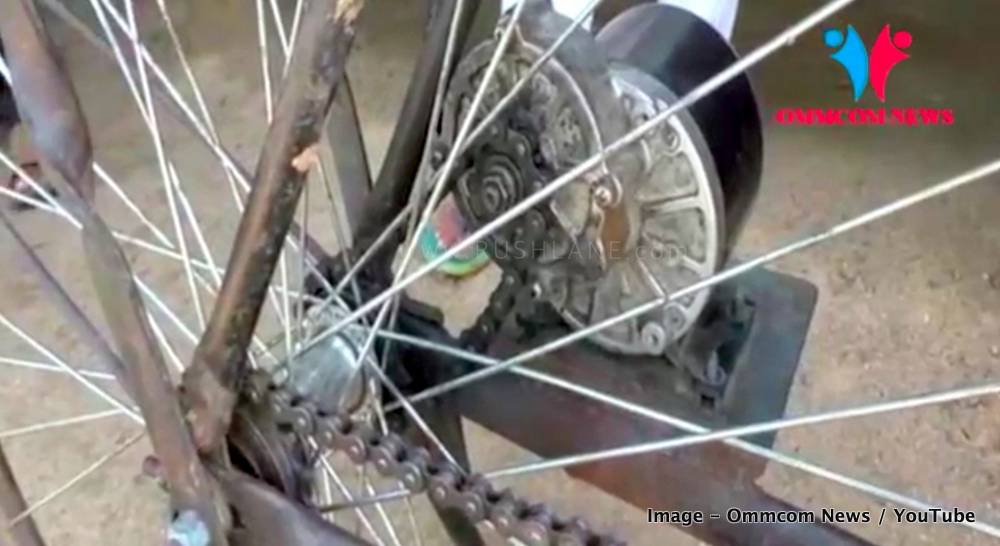 The modified cycle as electric bike has come to the rescue to his old age as well. It was getting difficult for him to cycle as he was no longer young as before. This is another reason he created this electric bike. Now not only he can travel to his destination effortlessly, but also at a faster pace. And if needed, can even give lift to other old people in his village.

Mohapatra claims that riders of this battery operated bicycle will need no helmet (though this is still highly recommended for one’s own safety even while riding along rural roads), registration or license. It can carry upto two persons with ease and emit zero pollution and will be highly functional in rural areas with its ability to take on bad road conditions.

Mohapatra now seeks to make more such battery powered cycles in the future but his bad monetary condition proves to be a hurdle. He asserts that this will also be an ideal means of transport for local farmers who would not only find it convenient to use but its low cost could also be an added advantage.

Mohaparta may have been successful in this invention but he is not stopping there as he is now planning on turning his hand to making a battery powered cart for farmers in the future.