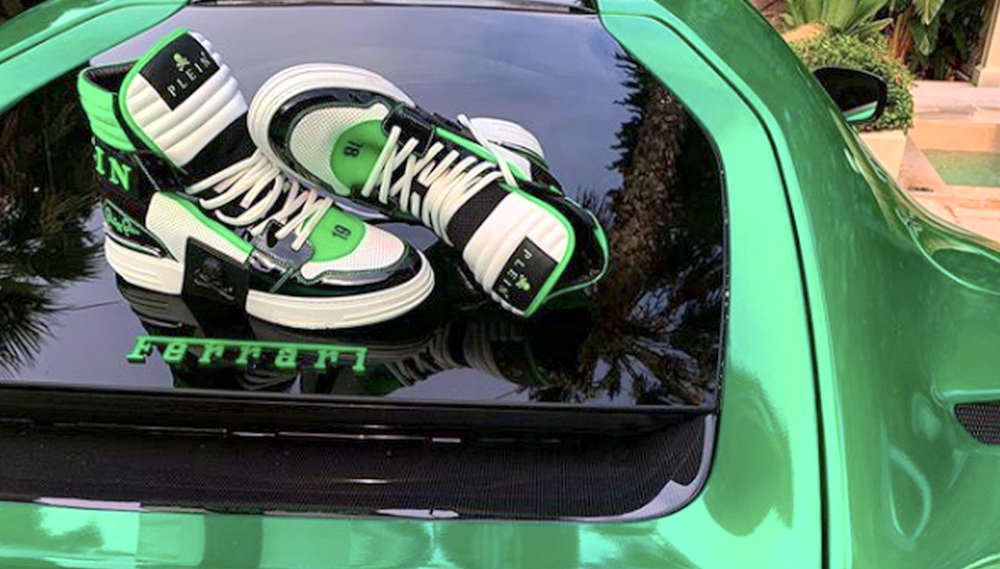 Philipp Plein, a German fashion designer known for bold shoe designs among others, found himself facing the wrath of Ferrari for using his green 812 Superfast as a prop to promote his new pair of green kicks (sneakers). A legal notice has been sent to Plein by the law firm which represents the Italian supercar brand in response to one of the designer’s recent Instagram photos.

The notice claims that the photo in question shows the Ferrari car as a prop in a ‘distasteful’ manner. It also states that the controversial photo associates Ferrari trademarks and model to a lifestyle that is inconsistent with the Italian brand’s perception.

The legal notice goes on to accuse Plein of unlawfully appropriating the goodwill attached to the Ferrari brand by using it to promote his own shoe brand and products. Ferrari gave the fashion designer an ultimatum of 48 hours to take down the image from all forms of media, failing which it would take the matter to the court. It also urged the millionaire to refrain from using Ferrari cars or trademarks for commercial purposes in the future. 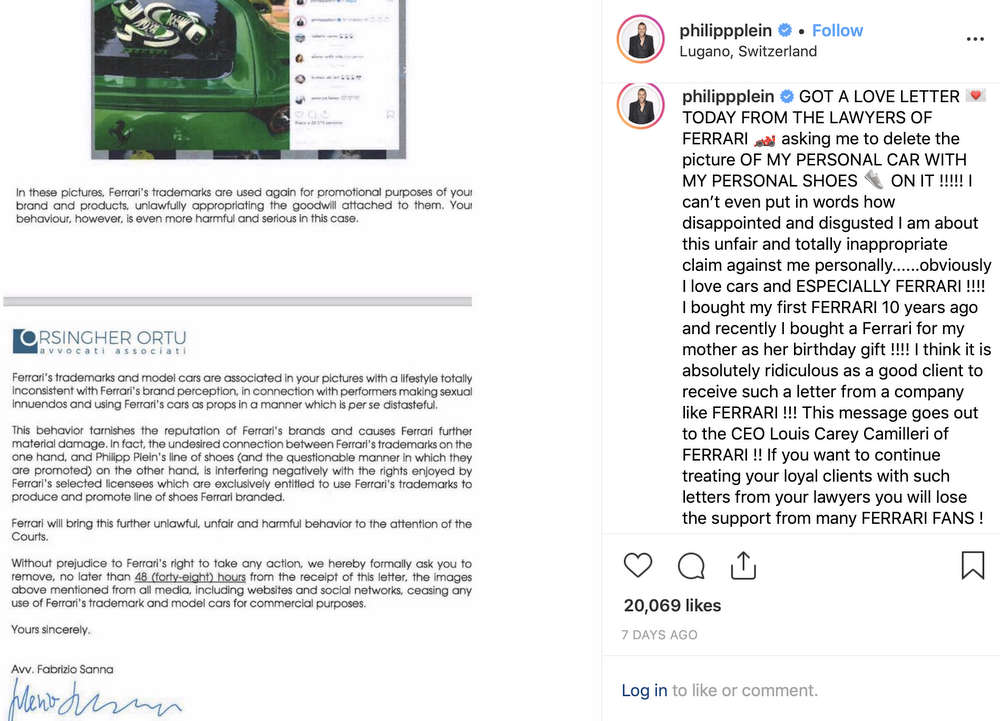 The Instagram image in question was posted on June 30 and as of writing this post, it has not been taken down. In fact, this is not the only post to feature the designer sneakers on the Ferrari. Philipp Plein’s Instagram timeline shoes a video in which the green sneakers are placed on the Ferrari 812 Superfast’s bonnet.

Interestingly, the popular designer also owns a fleet of limousines and supercars including a few Rolls Royces and a Lamborghini Urus which were also used as props to promote his sneakers. It remains to be seen if other automotive brands share Ferrari’s critical view of Plein’s Instagram antics.

Responding to Ferrari’s legal notice, Plein has asked his followers to show him their support by posting pictures of Philipp Plein shoes on their supercars. He even posted a slideshow of such photos that came his way.

He stated that this is not a fight against Ferrari but it is a fight for people’s right to post on their private social media accounts whatever they decide (as long as it does not cause any harm to anybody)!