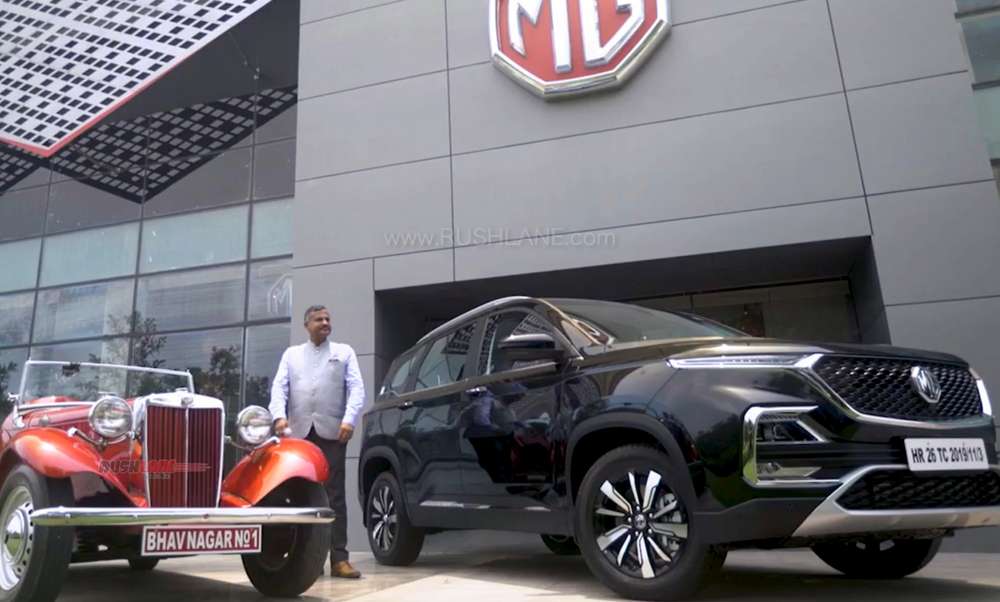 MG Hector deliveries have started. The short video note is a celebration of the first MG Hector in India. Mr. Mohan has always treated his cars as part of his family. And the new addition isn’t just an addition to the car count in his garage. A goldmine that parks 6 MG classic cars among a long and distinguished range of classics.

With MG India laying the groundwork for its big entry in the country, the company connected with Madan Mohan 2 and a half years earlier. His reason to purchase the MG Hector is a simple one that reflects his love for the brand. And so, when he heard MG is going to start production in India again, he couldn’t stop himself from buying the first MG Hector.

And it’s a love story that’s often been retold. When he first saw the car, it was love at first sight. For MG India too, it’s a story of equal measures of love and respect. In Madan Mohan, the company finds a real MG customer, a connect between the company’s history, and future. Watch Madan Mohan take delivery of India’s first ever MG Hector SUV.

The collector, businessman and restaurateur runs the 21 Gun Salute restaurant in Gurgaon. His endeavours include the annual 21 Gun Salute Vintage rally that’s been running since the start of the decade.

MG Hector personifies the brand’s yesteryears’ DNA, which the company wants to continue in future. With deliveries having started, by July end, one will get a fair idea of how big a dent Hector causes in the segment. Segment offerings include Tata Harrier, Jeep Compass, Mahindra XUV500, Hyundai Creta and soon to be launched Kia Seltos.

MG Hector has recorded over 13,000 bookings in about 15 days since launch. With production capped at just 2,000 units a month, dealers across India are now quoting a waiting period of 7 months for the Hector. Almost all dealers in major cities are sitting with more than 500 booking orders. Kerala dealer recently celebrated 1,000th booking order.

What is the reason behind such huge demand? Well, aggressive pricing is one. But in addition to that, MG India is also offering segment best built quality, premium features, best in class space, powerful engines, internet enabled voice command system and so on. Backing all this is unmatched 5 year unlimited kms warranty with free labour charge during service, and road side assistance for 5 years.

Currently, the company is focused on increasing its sales points across the country. A requirement that’s non-negotiable if MG hopes to reach out to a wider potential customer base. The company would also concentrate on brand building activities. While MG is looking at a wide SUV portfolio in India, the next car scheduled for launch is the EZS electric SUV.