Flooring the pedal of her brand new Ferrari at traffic signal, ends in a crash (Video)

Days after reports come in from Kolkata, India, where Shibaji Roy (43), Director of M. L. Roy & Co. Sanitations Pvt Ltd, lost his life after losing control of his Ferrari California T priced at INR 3.45 crore near Domjur in Howrah on NH-6, comes another such report of a supercar crash.

This incident happened in Wenling, China. The female driver just got possession of her brand new Ferrari 458 and was exiting the company showroom. The £500,000, (INR 4,51,53,624) Ferrari 458 suffered a head on crash into a divider and then onto an oncoming BMW X3 on the other side of the road. 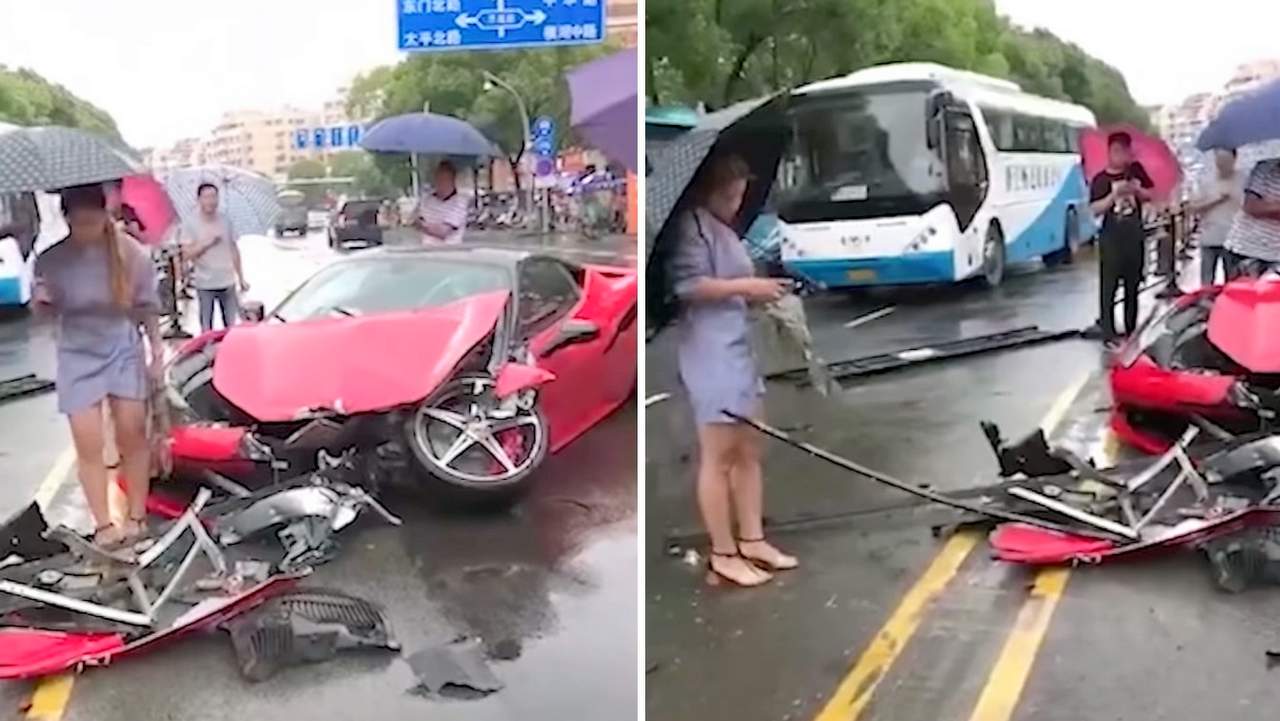 The brand new Ferrari 458 was a total wreck as can be seen on the CCTV camera footage with its front end totally damaged. The female driver and the other occupant survived the crash but the supercar was a total writeoff. Moments prior to the crash, the female driver filmed herself in the Ferrari. She bragged about the new car and the exhilarating feeling in driving such a supercar for the first time.

CCTV cameras at location show the woman driver losing control of the vehicle even though it appeared to be at low speed. She slamming into the metal road barrier and then onto the BMW X3 causing much damage to both vehicles, while the BMW X3 went on to collide into a black Nissan saloon car.

The Ferrari 458 was purchased by the rental dealership for £500,000, and cost of repair is estimated at half that amount. It is yet unclear if the woman was insured and if it would cover the damage.

Ferrari 458 is powered by a 4,499cc V8 engine offering 570 PS power at 9,000 rpm and 540 Nm torque at 6,000 rpm. A car with an engine this powerful requires some initial practice which probably the woman driver failed to possess.