Formed in October 2007, by Vijay Mallya, Force India F1 team is now officially replaced by Racing Point F1, when the new 2019 F1 car was revealed at a show recently. The name Force India is not part of F1 calendar anymore.

Lance Stroll and Sergio Perez revealed the Sport Pesa Racing Point F1 Team, at a launch event during the Canadian International Auto Show recently. The team’s new F1 race car – RP19, was unveiled. RP19 will be on display at the CIAS in Toronto and will be viewed by over 350,000 visitors over the next 12 days. 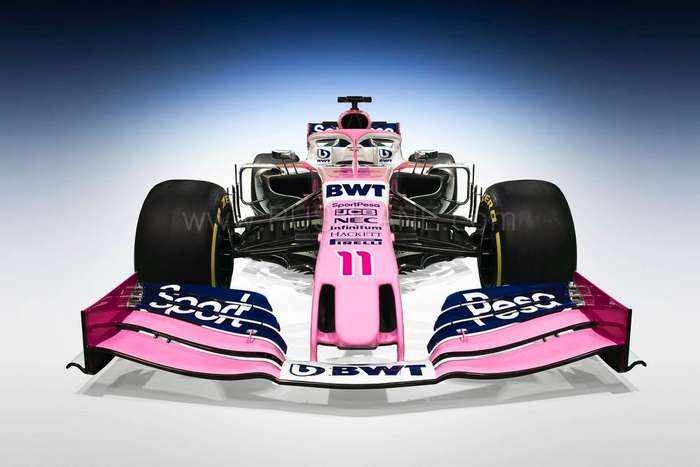 Formerly known as Force India, the team will race as Sport Pesa Racing Point F1 Team following a takeover by a group of investors led by Lawrence Stroll, a Canadian billionaire.

Racing Point RP19 is a Formula One racing car which has been designed and developed by Racing Point F1 Team exclusively for the 2019 F1 World Championship. Known internally as RP19, the car sports a pink livery with some blue accents to honour Sport Pesa, a global technology and entertainment company. 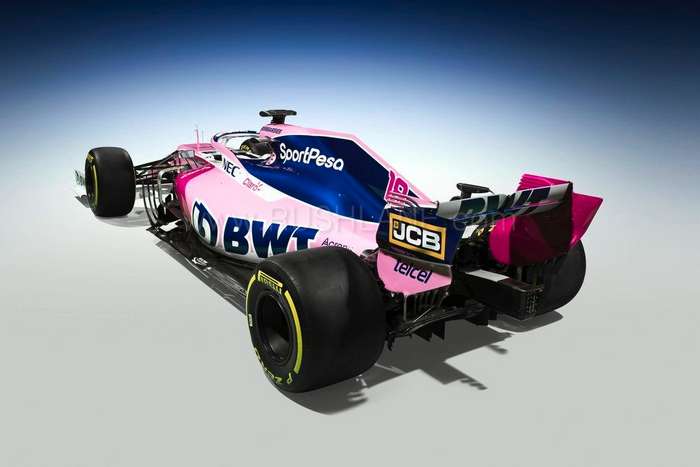 The Point logo is seen in a combination of pink, blue and magenta with the new partners JCB, Bombardier and Hackett. Branding is seen on the engine cover as well as on front and rear wings with logo of its main sponsor BWT seen on side pods and front and top of chassis, besides on head rests and reverse face of rear wing.

After the display, RP19 will take to the tracks for the first time, at the Circuit de Catalunya in Barcelona, when winter testing begins on February 18.