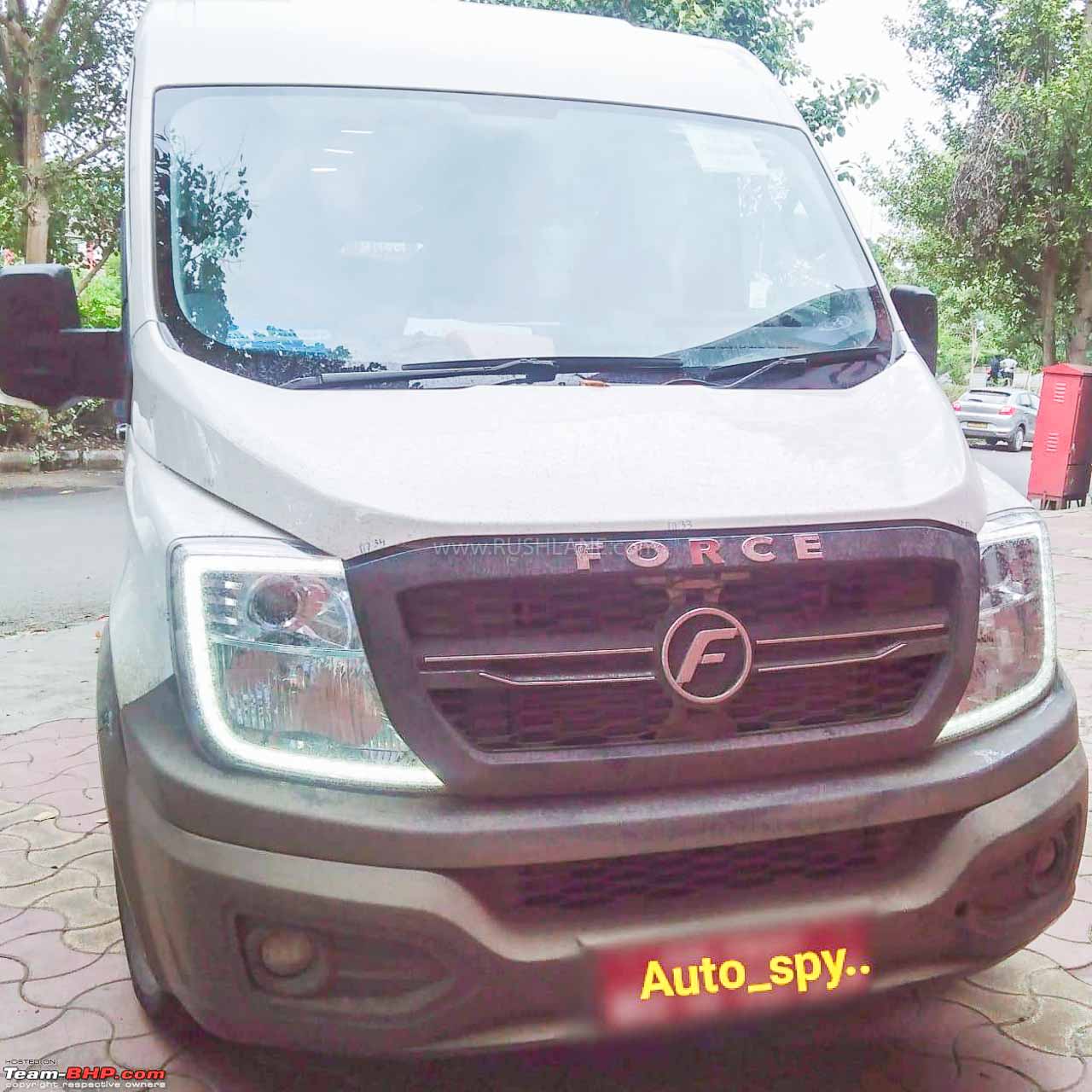 Force Motors had showcased its upcoming T1N BS6 commercial van in both diesel and electric formats, at Auto Expo 2020

Pune-based PV & CV manufacturer Force Motors had showcased a wide range of products at the 15th biennial edition of India’s biggest automotive show, Auto Expo 2020. The company is aiming towards all-electric or emission-free products alongside diesel and CNG models. Owing to this, Force Motors had set the Auto Expo theme as ‘100% Electric Mission’.

The 18-seater (excluding driver) T1N electric variant employs a 120kW (~161bhp) motor coupled to a single-speed planetary transmission. On the other hand, the 14-seater Force T1N diesel van employs a 2.6-litre four-cylinder engine making 112bhp. This is mated to a 5-speed manual transmission. Both variants send power to the rear wheels. Full specifications have not been revealed yet.

TeamBHP has shared a few images of an all-new Force T1N casually parked in front of a tyre shop. Unlike the usual trend, the test mule wore zero camouflage and looked production-ready. It was a diesel model and appeared to be in an entry-level trim (no wheel cups and non-painted bumpers).

A glimpse of the interiors shows a dash-mounted gear level, infotainment system (looks like an aftermarket touchscreen), various connectivity options and two rows of buttons (mostly dummy ones to install extra accessories). Being an early example, the vehicle had only three usable seats at the back.

Force Motors has spent close to a thousand crore rupees on its new-gen T1N project. Once launched, the vehicle will be offered in a long-wheelbase format too. The final version supposedly packs dual airbags, ABS+EBD, all-wheel disc brakes, three-zone climate control and a reasonably-sized infotainment system supporting Apple CarPlay and Android Auto.

Such people carriers often get a minor or complete interior-revamp by body designers and customisation shops. For instance, the more popular Force Traveller almost never remains stock if employed in tourism or private travelling businesses. Rumours claim that Force Motors plans to launch the upgraded T1N by the end of this year.