Ford EcoSport 4WD White colour spied on test in India – Is launch near? 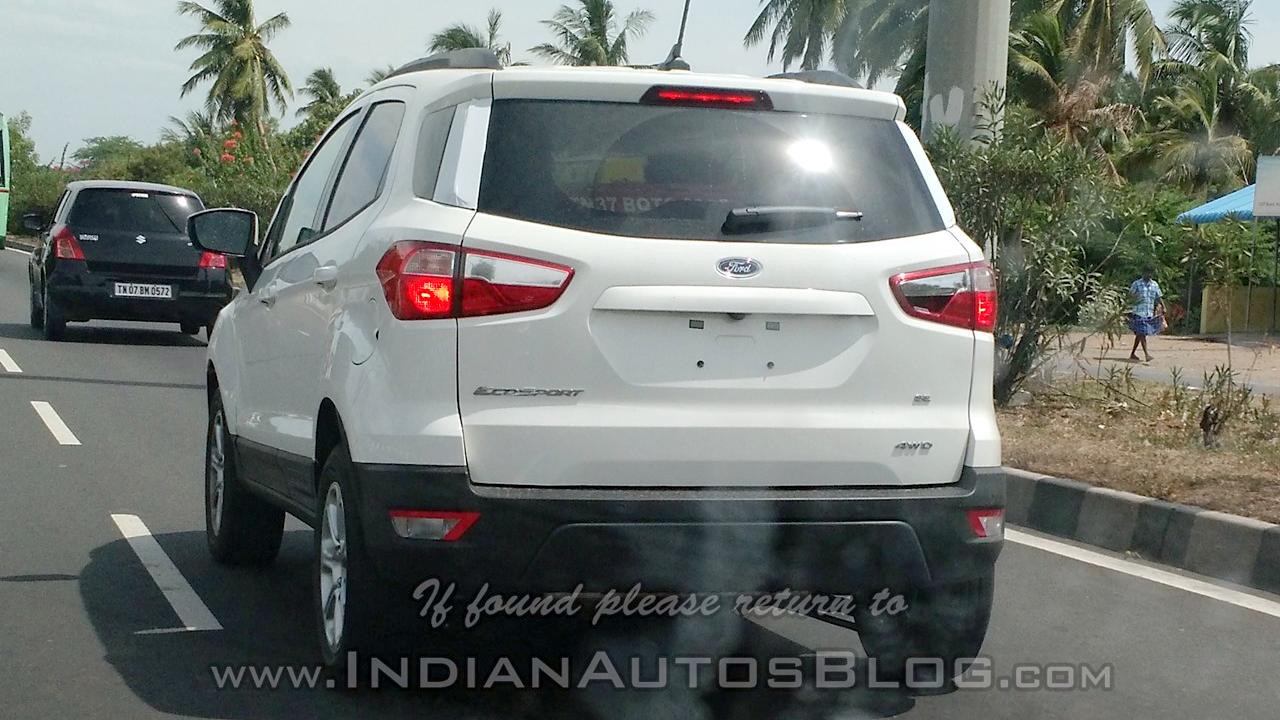 Ford EcoSport on sale in India does not come with a 4WD option. But those sold in markets abroad, do have that option. Considering that both variants – 2WD and 4WD are made in India, it could be possible that Ford launches the 4WD variant in India and improve sales.

2018 Ford EcoSport 4WD which has been spotted, is a mid-spec variant, that is positioned between the base S and top-end Titanium variant.

In the US markets, Ford EcoSport is sold in four grades – S, SE, SES and Titanium. They all are powered by petrol engines, a 1.0 EcoBoost engine and 2.0 Ti-VCT 14 petrol engine mated to a 6 speed automatic transmission. 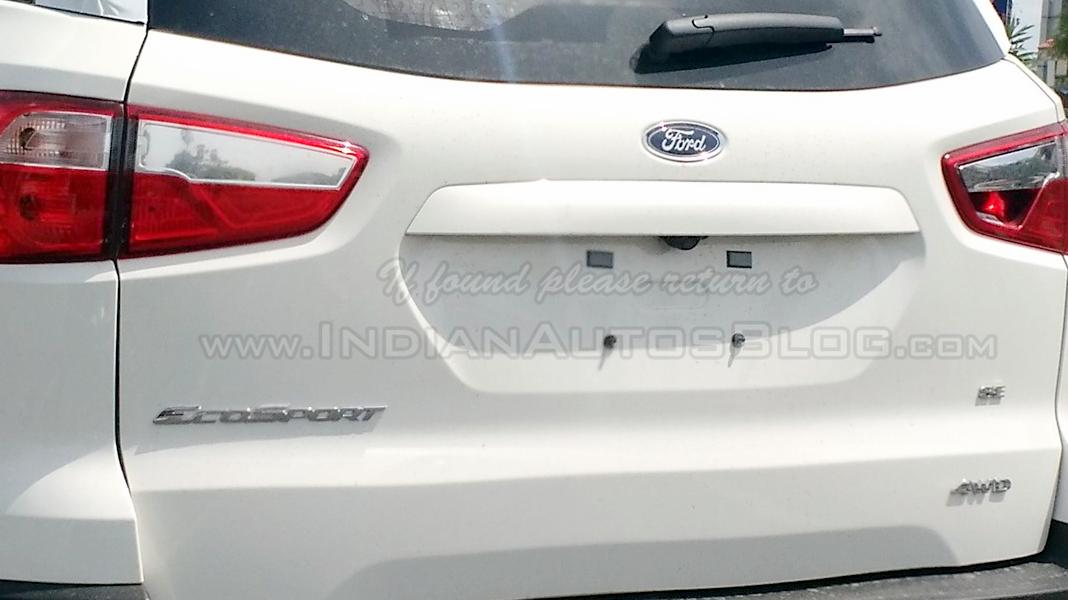 The US spec model measures 4,097mm in length which is 99mm longer than that sold in India which commands a sub 4 meter length so as to take advantage of tax cuts. The other difference between the India spec and US spec model is the lack a tail gate mounted spare wheel.