Detailed photographs of soon-to-be-launched Ford EcoSport Titanium+ Signature Edition and Titanium S variants have surfaced online. The spyshots give us clear idea of what to expect from the new top-of-the-line models.

The blue car in the pictures is the Titanium S version. Compared to the existing ranging-topping Titanium+ trim, the new variant offers sunroof and exterior color coordinated inserts on the dashboard. 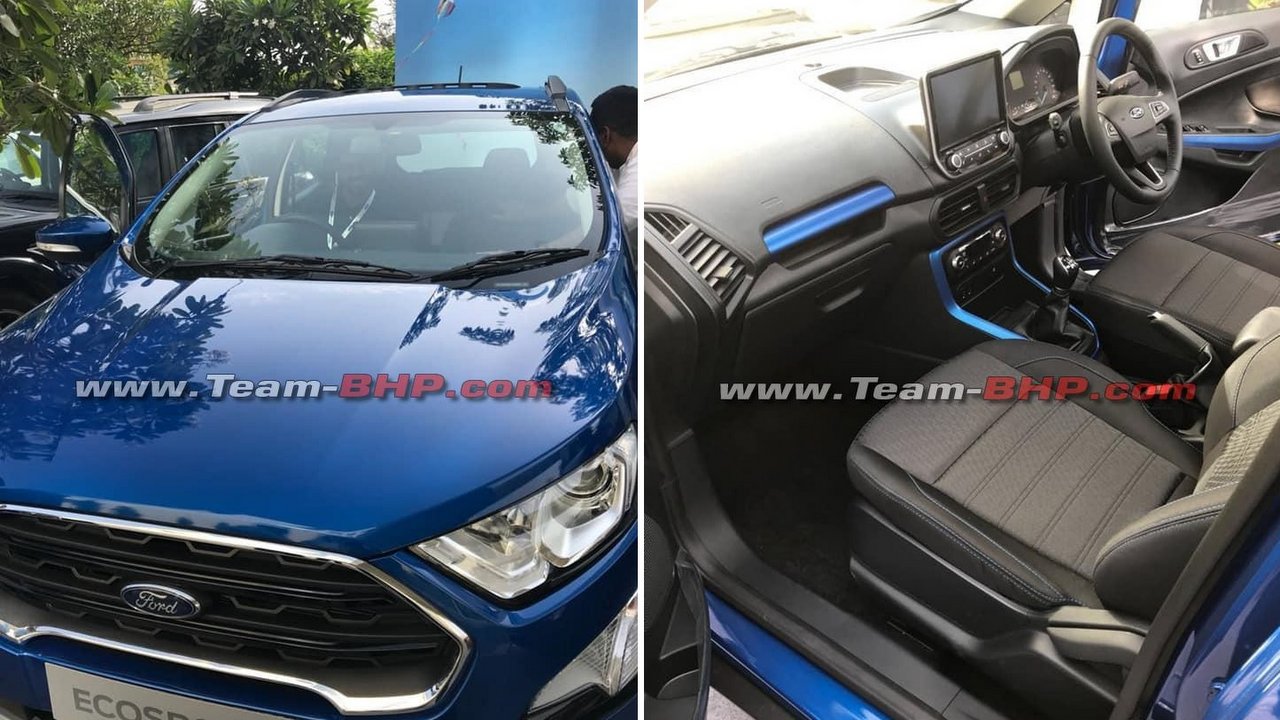 The more upmarket Titanium+ Signature variant offers leather seats, a bigger 9-inch touchscreen infotainment system and a bigger multi-function display on the instrument cluster in addition to the colored dashboard inserts and sunroof. There are no other immediately noticeable new futures.

The new variants are aimed at enhancing the recently refreshed compact crossover’s upmarket appeal. It’s to be noted that the existing Titanium and Titanium+ variants themselves come loaded up to the gill with a comprehensive range of features. To name a few, the Titanium+’s standard equipment list includes front and curtain airbags, ABS with EBD, ESC, EBA, TCS, HHA, SYNC3 with voice control, automatic headlamps, rain-sensing wipers, Ford Mykey, Keyless entry and go, push button start, parking sensors and so on. 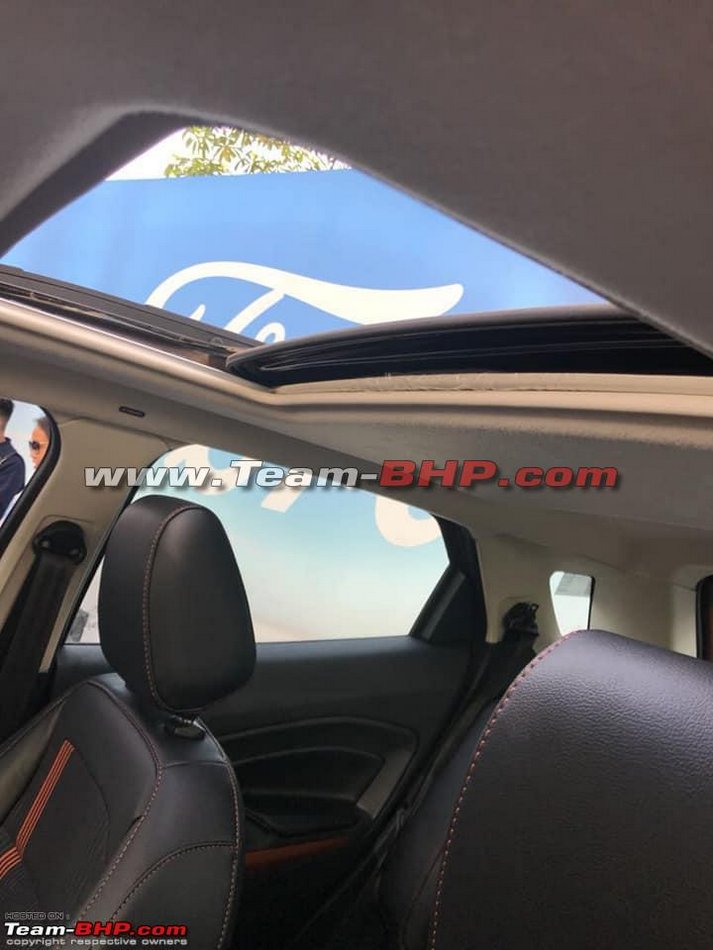 The EcoSport is powered by three-cylinder 1.5-litre petrol and four-cylinder 1.5-litre diesel engines. The former can be had either with a 5-speed manual or 6-speed automatic transmission (with paddle shifters), while the latter is available only with a 5-speed manual gearbox. The petrol motor is good for 123 PS and 150 Nm of torque whereas the oil burner is rated at 100 PS and 205 Nm of torque.

In addition to this, the earlier discontinued EcoBoost 1.0 liter three cylinder engine will also be offered with the EcoSport Signature Edition. It will sit on the top, and will be the most expensive variant of the EcoSport in India. Launch is in May. Some dealerships have already started taking bookings, and have display / test drive cars on offer.