RUSHLANEDAILY AUTO NEWS
HomeCar NewsFord Endeavour Gets a New Grille In Thailand - Will India Get...

Ford Endeavour is currently offered at a starting price of Rs 29.99 lakh and goes up to Rs 35.10 lakh (both prices are ex-showroom)

Even amidst stiff competition in the premium SUV space, Ford Endeavour holds a special place in the hearts of its owners. The Endeavour is one of the heavyweights in its segment along with Toyota Fortuner. However, competition in this space has stiffened quite a bit ever since the recent launch of MG Gloster.

Gloster is a well-rounded SUV with a powerful engine, tons of features and an affordable price making its case as a value for money product in this segment. To counter the effect, rest of the SUVs in this space need to pull up their socks as well. While Fortuner will get a much-needed facelift next year, Endy has received an all-black variant called Endeavour Sport.

In line with this new variant, Ford has introduced a minor update for the Thai-spec model. It is a known fact that the Endeavour retailed in India is brought as a completely knocked down unit (CKD) from Thailand, hence it is very likely that the change incorporated in the Thai spec will also be reflected on the Indian-spec model.

What are the updates?

The most prominent update could be found at the front end. It now receives a honeycomb mesh grille as opposed to the previous chrome slatted grille. The mesh grille is similar to the one found in the Sport variant barring the black finish. 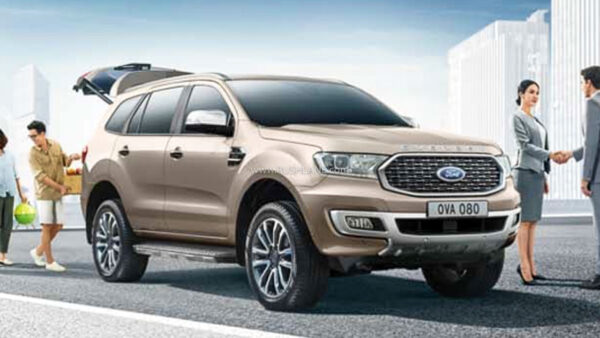 This one gets a chrome finish in order to distinguish the regular variant from the Sport variant. Ford claims it has received feedback from its consumers that customers are preferring the Sport variant’s honeycomb grille over the chrome slatted unit.

It also receives bold ‘EVEREST’ lettering on its bonnet and chrome finish on door handles and ORVMs. We already know that Endeavour is retailed in many international markets as Ford Everest. 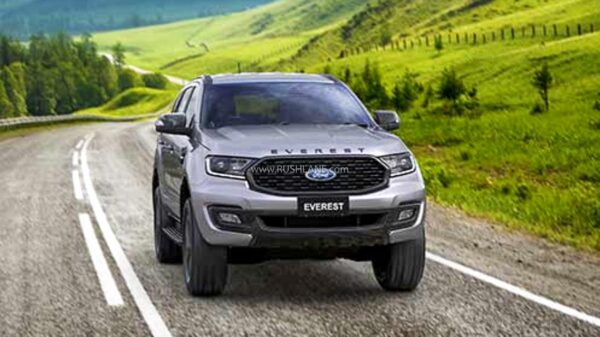 When it comes to India we can expect similar ‘ENDEAVOUR’ badging on the hood. It also receives two new paint schemes including Deep Crystal Blue and Snow Flake White Pearl. Apart from this, there are no more updates.

The Thai-spec Endy is also powered by the same 2.0-litre EcoBlue diesel engine and mated to a 10-speed automatic gearbox. The higher variants get a twin-turbocharged unit generating 213 PS of maximum power and 500Nm of peak torque. Whereas the lower-spec trims receive a single turbocharged unit which produces 170 PS of power and 420 Nm of torque. The same unit with 10-speed automatic transmission is offered in the India-spec Endy.

Ford is currently developing a new generation of Endeavour which has been spotted testing in some places. It is expected to make its debut somewhere around 2022. The current model is priced between Rs 29.99 lakh and goes up to Rs 35.10 lakh (both prices are ex-showroom).