Ford Figo Aspire production comes to an end in India

Ford Motor Company bids good bye to the current Ford Aspire sedan at the company’s plant in Sanand, Gujarat. The last unit was rolled out of production lines with a banner across the windscreen that read the date as 15th March 2018. It is the last of 3,01,394 units of the Ford Aspire produced at this plant while a sticker at the rear read ‘Last Car Body B562’.

With the last of Ford Aspire sedans being rolled out, the company gears up for launch of Ford Aspire facelift, set to launch in India later this year. Ford India had launched Aspire in 2015 when it was called Ford Figo Aspire. 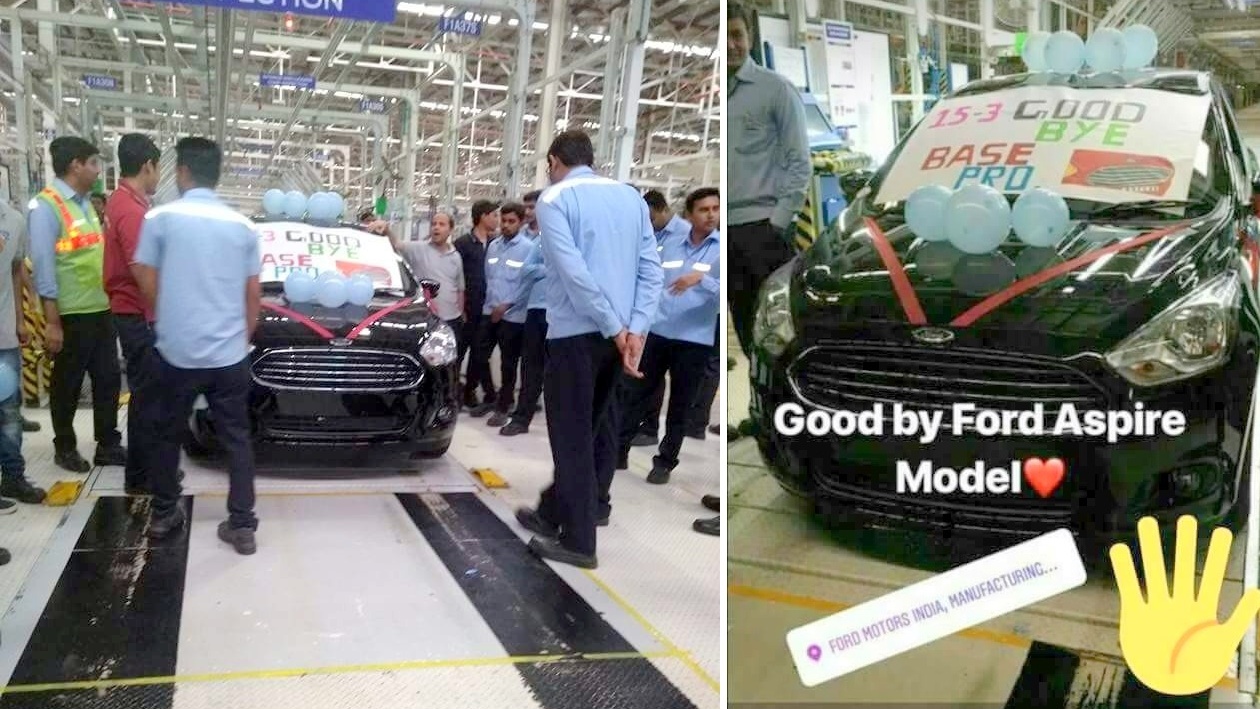 Having dropped Figo name, it was then called Ford Aspire. The current generation Aspire has completed 3 years on sale in India and moved out to make place for the new facelift model.

The updated Ford Aspire facelift will receive both cosmetic updates and a new petrol engine. It will be seen with new alloy wheels, updated front and rear sections and refreshed interiors. It will be powered by a new 1.2 liter, 3 cylinder Dragon series petrol engine offering 94 bhp power and 114 Nm torque mated to a new 5 speed manual transmission. It will see no change in its 1.5 liter TDCi diesel engine which will continue to power its diesel variant. 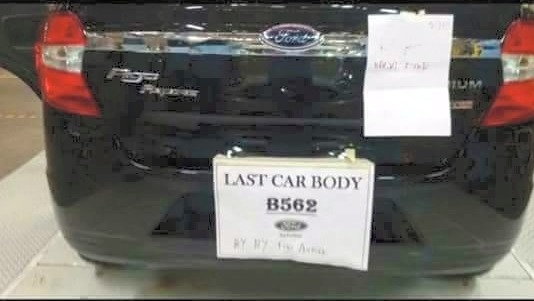 In spite of being in India since 1995, Ford’s market share in the country is about 3%. In spite of having two plants in India, their sales in the domestic market are about a third of what they export.

GM, another American car brand, who was in India since 1997, shut domestic sales and service operations last year. They too failed to make a mark in the domestic market, in spite of being here for over 2 decades. They now use their plants in India only to manufacture cars for the export market. Could Ford India be heading in a similar direction?