All new Ford Figo hatchback and sedan are on sale in many markets across the globe. One such market is Brazil. Last year, Latin NCAP shocked automotive world when they revealed that the new Ford Figo sedan had scored a 0 star safety rating. Now, Ford has sponsored one more crash test, this time of the latest 2018 variant, and the car has scored a 3 star safety rating.

Latin NCAP says, “The Ford Ka, which is produced in Brazil, was tested in 2017 with a disappointing zero star rating for adult occupant protection due to the poor side impact performance. Ford decided to improve the side impact protection of the KA and to sponsor a new assessment of the model in 2018.” Alejandro Furas, Secretary General of Latin NCAP said: “It is encouraging to find more compact models like the Ka being improved; however its basic safety performance is still below the European version.” 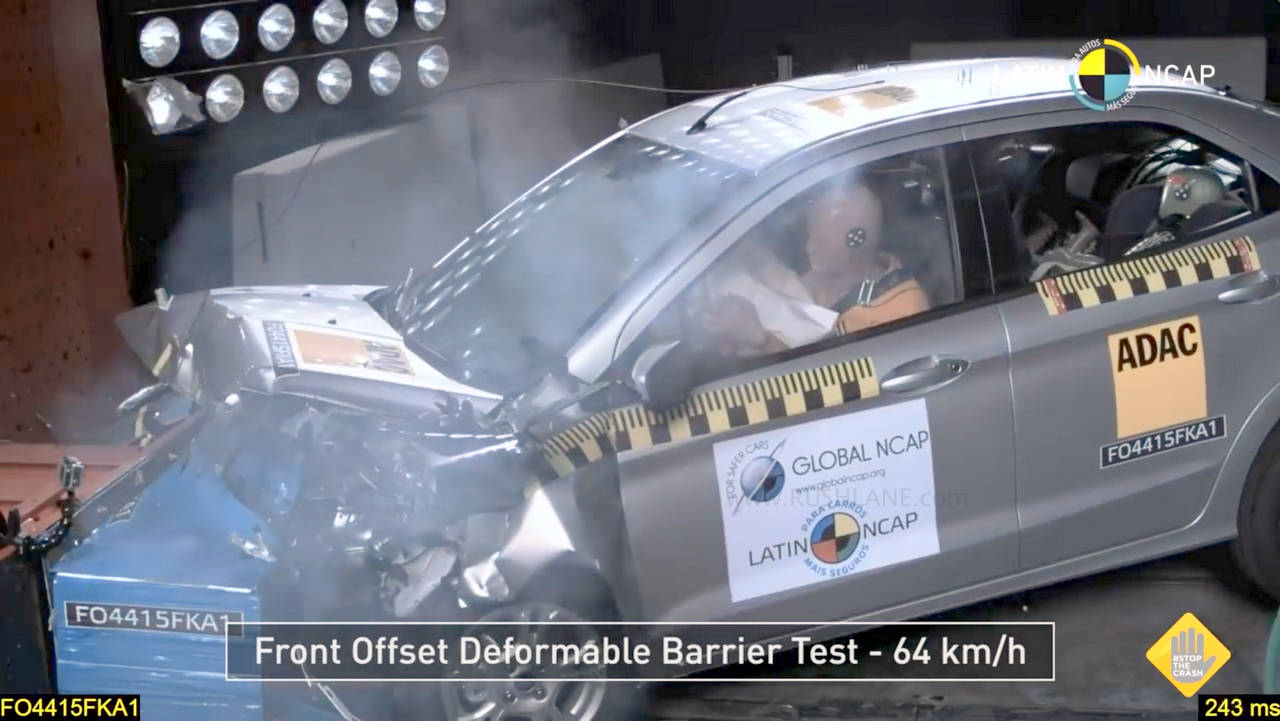 India is all set to get the updated Ford Figo sedan on 4th October. Here, the car will be christened Aspire. Already spied at dealerships, where bookings are open. 2018 Ford Aspire Facelift shares many of its features with 2018 Ford Ka+ hatchback that was launched in Europe. Exteriors have been upgraded to include chrome surrounds for the front grille, new multi-spoke alloys, and stylized front and rear bumpers. The fog lamp unit gets a new C-shaped chrome surround, which gives the car a sporty, grinning face.

Interiors have been upgraded with a new 6.5-inch, SYNC 3 touchscreen infotainment system. With many features now accessible with a tap on the touchscreen, various controls and buttons have been discontinued. This has effectively de-cluttered the dashboard, making it look trendy and futuristic. Another useful addition is the push start-stop button that’s located near the instrument cluster. Interiors continue to sport the dual-tone beige & black colour theme as earlier.

Upgraded transmission is lighter, as compared to the existing IB5 unit. Customers can also choose to opt for a 6-speed torque converter automatic transmission. Diesel variant will continue to use the same 1.5-litre turbocharged engine that delivers 100 PS max power and 215 Nm max torque. The diesel engine is mated to a 5-speed manual transmission.