A Noida based software engineer’s demise has been reported as being charred to death. The incident took place on Tuesday morning at sector Pi-II, Kasna area, Greater Noida. 45 year old Pawan Dhiman’s body has been sent for autopsy.

A resident of Cassia Estate, sector Pi-I, Pawan worked the night shift, and was returning home in the morning, when the incident took place at around 5.30 am close to DPS society. Morning walkers called the police control room to report the incident. Fire tenders too were informed immediately. 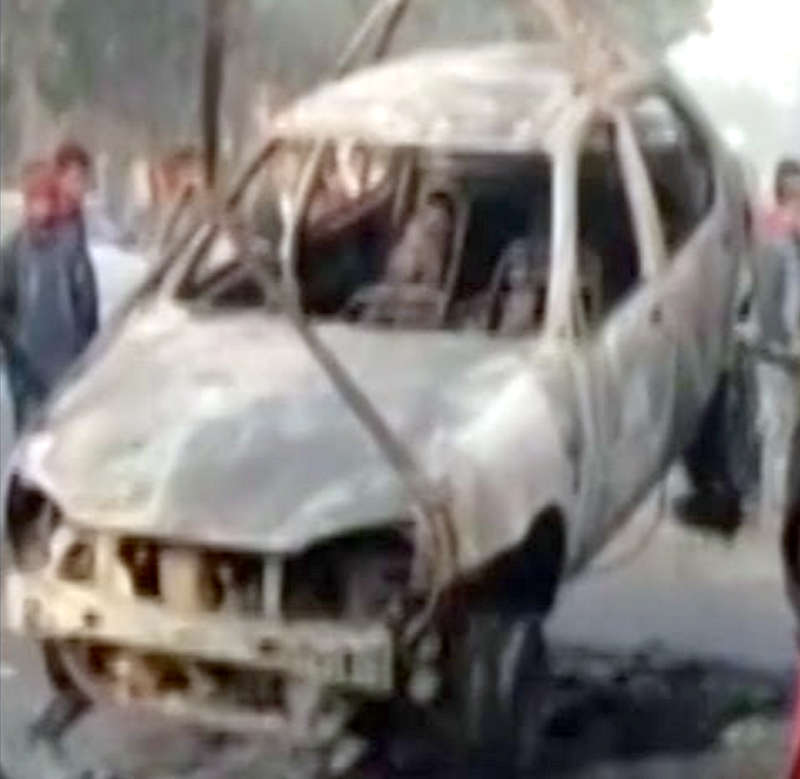 When the coppers got to the scene, the Ford Ikon diesel sedan was already in flames, and the driver was entrapped within. Pawan Dhiman has been identified as a native of Amba, Himachal Pradesh, and lived in Greater Noida with his wife and teenaged son.

The cause of the fire is being investigated. The car doors were locked from inside. “It seems that the car caught fire while running and the victim could not get out in time,” said circle officer 1, Greater Noida, Nishank Sharma.

The victim was identified by verifying vehicle registration. The car was registered in an ex-colleague’s name from whom Pawan had bought the car two years prior. “He never had a chance to flee from the vehicle,” said PC Sharma, a family friend.

As the incident occurred very close to Pawan’s home, the car was also identified by a neighbour, and his family duly informed. Coppers suspect a short circuit may have caused the fire. “It seems there was a problem with the blower which led to the short circuit. We are looking into the matter to see what happened exactly. No complaints have been filed yet. However, the forensic team has collected the evidence,” said the SHO.