In the recent years, several Chinese automakers have stopped taking the easy way out and started making genuine effort in product development. As a result, we have been having a lot interesting vehicles that have what it takes to stand shoulder-to-shoulder with their counterparts from established global brands.

However, the questionable practice of imitating the industrial design of popular international brands and models still remain. One of the latest example of once such blatant copy made its world premiere at the 2020 Auto China in Beijing.

The Foton General G9 pickup truck made no attempts at hiding its visual resemblance to the current generation Ford F150 Raptor. Every single design element of the front fascia has been recreated albeit with slightest of the modifications. 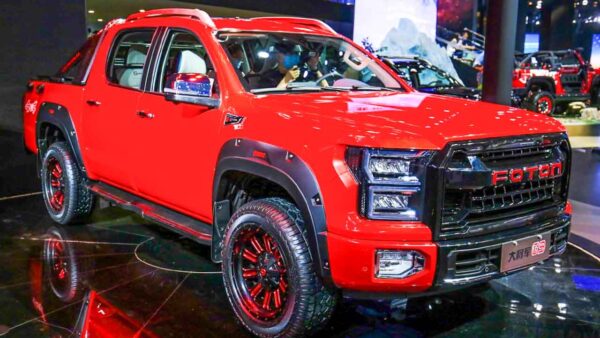 The tailgate and combination lamps are derived from the F150 but overall similarities are striking to say the least. The modern looking interior has nothing in common with the original Ford pickup but things do look very identical to a BMW cabin. Suffice it to say that the Foton General G9 hardly has anything original about it.

The Chinese automaker has also announced a Mulan special edition of its latest truck with a pink paint job to pay tribute to an animated character. Whether or not Ford will be able to legally pursue this matter within the Chinese jurisdiction remains to be seen but it is obvious that the American automaker will not be happy with such obvious reproduction of its trade dress.

The Foton General G9 is available with a pair of diesel engines displacing 2.0- and 2.5-liter, and a 2.0-liter turbocharged petrol unit. While the specifications of the oil burners are not disclosed yet, the petrol motor is reported to develop 238 hp and 390 Nm of torque. All variants are equipped with a 8-speed automatic transmission and 4×4 system. 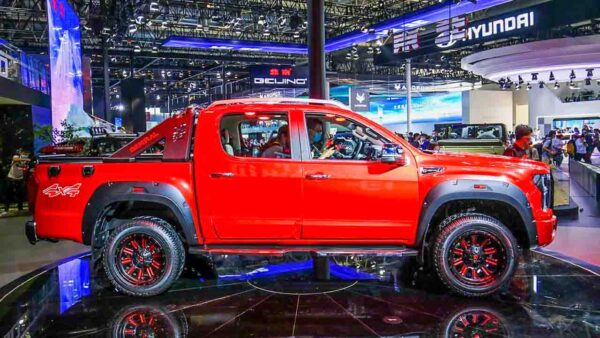 Foton did not speak much about the equipment level at the time of world premiere but we can see the pickup featuring a touchscreen infotainment system, automatic climate control, leather seats, LED headlamps, alloy wheels and so on.

To go on sale later this month in China, the Foton General G9 is starts at 129,800 yuan (around INR 14 lakh) which is almost three times cheaper than the original Ford F150 Raptor in the US market. Though Foton has presence in some international markets, we doubt that it will introduce the General G9 outside China where Ford could build a strong case of design infringement.